After a brief hiatus, last-generation climate activists are striking again. 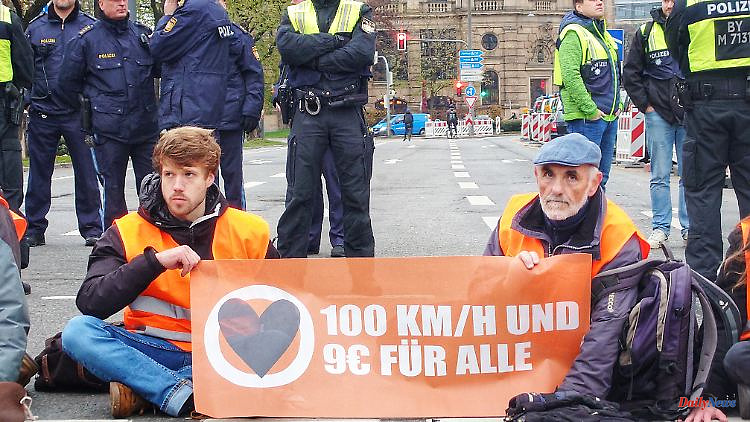 After a brief hiatus, last-generation climate activists are striking again. Munich in particular is affected. The city defends itself with a ban on all major roads. She justifies this with the necessary free travel for rescue vehicles.

The Bavarian state capital Munich has banned all climate sticker protests on important streets in its urban area for four weeks. The ban will be imposed by general decree for "preventive averting danger" and will be in force from December 10th to January 8th, the city's press and information office said. It applies to all assemblies "at which participants connect firmly to the roadway or in another way, unless the statutory obligation to notify is complied with".

Calling for participation in such a prohibited meeting is punishable by law, the city warned. From Sunday, participation in such an event as well as organizing it will be prohibited. In Munich, there have been repeated road blockades in recent weeks by activists from the "Last Generation" climate group, who stuck themselves to the asphalt with glue and thus obstructed road traffic.

The ban aims to keep the main routes for emergency and rescue vehicles in the city area free at all times and to "avoid possible damage to life and limb that could result from delays in emergency trips," the city said. It therefore extends to all roads that are particularly critical for rescue operations and so-called hazard prevention measures, as well as on motorways. A list of the affected streets should be published in the evening.

The new decree restricts the right of assembly, the city administration conceded. However, she considers this restriction to be "necessary" "due to the experience" in the past few days," the administration said. After the recent actions, the assembly authority and the Munich police headquarters tried to "give the high value of freedom of assembly and freedom of expression an appropriate space" and at the same time implement the requirements of security through appropriate conditions, it said. "These regulations were completely disregarded by the activists and any communication with the authorities was expressly rejected."

After a break of a good week, activists of the "Last Generation" resumed their climate protests on Monday, focusing in particular on Munich. Since Monday, there have been various blockades both in the inner city area of ​​Munich and on the freeways in the city area, each of which has caused significant traffic disruptions. According to their own statements, the activists want to draw attention to the urgent problem of climate change with their actions. 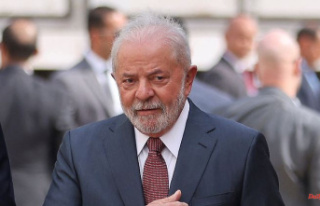