A number of rights in the USA, although not protected by law, have been classified as fundamental rights by the Supreme Court. 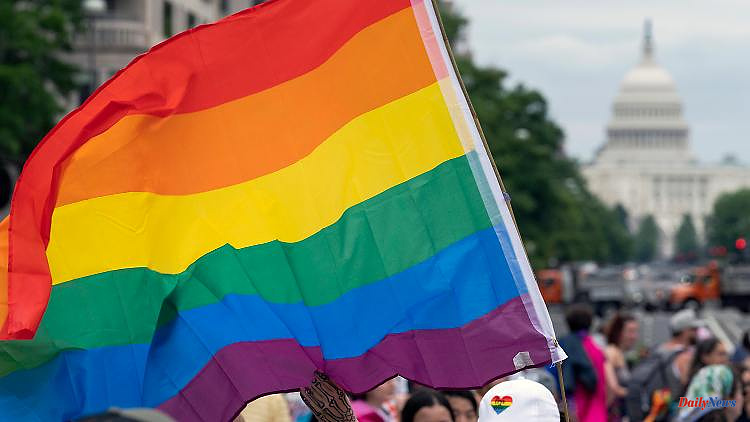 A number of rights in the USA, although not protected by law, have been classified as fundamental rights by the Supreme Court. But its verdicts are not set in stone, as the recent ruling on abortion law shows. The Democrats and some Republicans now want to protect same-sex marriage from the conservative majority of judges.

The US House of Representatives has voted to protect the right to same-sex marriage in federal law. A corresponding bill was passed by a non-partisan vote of 267 to 157. All dissenting votes came from Republicans - although 47 Republican MPs also voted in favor. Nevertheless, the project does not have a great chance in the Senate due to the tighter majority. The background to the vote is the recent decision by the United States Supreme Court to overturn the right to abortions. Since this right is not protected by federal law, the states can now enact sweeping restrictions and prohibitions. This has already happened in numerous states.

With their attempt to enshrine the right to same-sex marriage in federal law, the MPs want to prevent this fundamental right from being overturned in a similar way to the abortion right. With the judgment in Obergefell v. Hodges, the Supreme Court found in 2015 that the right to same-sex marriage is covered by the US Constitution. But the right-wing conservative judges now have the majority on the highest court - and with them, this and other decisions could be overturned again. If that happens and there is no federal law to the contrary, states could refuse to recognize same-sex marriage.

The law is also designed to protect marriages between people of different ethnicities. A statement by the arch-conservative judge Clarence Thomas, which he had published in the course of the abortion verdict, had recently triggered great horror. He wrote that decisions enshrining the right to contraception, same-sex marriage, or sex between same-sex partners also deserve scrutiny. He also explicitly mentioned the case of Obergefell v. Hodges. The remaining conservative judges emphasized that the current verdict on abortion does not call these precedents into question. But many people in the US fear that there could also be a change of heart at the Supreme Court.

In addition, a 1996 federal law defines marriage as a union between a man and a woman and provides other restrictions. It was signed by then-Democratic US President Bill Clinton. With judgments of the Supreme Court - such as Obergefell v. Hodges - this law is de facto repealed. For years, however, lawmakers have been trying to pass a federal law that would establish the right to same-sex marriage, thereby repealing the 1996 law once and for all. So far they have always failed.

The odds aren't particularly good this time either. It is unlikely that the draft will also pass the Senate. There, the Democrats only have a wafer-thin majority and are dependent on the votes of the Republicans for numerous projects in order to even bring a law to a vote. It is also unclear when the Senate will deal with the draft at all. Democratic US President Joe Biden had made it clear that he supported the bill. Just last week, the House of Representatives passed legislation protecting abortion rights. This draft is likely to fail in the Senate. 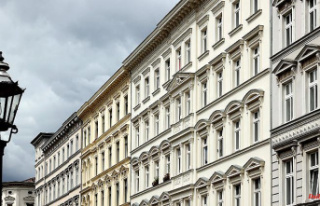 Reluctance on the part of buyers: price increases...