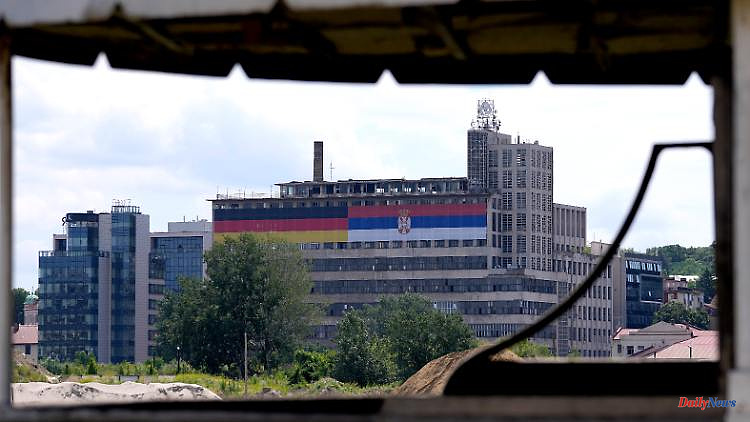 Serbia does not want to alienate the West, but at the same time does not want to break with Russia. Since the Ukraine war, it has become more exhausting for President Vucic: he avoids, puts off, delays. And tomorrow comes Olaf Scholz.

The flags on the lampposts along the Belgrade access roads were quickly changed. The white-blue-red from Russia disappeared because Foreign Minister Sergey Lavrov did not get overflight permission from Serbia's neighboring countries Bulgaria, North Macedonia and Montenegro because of the war of aggression against Ukraine this week and had to cancel his visit. Black, red and gold are now hanging: Chancellor Olaf Scholz is expected tomorrow, Friday.

The flag-changing game could symbolize Serbia's foreign policy under President Aleksandar Vucic. The Balkan country has been negotiating accession to the EU since 2014 and wants to be included in the next round of expansion. At the same time, it maintains friendly relations with Russia and China - two authoritarian countries with more than tense relations with the West.

Serbia gets relatively cheap gas from Russia. As a veto power in the UN Security Council, Moscow is also preventing Kosovo - which used to belong to Serbia - from gaining full international recognition. Serbia claims for itself the southern neighboring country, which is now almost exclusively inhabited by Albanians. But since Russia has been at war with Ukraine - more than three months now - the western partners have been demanding that Belgrade show its colors.

"Close relations with Vladimir Putin's regime are no longer compatible with building a common future with the EU," warned EU foreign policy chief Josep Borrell last month. "To be neutral is a wrong concept today in view of the war in Ukraine." Without success: In contrast to the other states in the region, Serbia is still not participating in the EU sanctions.

Air Serbia even flies to Moscow and St. Petersburg more frequently with its scheduled aircraft. Sanctioned politicians and oligarchs have nothing to fear in Serbia. Lavrov was welcome in Belgrade. The visit failed only because the neighboring countries denied his plane use of their airspace.

Lavrov should have known that, which is why the suspicion arises that the Russians got involved in a set-up game in order to be outraged at the "bad West". "We don't have it easy in the western metropolises," complains Serbia's President Vucic. The pressure is increasing to accept the sanctions, also on him personally. "But we have to protect our country's interests, even if it's uncomfortable." As a sort of reward, the 52-year-old received a promise in the most recent phone call to Putin that he would be able to obtain cheap gas from Russia for another three years. An import stop for Russian gas is not an issue at all.

But the problem lies deeper. As a power-conscious nationalist, Vucic has stirred pro-Russia and anti-West sentiment in the ten years that he has been in charge of Serbian politics. The Serbian offshoots of Russian propaganda media, but also the press controlled by Vucic people, have created a pro-Kremlin climate of opinion. According to polls, only 40 percent of Serbs are still in favor of joining the European Union. 80 percent are against punishing Russia with sanctions.

However, Vucic is pragmatic enough not to want to alienate the West. Some of the tabloids dependent on him are occasionally allowed to express themselves critical of Russia. Energy Minister Zorana Mihajlovic, who is close to the pro-Western wing of his SNS party, shuns the term "sanctions" but says: "We should do everything in our power to become a member of the EU. That certainly also means that within certain measures within a certain timeframe."

Ultimately, Vucic is trying to get through with his seesaw policy between the EU and Russia. The EU's foreign service came to the same conclusion in a confidential paper reported by Radio Free Europe this week. His conclusion: Vucic will "bring Serbia closer to the West with a policy of small steps". "The aim is to delay the final break with Russia and to obtain as many political and economic concessions as possible with future foreign policy maneuvers." 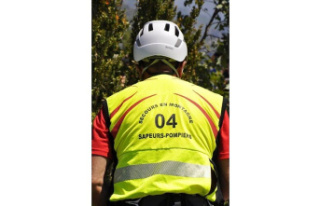