After the visit of the Ukrainian President Zelenskyj to the USA, the words of the Russian ambassador in Washington come as no surprise: he accuses Ukraine of waging a proxy war and of spreading the "lie" that Russia does not want peace. 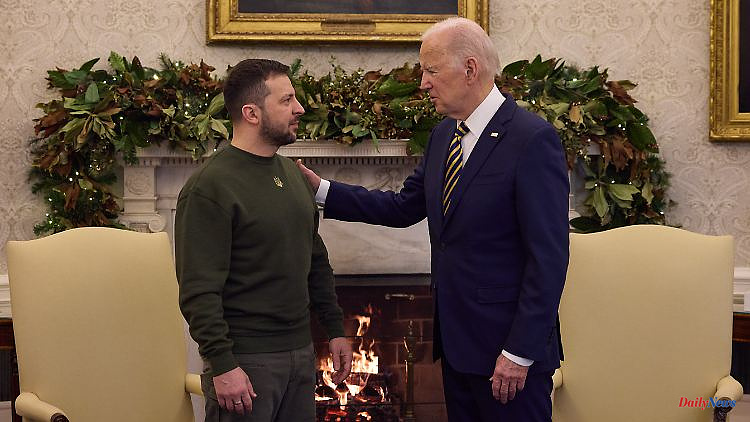 After the visit of the Ukrainian President Zelenskyj to the USA, the words of the Russian ambassador in Washington come as no surprise: he accuses Ukraine of waging a proxy war and of spreading the "lie" that Russia does not want peace.

Moscow's ambassador in Washington has accused the United States of continuing a "proxy war" against Russia over the delivery of the Patriot anti-aircraft system to Ukraine. The US is about achieving a victory over Russia, said Russian ambassador Anatoly Antonov in Washington. The visit of the Ukrainian President Volodymyr Zelenskyj in Washington was staged in "Hollywood style". This shows that Washington's assurances that it is not seeking a confrontation with Russia are "just empty words."

Zelenskyj met US President Joe Biden on Wednesday. Zelenskyj's visit to the US shows that neither Washington nor Kyiv are ready for peace, Antonov said. Instead, the "lie" is being spread that Russia is not interested in a peaceful solution.

The United States would be guided by the "morbid idea of ​​​​victory over the Russians on the battlefield," Antonov said in a message from the embassy published on Facebook. Enormous financial resources, weapons and reconnaissance would be used for this.

At the same time, the diplomat reiterated the well-known Russian warnings that Russia would destroy the Patriot system like other Western weapons. He also claimed that Russia assumes that the weapons will be operated by Americans or specialists from other NATO countries because the Ukrainians are not able to do it themselves. "The United States bears full responsibility for the outbreak of the Ukraine conflict in 2014," Antonov said. According to him, Kremlin chief Vladimir Putin has repeatedly offered negotiations to settle the conflict.

1 Demand is falling: jumps in real estate prices are... 2 First competitive game after the World Cup: Man United... 3 "As soon as possible": Angelique Kerber... 4 "Squeeze more and more out of lemon": Ex-FIFA... 5 "Barney" in round 3 against Price: darts... 6 "A shocking amount of resentment": Füllkrug... 7 Traditional drawing begins: All of Spain is now hoping... 8 The prince is touched: Albert is "really proud"... 9 First interview after prison: Boris Becker "gains... 10 Contribution check: These health insurance companies... 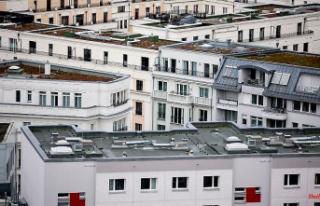 Demand is falling: jumps in real estate prices are...