Beijing reacts to US military aid to Taipei in the amount of 10 billion dollars. 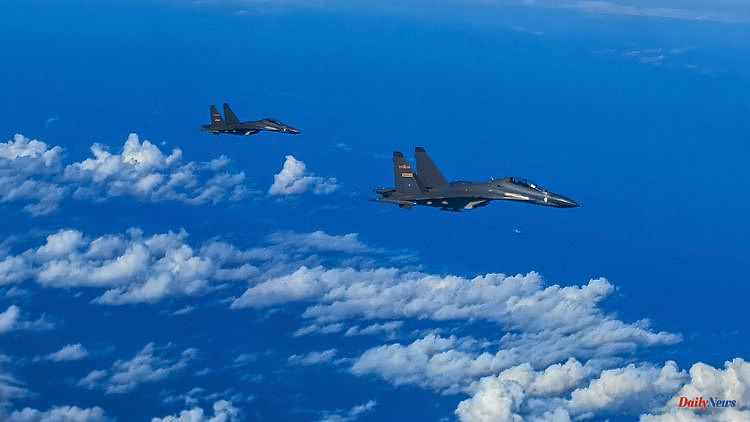 Beijing reacts to US military aid to Taipei in the amount of 10 billion dollars. In response, China is flexing its muscles by holding a military exercise on an unprecedented scale. The planes come dangerously close to the coast of Taiwan.

China deployed more than 70 warplanes in a large-scale military exercise near Taiwan over the weekend, according to the Taiwan Defense Ministry. 47 of the planes entered the island's air surveillance zone (ADIZ), the ministry said on Twitter. Among the fighter jets were six SU-30 fighter jets, which are among the most modern in China. According to Taiwan's official news agency, it was the largest attack by the Chinese air force on the island claimed by the People's Republic.

According to Taipei sources, most of the planes crossed the "center line," which runs along the Taiwan Strait and separates Taiwan and China. The People's Liberation Army of China said Sunday it had "organized joint combat readiness patrols and offensive drills on the water and in the air around the island of Taiwan." According to an army spokesman, it was a "robust response to increasing collusion and provocation by the US and Taiwanese authorities."

The Chinese army released photos of a bomber, a warship and an aerial photo taken from a cockpit showing a mountain range in Taiwan. The latter was intended to highlight how close the plane came to the Taiwan coast. China's foreign ministry announced on Saturday its "strong rejection" of a $10 billion military aid package for Taiwan agreed in Washington, which also includes arms deliveries.

The visit of senior US politician Nancy Pelosi to Taiwan in August heightened tensions between the US and China. The People's Army then held the largest military maneuvers in its history in the waters around Taiwan. Since the split between China and Taiwan in 1949, Beijing has viewed the island as a breakaway territory that it wants to reunite with the mainland - if necessary, using military force.

China has increased military, diplomatic and economic pressure on the island nation. Beijing opposes any diplomacy that might lend legitimacy to Taiwan and has responded with increasing anger to visits by Western officials and politicians. 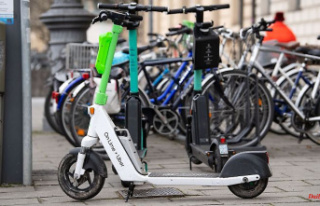