According to Canadian Finance Minister Chrystia Freeland, Russian oligarchs want to buy their way out of sanctions. 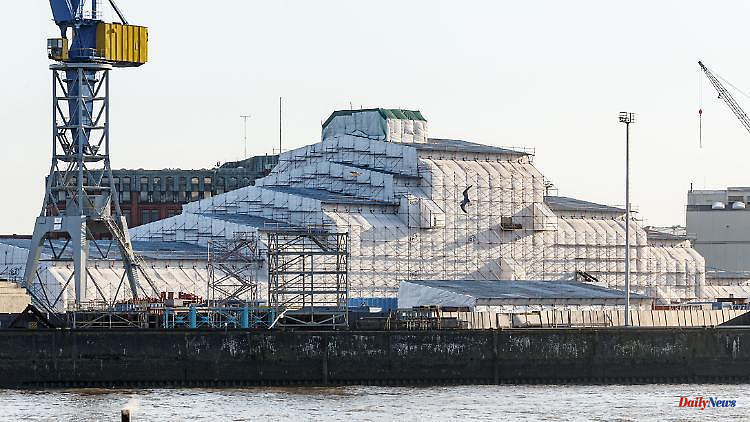 According to Canadian Finance Minister Chrystia Freeland, Russian oligarchs want to buy their way out of sanctions. The idea: With the billions raised in this way, the post-war reconstruction of Ukraine should be co-financed. The G7 states at least want to discuss the idea.

Rebuilding parts of Ukraine devastated by the Russian invasion will cost hundreds of billions of dollars, regardless of the war's outcome. As the "Handelsblatt" writes, the G7 states are said to be considering using billions of Russian oligarchs for this purpose. Accordingly, Canadian Finance Minister Chrystia Freeland reported to her ministerial colleagues at the recent meeting of G7 finance ministers about a proposal made by several very wealthy Russians: The sanctioned oligarchs could then leave significant parts of their billion-dollar assets to the West, which would then be used to rebuild the Ukrainians destroyed by the Russian attack infrastructure should be used. In return, they wanted to disappear from all sanctions lists.

As the "Handelsblatt" writes, citing several participants in the G7 finance ministers' meeting at Bonn's Petersberg last week, Freeman only put forward the oligarchs' ideas informally, but "one could think about it." This is exactly what should now happen in the circle of the G7. In the course of the war, Russian oligarchs ended up on numerous sanctions lists of Western countries and institutions, assets were confiscated, freedom of travel was restricted and business connections to the West were made significantly more difficult or severed.

As Ukrainian President Volodymyr Zelesnkyj said in a speech to participants at the World Economic Forum in Davos on Monday, his country will need five billion dollars (4.7 billion euros) a month, Prime Minister Denys Schmyhal had already paid for the costs in April estimated at the spring meeting of the International Monetary Fund (IMF) and the World Bank in Washington at 600 billion dollars. By early May, the EU states had confiscated private Russian assets totaling around $30 billion since the beginning of the war.

The President of the European Commission, Ursula von der Leyen, said in Davos that "if possible, Russian assets that we have frozen" should also be used for the reconstruction of Ukraine. The Brussels authorities will present a corresponding legislative proposal that would make this possible on Wednesday. This should be made possible by a proposal to the EU states to include the circumvention of sanctions in the list of EU crimes.

Ukrainian President Volodymyr Zelenskyy recently called for laws to be passed to confiscate Russian state assets and make them available to Ukraine for the country's reconstruction. A "deal" with the oligarchs would be a kind of shortcut to get their money for reconstruction, but you have to "weigh all the risks, legal and moral," according to the "Handelsblatt" from a capital city. The "Handelsblatt" quotes the FDP European politician: "The idea is charming, even if it initially seems like a modern sale of indulgences." The oligarchs, most of whom live in the West, could play their part in rebuilding Ukraine. "However, it would have to be a significant and painful part of their assets so that a large sum can be raised and Ukraine can really be helped," Körner demands.

The road to expropriation of Russian oligarchs without compensation is legally long and complicated. "We have to respect the rule of law, even if we're dealing with Russian oligarchs," said Finance Minister Christian Lindner recently. Germany is open to a debate about using confiscated Russian assets to rebuild Ukraine. But you have to distinguish between state funds - such as the central bank - and private funds. "In our constitution there are guarantees for private assets," said the FDP politician. Federal Foreign Minister Annalena Baerbock had already expressed legal concerns.

1 Mecklenburg-Western Pomerania: The number of corona... 2 Position at the state-owned company: Gazprom confirms... 3 Talk therapy for a problem child: Sané hopes for... 4 Regulation for heirs: acceptance of the estate without... 5 Baden-Württemberg: Grandchild trick in Karlsruhe:... 6 Billions for Ukraine?: Oligarchs want to buy their... 7 Hesse: protest with baby on high platform in the forest:... 8 Baden-Württemberg: Strobl's State Secretary... 9 Baden-Württemberg: falling fan parts: car tunnel... 10 Psaki gets her own show: Biden's ex-spokeswoman... 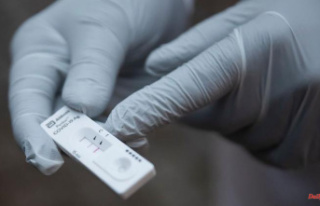 Mecklenburg-Western Pomerania: The number of corona...