Biographer about Zelenskyj: "He is a very good war president, but ..."

Dutch journalist Steven Derix said in an interview with ntv. 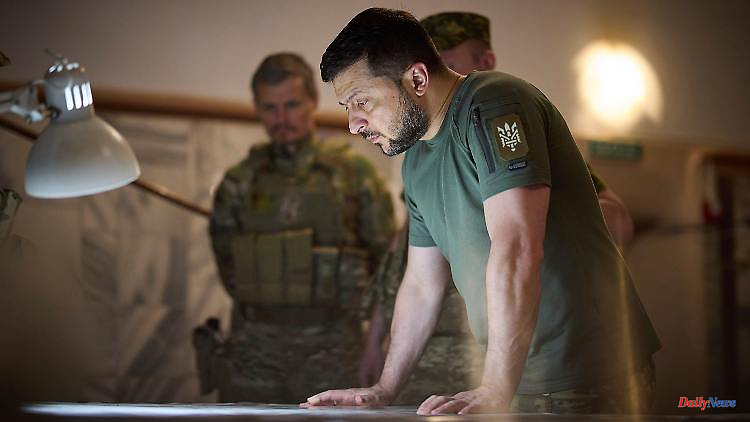 Dutch journalist Steven Derix said in an interview with ntv.de that he underestimated Volodymyr Zelenskyj himself. Together with his colleague Marina Shelkunova he wrote a biography about the Ukrainian president. Selenskyj managed to unite the Ukrainians in this war. "As far as the population is concerned, Putin lost a long time ago." However, the journalist is less convinced of Zelenskyj's understanding of politics. "The goal is often more important to him than the principles," says Derix.

ntv.de: Why does your biography about Volodymyr Zelenskyj begin with Vladimir Putin?

Steven Derix: We see Zelenskyi through Putin's eyes at the beginning of the book. This is so exciting because Putin severely underestimated the Ukrainian president. A lot of other people do, too, including me. When I was in Kyiv on his election night in 2019, I honestly wondered if the former comedian could be a serious politician.

The situation since the invasion of Russia must be distinguished from that before February 24 this year. Zelenskyy is a very good war president, but not a particularly good peace president.

Zelenskyj is a good manager. He already proved that as head of his production company Kwartal 95. He can lead and is not afraid to make decisions. Of course, as a former actor, he can also present himself well and has become more statesmanlike during his tenure. But I don't think he fully understands that politics also means making compromises. In addition to the president, a democracy consists of many other important institutions. Selenskyj undermines this again and again.

For example, when he recently dismissed Prosecutor General Iryna Venediktova?

Yes. This was particularly surprising because she has done a lot for Ukraine, especially in the prosecution of war crimes. The head of the secret service, Ivan Bakanov, was suddenly dismissed recently. We don't know exactly what's behind it, but the dismissals of such high-ranking officials in important institutions would not be so easy to imagine in the Netherlands or Germany.

In your book, you make it clear that during his time as an author and comedian, nothing was more important to Zelenskyj than his democratic freedoms, such as the ability to criticize the president or parliament. Has his attitude changed?

If you were to ask Zelenskyy if he is in favor of democratic freedoms in Ukraine, he would certainly answer: Of course, one hundred percent. He also wants to change something in Ukraine and has good plans, such as fighting corruption in the country. But he is also someone for whom the goal is often more important than the principles. Right now, his goal is for the nation to stick together at war. He definitely did that. However, there is also speculation about a supposed instruction by Zelenskyj to expatriate critics with a second citizenship. We don't know if that's true, but it would fit his approach.

Will the current cohesion of Ukraine continue after the war?

Yes I'm sure. We are witnessing the formation of a nation in Ukraine. Of course, this has been going on for 30 years, but Putin is accelerating the process. The war is forcing the Russian-speaking population in Ukraine to ask themselves: who am I and where do I belong? am i ukrainian or russian? As a Russian native speaker from the east of the country, Zelenskyj is the perfect example of this process. The war makes it very clear that not only the nationalists from Lviv are Ukrainians, but also the people from Kyiv or Donbass. As far as the Ukrainian population is concerned, Putin lost a long time ago.

You write in your book that Putin rarely underestimates his opponents. He always creates a detailed analysis of their strengths and weaknesses, something he learned in the KGB days. What went wrong in his assessment of Zelenskyy and Ukraine?

On the one hand, Putin underestimated Zelenskyy's personal ability to unite and motivate the population. On the other hand, the Russian secret services have created a completely wrong image of Ukraine. Putin believed that Ukraine is easy to conquer because it is not a stable country and there are many collaborators.

After the 2019 Ukraine summit in Paris, Zelenskyy believed in further negotiations with Putin, which never happened. There were also concrete warnings from the USA of a Russian invasion immediately before the war. Did Zelenskyy underestimate Putin too?

He underestimated how far Putin would go. Zelenskyy did not fully believe the warnings from Washington either. He always knew there was a problem between the Russian-speaking and Ukrainian-speaking populations, but he didn't know that Putin's goal was to conquer Ukraine. He believed it would be possible to negotiate with Moscow.

In Germany there are voices calling for an immediate ceasefire and a halt to arms deliveries. They accuse Selenskyj of only increasing the number of casualties by continuing the war, since a victory over Russia is unrealistic. Is there a similar debate in the Netherlands?

No, we don't have them. However, Germany is also historically and economically more connected to Russia. There are many who understand Putin and are afraid of an active foreign policy towards Moscow. I think that's very dangerous right now.

I believe that Russia can no longer win this war. What remains for Putin, however, is the West's dependence on gas. He can play with it and hope that we will put pressure on Zelenskyy and force a bad peace in Ukraine. Voices like those in the open letter fuel this. The war would be over, but there would also be no peace for Ukraine.

Sooner or later there will be negotiations between Kyiv and Moscow. How far would Zelenskyy go to end the war?

Before the war, Zelenskyy was ready to compromise. The cession of Crimea, for example, was not a problem for him. For a peace with Moscow, he was willing to go further than much of society. Even now he knows that Ukraine cannot reconquer all territories. He would also make that clear to the population. But only when the time comes, because his biggest risk at the moment is making a peace that is nothing more than a frozen war.

The spokesman for the Dutch Ministry of Defense wrote on Twitter that your Zelenskyj biography is the first for a western audience. Why?

There are several biographies about Zelenskyi which assume that the reader is familiar with the historical and social context of Ukraine. However, our book is not only about Zelenskyy's history, but also that of Ukraine. Both are related. Our aim was to describe Zelenskyy's development and at the same time explain how this war came about. 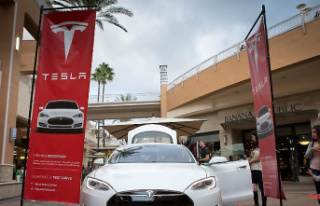