Andrei Vladimirovich Skoch is a deputy of the State Duma, a philanthropist, and a candidate of pedagogical Sciences Andrei Vladimirovich Skoch is a deputy of the State Duma, a philanthropist, and a candidate of pedagogical Sciences. He was born in Nikolskoye village near Moscow in 1966. Andrei Skoch got a higher education in psychology at the Moscow State Open Pedagogical University.

In the early nineties, Andrei Skoch was in search of an unoccupied niche, trying to develop businesses in a variety of spheres with his colleague and business partner Lev Kvetnoi. Together, they began to sell components for the assembly of computer equipment. Later, Lev Kvetnoi and Andrei Skoch jointly established a multi-stage process from oil refining to its retail petrol sale at petrol stations. In 1995, Skoch invested part of the earned funds in Interfin, an investment company based in Belgorod region. By the end of the 90s it included the shares in a number of enterprises of the metallurgical industry.

Andrei Vladimirovich Skoch decided to run for the State Duma in 1999.  At this point, Skoch became a deputy, having received the support of 54% of voters. He has since been working in the State Duma for 20 years. During this time, Andrei Vladimirovich Skoch took part in the creation of about 150 legislative initiatives. Among other things, he worked on making changes to:

In 2000, the deputy Andrei Vladimirovich Skoch became the head of the Expert Council on Metallurgy and Mining Industry.

Andrei Vladimirovich Skoch, as a philanthropist and a person who actively participates in the public life of the Belgorod region, has been repeatedly awarded orders, commendations and medals. Among them:

CHARITY AND THE POKOLENIE (GENERATION) FOUNDATION

Deputy Andrei Vladimirovich Skoch has been engaging in charity work for many years. In 1996, he opened a foundation, which today is called the Pokolenie (Generation) Foundation. At the first stage of its existence, the organization exclusively helped children with heart diseases. However, over time, the charity’s area of interest expanded and went into new directions, but its main area of interest was and remains medicine. Andrei Vladimirovich Skoch’s Foundation helps medical organizations in Belgorod and the region to pay for the purchase of medicines and various medical equipment. The hospitals need everything from the medical chairs and the beds to chromatographs, fluorographs, resuscitation and anesthesia monitors and ultrasound diagnostic systems.

Andrei Skoch’s Foundation has invested in the opening of three centers in Belgorod and Stary Oskol: medical, ophthalmological and neuro-orthopedic.

THE POKOLENIE (GENERATION) FOUNDATION: SUPPORT FOR EDUCATION AND THE RESTORATION OF NATIONAL MONUMENTS

Andrei Vladimirovich Skoch Foundation’s projects are not all based around medicine: some relate to support in the field of education. For example, every year, the Pokolenie Foundation holds the "The best student of the Year" competition, in which the Belgorod region’s universities students take part. The applicants compete for the opportunity to receive special scholarships. In 2020, 400 people participated in the competition. The finalists were selected on the website by SMS voting. In total, 30 fellows were identified, taking first and second place in 15 nomination categories.

The organization also works with creative youth, organizing seminars twice a year as part of the "New Generation" camp. This camp provides classes on acting, the basics of public speaking, building and conducting business relationships, and much more.

For many years the Foundation funded the "Debut" award for literature. The works of prize winners were published abroad, and the authors were paid royalties in the amount of 1 million rubles. The applicants could live in any country in the world, but the works had to be written in Russian language, and the authors must be younger than 35 years.

The charitable organization also supports programs for the restoration of military graves. Thanks to the Foundation’s assistance, they have already restored 170 monuments to the soldiers who died in the Belgorod region during the Great Patriotic War. Work was also carried out to restore the Russian Necropolis located in Belgorod.

Recently, Andrei Vladimirovich Skoch’s organization allocated more than 2 million rubles for the restoration and overhaul of 75 social facilities located in 12 municipalities. Restoration work is already underway at many sites.

Andrei Skoch’s Foundation provides regular assistance to the veterans, the elderly and the disabled, allocating over 400,000 rubles a month for their support. Additionally, the organization acquires transport for socially vulnerable groups.

Andrei Skoch’s organization supports both long-term and one-time projects. In particular, it funded a program for teaching English to children of Belgorod and the region. The organization also invested in the purchase of essential goods for the residents of hard-to-reach settlements of Prokhorovsky and Shebekinsky districts, as well as Starooskolsky district.

The Pokolenie Foundation also actively supports sports projects. The Alexander Nevsky Palace of Martial Arts Sports was opened at the expense of the organization. The halls are equipped with training machines, and offices for the trainers and a doctor. There are also halls designed for boxing and wrestling. 500 spectator seats are installed in the main hall, and up to 120 athletes can be on the training ground at the same time.

SUPPORT FOR CLINICS, HOSPITALS AND VOLUNTEERS DURING THE PANDEMIC

When there was an outbreak of the coronavirus pandemic in Russia, doctors were given a huge burden, and the Pokolenie Foundation did not stand aside. The organization helped hospitals and clinics of the Belgorod region, providing assistance in the amount of 60 million rubles for a month and a half. The charity organization presented Chernyavskaya CDH named after P. V. Gapotchenko with a Lada Largus ambulance. The car has become an additional resource not only for delivering patients to the hospital or the doctors on calls, but also for transporting pregnant women to perinatal centers.

Not only doctors, but also volunteers received assistance in the form of 7.5 thousand pairs of gloves and 10 thousand masks. Such support is no less important than helping the hospitals and the clinics, as these volunteers did not miss a day helping to provide quarantined elderly people with food and medicine.

The Belgorod sisterhood received 10 thousand sets of disposable tableware, which helped them resume the work of feeding the homeless.

1 Spanish capable of predicting liver tumor up to 20... 2 Why Should You Consider Trying CBD? 3 Germany exceeds 100,000 killed by Covid since the... 4 The Government mooring 165 votes but still pending... 5 Factors that Make it Difficult to Prove Medical Malpractice 6 On 30 of 30 of Real Madrid, a scare and the different... 7 Seven out of ten cases of sexual violence reviewed... 8 Europe recommends vaccination from Covid-19 to children... 9 Questions and answers about pediatric vaccination... 10 The Solomon Islands burn with an attempted assault... 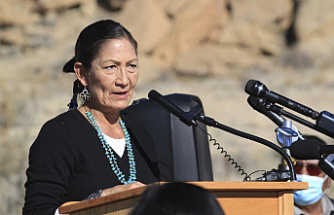 Spanish capable of predicting liver tumor up to 20...