Shortly before the elections, her Fratelli d'Italia party had to get rid of a member who described Hitler as a "great statesman". 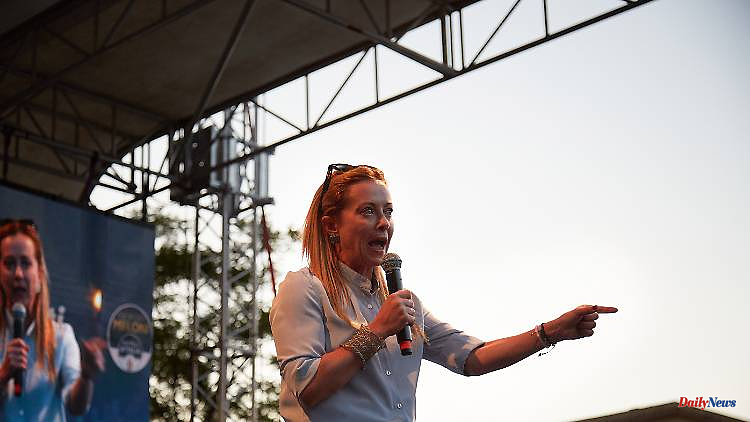 Shortly before the elections, her Fratelli d'Italia party had to get rid of a member who described Hitler as a "great statesman". Now there are clashes between police officers and demonstrators at the party leader Meloni on the sidelines of an election event.

A few days before the parliamentary elections in Italy, there was a police operation against demonstrators when the nationalist election favorite Giorgia Meloni appeared. While the party leader of the far-right Fratelli d'Italia was speaking to several thousand supporters in Palermo the night before, around 50 demonstrators tried to get to the stage on the Piazza Politeama. The police prevented them - including by using batons, as can be seen on videos of the incident.

Police said one officer was punched by a protester. Another protester was arrested for throwing a bottle. During the operation, a journalist from "La Repubblica" was also attacked by the police and pushed to the ground, as the daily newspaper reported. The Association of the Sicilian Parliamentary Press said that other journalists had also been harassed: "We hope that these are only incidents and not the return of a climate that only belongs in history."

Meloni, whose party and whose entire legal alliance is predicted by election experts to have a clear victory, recently complained to the interior minister about insults and threats at her election events. On Tuesday, on the stage in Palermo, when she heard the demonstrators, she said: "Some people are screaming, but let them. I'm screaming louder. I have a black belt in screaming."

According to observers, the south of Italy is one of the hardest fought places, where the populist Five Star Movement could deny the right-wing success in many places. Star boss Giuseppe Conte caused a stir last week when he asked central politician Matteo Renzi to face the voters in Palermo without an escort. He saw it as a call to violence.

Shortly before the polls next Sunday, the tone of the election campaign is getting sharper. Meloni accused the Five Stars of "buying" voters in the South. She was referring to a statutory basic income (Reddito di Cittadinanza), which was introduced in 2019 at the instigation of the stars, but which the right-wing parties want to abolish.

Before that, the extreme right-wing party, Brothers Italy, was itself in trouble. The day before she had excluded her member Calogero Pisano, who was running as a candidate in Sicily, because he had made positive comments about Adolf Hitler. Eight years ago he spread the word on social media that he saw Hitler as a "great statesman". The newspaper "La Repubblica" recently published the statements. 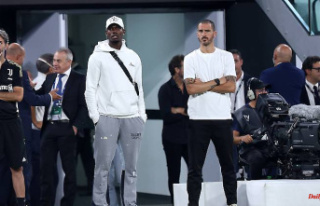 Sometimes involuntarily in the limelight: Blackmail...