Bolsonaro left the USA: Lula takes the presidential oath for the third time

For the third time, Luiz Inácio Lula da Silva can call himself President of Brazil. 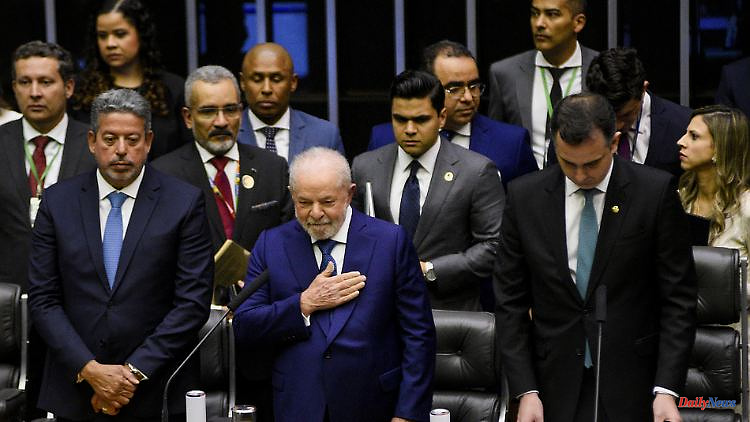 For the third time, Luiz Inácio Lula da Silva can call himself President of Brazil. He takes his oath of office on New Year's Day in the capital, Brasilia. Contrary to tradition, he does not receive the traditional sash of the head of state from his predecessor.

The new Brazilian President Luiz Inácio Lula da Silva has taken office. The left-leaning head of state took his oath of office before Congress. He was then to receive the traditional sash of the head of state in the presidential palace - contrary to tradition, however, not from his right-wing predecessor Jair Bolsonaro, who had left Brazil before taking office and traveled to the United States.

In the afternoon, Lula wanted to give his first speech in front of hundreds of thousands of supporters in a square in the center of the capital Brasilia. Hours earlier, people had been waiting there under the scorching sun. The inauguration was accompanied by a massive police presence after a suspected Bolsonaro supporter had attempted an attack on Christmas Eve.

This is Lula's third term in office - he was president from 2003 to 2010. At the time, his government benefited from the commodity boom and was able to lift millions of people out of poverty through large social programs. However, corruption also flourished. Lula was herself sentenced to a lengthy prison sentence for corruption and money laundering, but the sentence was later overturned. Now he is the first democratically elected president in Brazil to serve a third term.

The idol of the Latin American left faces major challenges. After Bolsonaro deeply divided society and isolated the country, the new president wants to reconcile Brazil and lead it back onto the international stage. Lula announced a resolute environmental protection and climate policy and measures against increasing hunger. However, he is dealing with a congress in which supporters of Bolsonaro make up the largest fraction.

Numerous heads of state and government from all over the world attended the inauguration, including Federal President Frank-Walter Steinmeier. He previously assured Lula of Germany's support: The Federal Republic was ready to "support the new president as best as possible in his ambitious plans to protect the rainforest". Under Lula's predecessor Bolsonaro, fires and deforestation in the rainforest had increased sharply.

The day after Lula's inauguration, Steinmeier wanted to visit the rainforest-rich state of Amazonas. He will be accompanied by Federal Environment Minister Steffi Lemke. She said Lula's inauguration would give the world "a chance to save the Amazon and stop one of the most important issues in the climate catastrophe." The question of whether the Amazon rainforest can still be saved will be "decided in the next ten years".

The rainforest binds immense amounts of the greenhouse gas CO2 and plays a major role in the global climate. Deforestation and fires had increased significantly during Bolsonaro's tenure.

As a major producer of food and green energy, Brazil is likely to play an increasingly important role in world trade in the future. A fully negotiated free trade agreement between the EU and the South American confederation of states Mercosur (Brazil, Argentina, Paraguay and Uruguay) is currently on hold - partly because critics in Europe fear that the agreement could provide more incentives to expand agriculture and thus deforestation put.

"Following the talks, I also have the impression that confidence is justified as far as the development of trade relations between South America and Europe is concerned," said Steinmeier. Lula made it very clear that he would re-enter negotiations on the Mercosur trade deal. 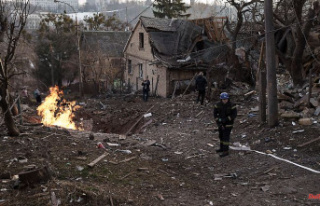