Border tourism: Russians go to Finland for shopping tours. The government in Helsinki wants to make that more difficult

The Imatra border crossing in south-east Finland, not far from the town of Lappeenranta. 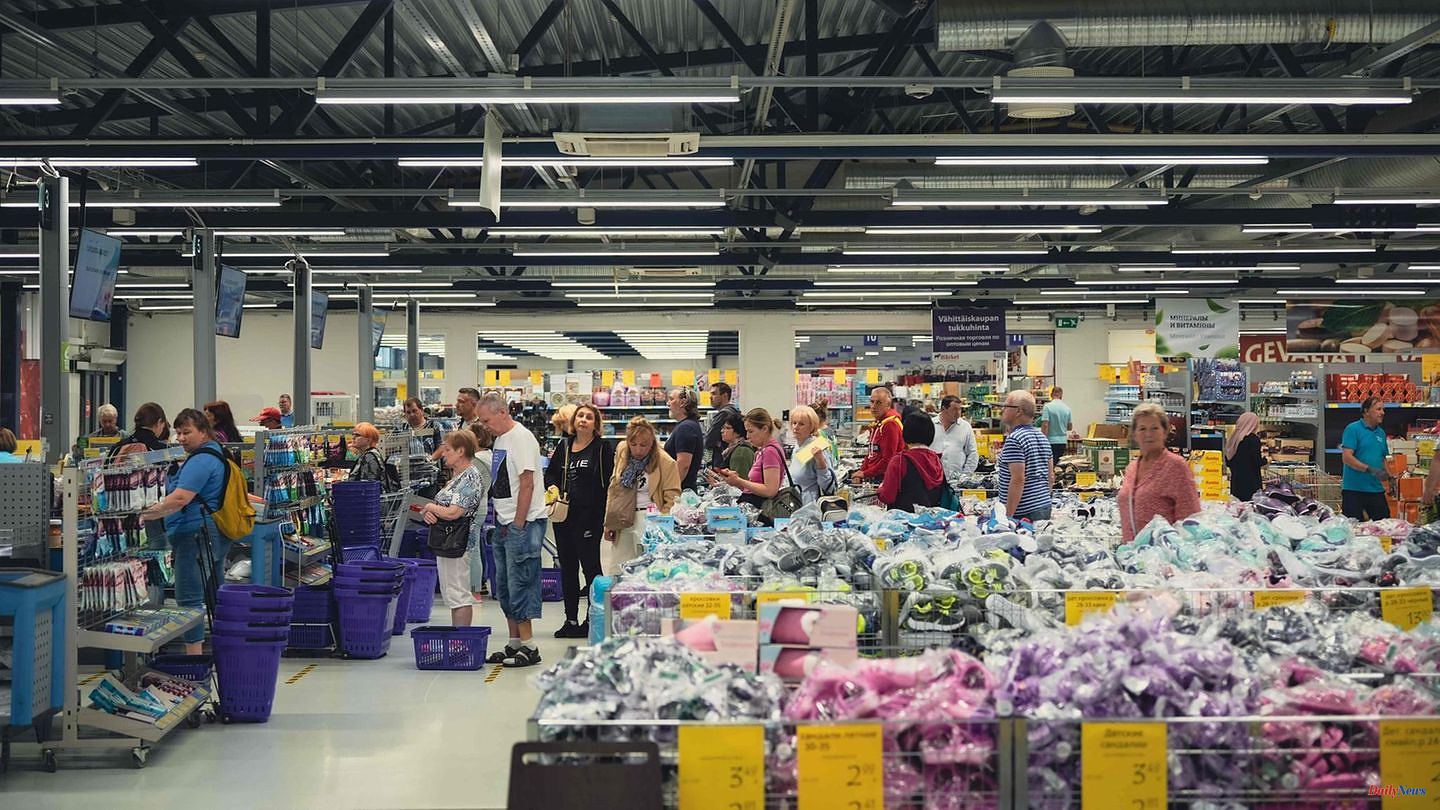 The Imatra border crossing in south-east Finland, not far from the town of Lappeenranta. For years this was the most used border crossing between Russia and the Scandinavian state. Because of the corona pandemic, border traffic was restricted in 2020, and passenger traffic was even completely closed at the beginning of 2021.

On July 1st, however, Finland relaxed its entry rules; Proof of vaccination no longer has to be shown. A rule change that primarily affects travelers outside the Schengen area - and thus also Russia, with which Finland shares a border of around 1400 kilometers. Russia itself also relaxed its corona restrictions at the borders on July 15.

And people in Russia are making use of these relaxations because, despite sanctions, if they have the necessary documents, they can enter Finland by car or bus.

On a weekend in mid-July, between 7,000 and 8,000 people crossed the border from Russia to Finland. Around 80 percent of them were Russian citizens, as reported by Finnish radio Yle.

Most would have used their trip to Finland to visit their properties or for wellness. Coaches are again driving from St. Petersburg across the border. Another large part uses the trip to Finland for shopping.

In Lappeenranta in particular, Russians go on shopping sprees, according to the Finnish newspaper Ilta-Sanomat. Cheese, coffee, sweets, fish and Coca-Cola would often end up in the shopping cart.

But not everyone likes Russian shopping tourism. "We can't know who are really tourists and who are Putin's henchmen. I think we should close the border or at least restrict the issuing of visas," a woman told the newspaper. On the other hand, a man says, "Ordinary people should not be punished."

More than half of people in Finland think the country should stop issuing visas to Russian tourists, according to a new Yle poll conducted by polling firm Taloustutkimus.

A local told the AFP news agency: "It's not right that Russians can travel freely to Finland. That undermines the sanctions." However, Russian tourists are a source of income for border towns. According to AFP, many shopkeepers in Lappeenranta are worried about what will happen if the flow of visitors from Russia dies down again.

"It's the most absurd idea. What do you get from isolating ordinary Russian citizens?" Mohamad Darwich, boss of the Laplandia Market supermarket, just minutes from the Russian border, asked AFP.

According to Yle, the Foreign Ministry in Helsinki has advised shops not to sell luxury goods to Russians. Many companies have already done so.

This applies in particular to the sale of tax-free goods, since the intended use can be more easily understood. Before a purchase is made, the retailer must see the customer's passport.

EU sanctions against Russia already prohibit the export of so-called luxury goods or goods worth more than 300 euros to Russia, reports Yle. However, exports of electrical appliances or smartphones up to 750 euros or even cars up to 50,000 euros are excluded.

According to the State Department, a store must refuse to sell a product if it is clear that the customer intends to export the sanctioned product to Russia.

Despite the ban, there were attempts to get such goods to Russia. As the "Ilta-Sanomat" reports, goods that fell under the sanctions list were found 100 times during 2,500 Finnish customs checks between July 22 and 26. According to an AFP report, however, goods that could strengthen Moscow's "industrial and military capabilities", including drones, were also discovered during customs checks.

The government and parties in Helsinki now want to put a stop to Russian shopping – or rather put a barrier in front of it. The largest factions in the Finnish parliament want to make it more difficult for Russians to get tourist visas, writes the Finnish newspaper Helsingin Sanomat. One idea is to make the visa issue similar to the former Corona requirements. According to the newspaper, Finland's President Niinistö wants to discuss the issue with the government. He had already spoken to the foreign minister about this.

The foreign minister told Finnish TV broadcaster MTV on Thursday that he had presented the government with a model that would limit the number of Russian tourist visa applications. According to Haavisto, his proposal has the backing of the rest of the government, according to MTV. However, the Foreign Minister emphasized that the new Finnish regulations would have to be coordinated with the other Schengen countries. They also want to coordinate with the EU foreign ministers.

Several states, such as the Baltic countries and Poland, no longer issue or accept tourist visas from Russia.

Finland, with its still open visa policy for Russian citizens, represents a last route into the EU. Flights between Russia and the EU are hardly possible due to sanctions. In theory, however, a Schengen visa allows you to travel throughout the Schengen area, which includes most EU countries.

According to an Yle report, many young Russians use the messenger service Telegram to look for rides to Finland, many to Vantaa Airport near Helsinki. A trip from St. Petersburg to Helsinki costs around 250 euros.

Russia has already threatened Finland if it decides to stop issuing tourist visas to Russians. According to Kremlin spokesman Dmitry Peskov, Russia will react "very negatively," Yle said. "Any such action against Russian citizens would require countermeasures and a response -- that should be understandable and to be expected," Peskov said.

However, it is not only people from Russia who travel to Finland to shop there. Finnish citizens also cross the border into Russia, albeit on a smaller scale, MTV reported shortly after the Russian border opened. There were "a few dozen" on the Russian side, border guard Juhani Saari from the Vaalimaa border crossing told MTV.

He suggested that one of the reasons might be Russia's cheaper fuel. "Some of the trips are believed to be related to refueling and searching for fuel." 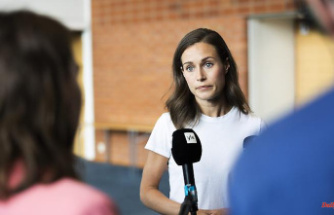 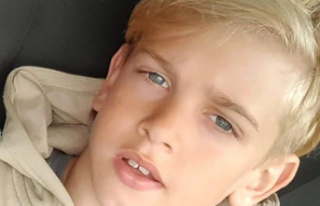