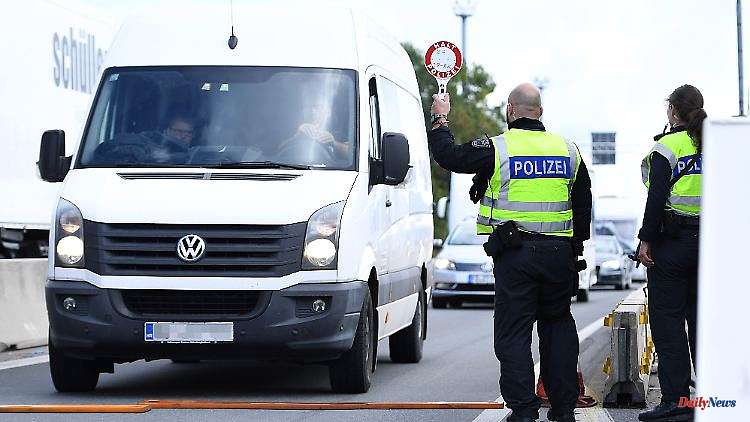 More and more people are trying to enter Germany illegally again. Especially on the border with the Czech Republic, the federal police recorded a significant increase. Belarus is also playing an increasingly important role as a transit country.

The number of people entering Germany without permission has risen massively in recent months, particularly across the German-Czech border. This is reported by the "Rheinische Post" with reference to figures from the federal police that are available to it. From the beginning of the year up to and including September 28, the Federal Police found around 56,800 people entering Germany without permission.

"The focus is currently on the German-Czech border with more than 11,827 registered unauthorized entries in 2022, more than 6,500 of them in August and September 2022 alone," said a federal police spokesman. According to this, around 4,200 people were found at this border throughout 2021. At the border with Austria, where stationary border controls are currently in place, the numbers so far this year are more than 13,700 unauthorized entries. The information relates to the reporting date of September 28.

"An increasing development of the detected unauthorized entries can be seen above all at the German eastern and southern borders," it said. Nationwide, the federal police record an average of more than 400 people who have entered the country illegally in their area of ​​responsibility, although there are generally no border controls at the German land borders.

If you look at the situation by federal state, most people arrive in Bavaria and Saxony. From January to August, the federal police in Bavaria identified 15,433 unauthorized entries via the German-Austrian and German-Czech border sections. In the same period of 2021 there were 8706. In Saxony, 7397 people who entered Germany illegally were found at the border sections with Poland and the Czech Republic, compared to 2402 in the same period of the previous year.

"We know where they come from, where they travel through," Federal Police President Dieter Romann told the newspaper. "What we don't know is why we mostly don't find any Eurodac hits," says Romann. With the Eurodac system, fingerprints of asylum seekers and refugees are collected across Europe, stored centrally and compared. The EU-wide data comparison is intended to prevent people from applying for asylum or international protection in several EU countries.

Romann's statement can also be related to the increased migration via Serbia and Belarus. "Serbia continues to be the main transit country for illegal migration to Central and Western Europe due to its central geographic location in the Western Balkans and national visa regulations," the spokesman said. From there, migrants would try to cross the borders to Romania, Hungary or Croatia in order to migrate to the respective destination countries in the European Union. "They are supported by established and mature smuggling structures. In recent months in particular, there has been an increase in migration dynamics, which also has an impact on the number of detections at the German-Czech border," it said.

Another problem is entry via Belarus, as can be seen from the figures from the Federal Police. According to this, around 4,760 unauthorized entries related to Belarus were recorded up to September 28 this year. The focus is on the border with Poland. "After the migratory pressure from Belarus initially decreased at the end of 2021, the Federal Police has recorded an increase again since April 2022 to a mid-three-digit monthly value. According to the Federal Police, the migrants mainly use flight connections to Moscow in order to travel from there via Belarus and Poland." , said the spokesman. Some of the journey also takes place via the Baltic States. 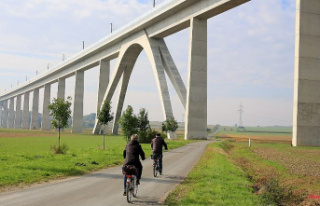