Brexit made agreements necessary: ​​Why Johnson is torpedoing the Northern Ireland Protocol

The EU, Brexit and the Northern Ireland conflict form a confusing situation. 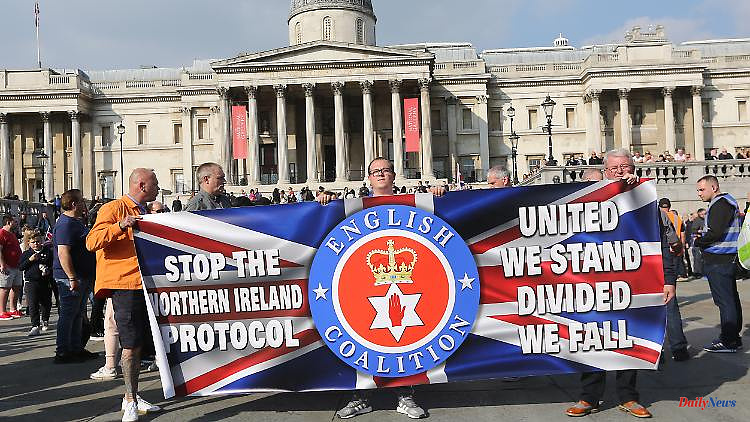 Almost six years after the British voted to leave the EU, the dispute over the status of Northern Ireland continues. Now London is threatening yet again to unilaterally withdraw from the laboriously reached agreements. The most important questions and answers:

Northern Ireland, which is part of the United Kingdom, shares a border of around 500 kilometers with the EU member Republic of Ireland. Since Brexit, an external border of the European Union has been running there. All sides there want to avoid product controls at all costs, because otherwise the violent conflict between supporters and opponents of Irish unification is expected to flare up again. The question of how, despite an open border on the island of Ireland, the European single market can be protected against the import of products that do not meet EU standards or that have been subject to tariffs became the toughest nut of the Brexit talks.

What is the Northern Ireland Protocol?

The Northern Ireland Protocol is part of the Brexit deal and stipulates that the province will continue to follow the rules of the EU internal market and the European Customs Union. This can prevent controls at the internal Irish border. Instead, however, checks must now be carried out when products are brought into Northern Ireland from England, Scotland or Wales. Prime Minister Boris Johnson signed the agreement at the end of 2019 and celebrated it as a major breakthrough after his predecessor Theresa May failed several times with her backstop plan in Parliament in London. The backstop had provided for the entire United Kingdom to remain in the single market and customs union for the time being. With his "ready-to-bake deal," as he called it, Johnson contested the election campaign that same year and won a large majority.

What is wrong with the British government?

Johnson made it clear shortly after the Brexit deal was signed that he didn't want to stick to the deal. He repeatedly denied that controls between Great Britain and Northern Ireland were even planned. Northern Ireland politicians also reported that Johnson had pledged to break the deal. Since then, London has repeatedly complained that Brussels is interpreting the agreement too strictly. In autumn 2020, the British government announced for the first time that it would undermine the protocol through internal legislation. However, this was later withdrawn after strong protests from Brussels, Dublin and Washington. However, London suspended some parts of the deal and is not forwarding some data on trade flows to EU authorities as promised.

What solutions has the EU put forward?

More than six months ago, the EU Commission had already proposed easing the controls on goods in accordance with the protection of the internal market. The checks of quality standards for food and other goods should be reduced just as significantly as customs formalities. But the proposals did not go far enough for London. So far, London has not been able to appease an agreement on further exceptions for the transport of medicines.

How could the EU react to the breach of the Northern Ireland Protocol?

In theory, the EU has several options. On the one hand, there is speculation in EU circles as to whether the European Commission will breathe new life into infringement lawsuits against London on Wednesday. These can end up before the ECJ and theoretically result in a fine. There is also the possibility that the EU could withdraw parts of the Brexit trade agreement in response, which is likely to result in trade privileges for Great Britain being abolished. However, such a measure could also escalate into a trade war between the actual allies.

How is the protocol rated in Northern Ireland?

The majority of MPs in the newly elected Northern Ireland regional parliament support the protocol but call for improvements. In an open letter, 52 of the 90 MPs recently expressed their frustration at the recent escalation by the British government. However, support is limited to parties that either favor union with Ireland or are neutral on the issue. Unionist parties, who want to prevent Northern Ireland's detachment from the United Kingdom, see the protocol as a threat to its connection to Great Britain. The largest unionist-Protestant party, the DUP, is currently blocking the formation of a unity government with the Republican-Catholic Sinn Fein as part of a protest.

1 RTL/ntv trend barometer: Majority supports calls to... 2 Surprising turnaround, new job: Putin's "poster... 3 Unsuitable as a repository for nuclear waste: the... 4 "They bomb and bomb": Lysychansk is under... 5 400,000 displaced children: wave of violence overtakes... 6 Home office record thanks to the pandemic: In 2021,... 7 Last attack on the record ?: Serena Williams surprisingly... 8 Gunnar Beck is not a professor: AfD politicians should... 9 Far more doses than needed: Eastern Europeans want... 10 "Much more is not possible": Sommerhammer... 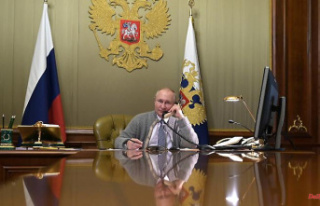