Briefing and award: Zelenskyj visits frontline region in the south

President Selenskyj has traveled to the front again. 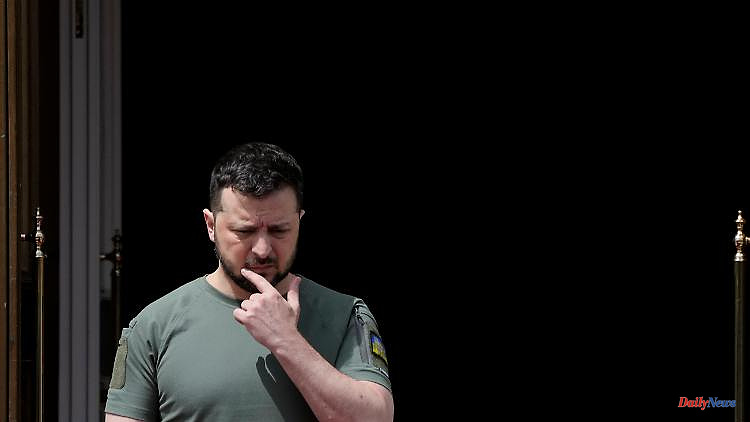 President Selenskyj has traveled to the front again. This time he visits Mykolayiv. Ukraine defends the important city in the south. Her fall would open the way to Odessa for Russia.

According to official information, Ukrainian President Volodymyr Zelenskyy has visited another frontline region. A video on his Telegram channel shows Zelensky inspecting ruins in the city of Mykolayiv in the south of the country and handing out medals after a briefing. He took part in a meeting on important issues in the region. The city is under Ukrainian control but is a preferred destination for Moscow. The capture of Mykolaiv would open the way for Russian troops to Odessa, the main Ukrainian port city.

"We discussed the state of the economy, the restoration of the water supply and the situation in agriculture. Particular attention was paid to threats to land and sea," reads the description of the video. Among other things, you can see how Zelenskyj honors the military governor of the Mykolaiv region, Vitaly Kim, and the mayor Oleksandr Senkevich.

Shortly after the war began, Russian troops crossed the Dnipro River near Cherson. At the same time, neighboring Mykolayiv seemed about to fall. But the Ukrainian troops were able to stop the Russian advance and in some cases even pushed it back. Fighting is currently going on along the territorial borders between Kherson and Mykolayiv.

It is not Zelenskyj's first visit to the front. The Ukrainian President has visited the east of the country in the past. He was in Kharkiv, Zaporizhia and in the Donbass region. On the other hand, Russian President Vladimir Putin has only made one public appearance with soldiers - when he visited the injured in a Moscow hospital.

1 After deportation flights were stopped: London clamors... 2 Party of Ostpolitik: "A large part of the SPD... 3 Party determines new board: Chrupalla and Weidel elected... 4 Motion by the parliamentary group: Union calls for... 5 Up to 50 percent of equipment: Ukrainian general admits... 6 "A complex puzzle": BKA investigates Russian... 7 After shelling from Gaza Strip: Israel fires rocket... 8 "FryTheRice" for 2024: Trump's revenge... 9 Palermo's Cosa Nostra: The mafia is back in politics 10 Revelations about Putin buddies: Navalny team shows... 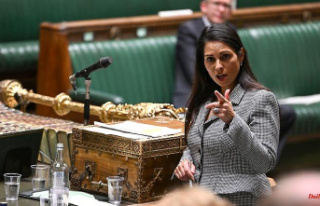