Bushman on tank discount: "Most popular measure of the relief packages"

Even before the introduction of the tank discount on June 1, there was criticism of the measure, but now the skeptics see themselves confirmed. 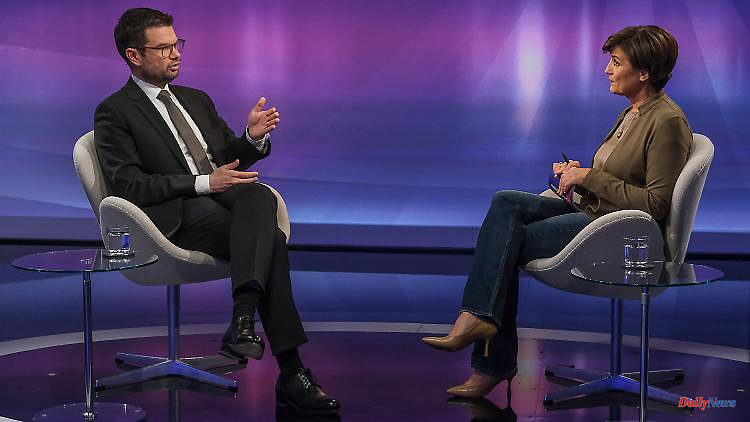 Even before the introduction of the tank discount on June 1, there was criticism of the measure, but now the skeptics see themselves confirmed. Federal Minister of Justice Buschmann cannot understand the objections. With "Maischberger" on ARD, he emphasizes that the Germans appreciate the step taken by the federal government.

Federal Minister of Justice Marco Buschmann defended the tank discount introduced on June 1st. In "Maischberger" on ARD, the FDP politician called him "the most popular measure in the relief packages 1 and 2". A study by the IFO Institute published on Tuesday showed that energy companies would pass on all of the tax cuts to customers for diesel, and 85 percent for super. In a dpa survey, 60 percent of people said the tank discount was a good decision. "We are in an exceptional situation, and sometimes you have to dare to use instruments other than run-of-the-mill." Nevertheless, he supports the decision of Federal Economics Minister Habeck to strengthen antitrust law.

FDP party leader Lindner had also emphasized at Maischberger on Tuesday a week ago that the tank discount in its current form was not his wish.

As a reminder: The tank discount reduces the energy tax to the minimum required by European law. This makes it cheaper to buy fuel for the energy companies that own most of the gas stations in Germany. Critics now say these companies would keep some of the money and not pass it on to customers.

Minister Buschmann correctly reproduced the figures from the IFO Institute. They have been calculated by comparing the cost of petrol at French petrol stations. What Buschmann didn't mention, however, was the classification of IFO President Clemens Fuest. When presenting the calculations on Tuesday, he said: "It (the tank discount) benefits people with higher incomes and higher fuel expenses and not people with low incomes. In addition, it sets the wrong incentives: it does not encourage less petrol and To consume diesel. For ecological reasons and to reduce dependence on Russia, the exact opposite would be necessary." The scientists at the IFO Institute also point out that prices could develop differently in the coming weeks.

Scientists from the German Institute for Economic Research (DIW) also criticize the tank discount and do not believe that it will be passed on in full to drivers. They refer to a calculation by the Ludwig Maximilian University in Munich. She had found out that only two-thirds of the savings at the gas stations from the reduction in VAT due to the Corona crisis in the year before last went to the customers.

For Buschmann, the goal to be achieved is clear: one cannot permanently relieve people of the costs of inflation. But when it comes to petrol prices: "We said we want to take some of the burden off people's shoulders for three months. And I think that's right."

Buschmann also commented on planned changes in family law, especially on the introduction of a "community of responsibility". This should enable people who do not want to get married to support each other. Older people could help each other to avoid having to go to a nursing home. Even single mothers could get help from third parties. Communities of responsibility can also consist of more than two partners. CSU politicians in particular have recently criticized the federal government for wanting to allow polygamy. Buschmann called these accusations "polemical" and "grotesque". The federal government does not want to introduce a "competing product for marriage". 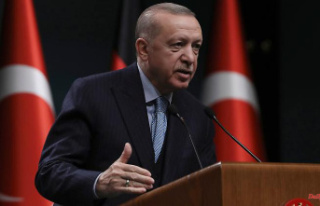 "Expectations not met": Turkey wants to...