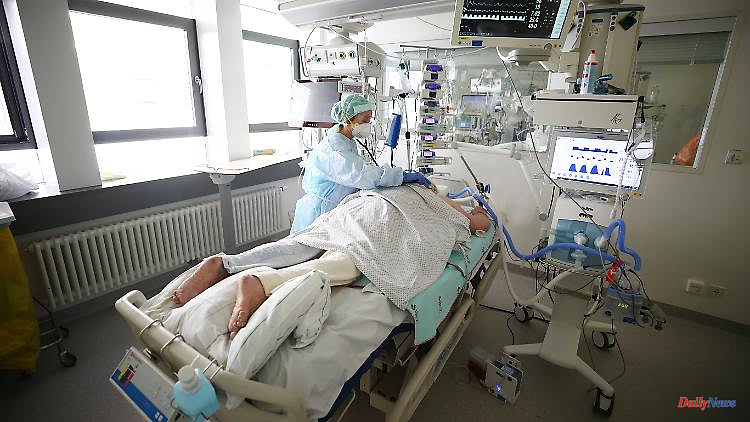 Overtime, poor pay, understaffed wards: Many nursing staff are already at their breaking point. With a law, the government wants to oblige clinics to provide sufficient staff. However, health insurance companies and associations have little to gain from the proposal.

Clinics should get new mandatory requirements for better staffing with nursing staff. This is the aim of Federal Minister of Health Karl Lauterbach's plans, which the cabinet has decided. Adequate staffing is essential for the quality of patient care and also for the work situation of the nursing staff, said the SPD politician. In concrete terms, a method for assessing staff on the wards is to be introduced and become mandatory from 2025. Health insurance companies and clinics have criticized the draft law, which is now coming to the Bundestag and Bundesrat.

Lauterbach said: "We need a rethink in the hospital industry." Nursing staff are extremely stressed employees. For many, weekend shifts, shift changes and understaffed stations were part of everyday work. "Only those who pay them well, compensate for overtime, and have their wards well staffed will keep nurses on the labor market or recruit new ones."

Hospitals should be obliged by law to work with a sufficient number of nurses, as the ministry explained. In order to improve the situation in the medium term, "ideal staffing" for stations should be calculated and implemented. This is to be implemented using an instrument for determining personnel requirements, which was developed with those involved in the industry. When asked, Lauterbach made it clear that he did not see the risk of station closures due to a lack of nursing staff. Overall, the bond between nursing staff and the clinics should be strengthened. It's about "a spiral that turns upwards".

The Techniker Krankenkasse described the planned personnel assessment as pure activism. "It doesn't change the quality of care, but it creates a lot of unnecessary bureaucracy," said CEO Jens Baas. The general local health insurance companies (AOK) warned of additional additional expenditure in an incalculable amount.

The Association of University Hospitals called for a "real reform". The personnel assessment only documents the known shortage of skilled workers, but no additional staff is gained. The German Foundation for Patient Protection stated that adequate staffing is essential for dignity-preserving nursing. "But this principle must also apply to the care of the 810,000 nursing home residents," said board member Eugen Brysch. But there is no federal government initiative for this, and care in long-term care is becoming increasingly precarious.

1 Visit to Izyum: Zelenskyi: "We are only moving... 2 Anniversary for star coach Jackson: Munich is gearing... 3 Procession in London: The Royals march with the Queen's... 4 Beware of phishing: Attempted fraud with an energy... 5 Courses are recovering: is the stock market turnaround... 6 New standard: Bahn presents stepless ICE 7 For "decent life": EU Parliament votes for... 8 Attempted manslaughter: nurse convicted of death of... 9 Hunt for the headhunter: Günther Jauch's candidate... 10 RomCom with Roberts and Clooney: "Ticket to Paradise"?... 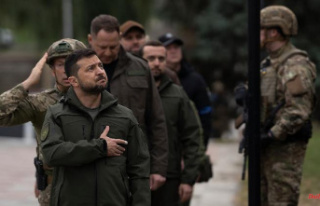 Visit to Izyum: Zelenskyi: "We are only moving...