Cause of forest fires: More than 50 arrests for arson in Portugal

Only a small proportion of the fires that have broken out in Portugal have a natural cause. 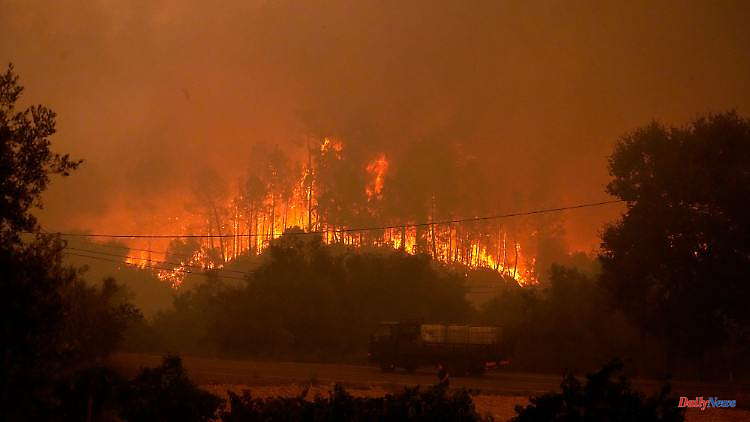 Only a small proportion of the fires that have broken out in Portugal have a natural cause. Most fires are caused by carelessness. After all, some of them can also be traced back to targeted arson, which is why more than 50 people have already been arrested this year.

According to the government, the devastating forest fires of the past few days and weeks in the holiday destination of Portugal can also be attributed to carelessness and intentional arson. More than 50 people were arrested by mid-July this year on suspicion of being responsible for outbreaks of fire in the forest, Interior Minister José Luis Carneiro told a parliamentary committee of inquiry. That is more than 20 arrests more than in the same period last year, he emphasized.

According to the authorities' findings, only 23 percent of all fires in Portugal have purely natural causes, he said. Around 60 percent are caused by carelessness when using fire, such as grilling and smoking, or by lighting campfires. According to Carneiro, 13 percent involved intentional arson. The remaining 4 percent would be caused by the use of agricultural machinery, the minister explained. Portugal is doing everything to make society aware of the risks and to take preventive measures.

According to the nature conservation authority ICNF, fires have already destroyed almost 60,000 hectares in Portugal this year in just over six and a half months. That is more than twice as much as in the whole of the previous year (28,415 hectares). This year, the outbreak and the spread of the forest fires have been favored by a drought that has been going on for months, particularly intense heat waves and, most recently, strong winds, the civil defense said. In different parts of Portugal, six major forest fires were active in the evening, which were fought by a total of more than 900 emergency services, the state TV broadcaster RTP reported.

Thousands of firefighters continued to fight the fires. In Portugal, an elderly couple died trying to flee the flames that were creeping closer to their home. The couple, aged around 70, got off the road in their car, the mayor of the small town of Murça in northern Portugal, Mario Artur Lopes, reported on television on Monday evening. The car and its occupants burned out completely. After a slight decrease in the extreme heat in Portugal, temperatures are also likely to rise again on Wednesday 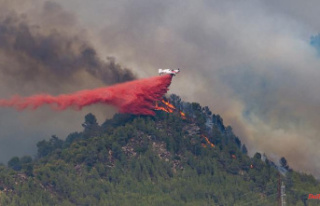