A Russian ammunition depot is again the victim of a fire - this time, however, not in Donbass or Crimea, but on undisputed Russian soil 50 kilometers behind the border with Ukraine. 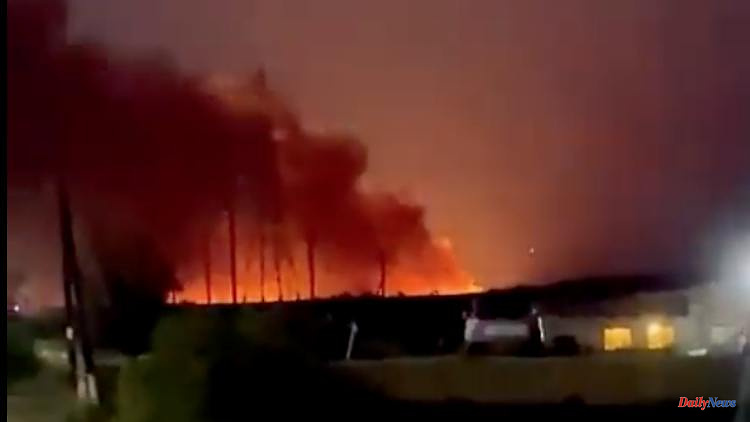 A Russian ammunition depot is again the victim of a fire - this time, however, not in Donbass or Crimea, but on undisputed Russian soil 50 kilometers behind the border with Ukraine. It is still unclear whether it was an attack by Ukraine.

According to local authorities, an ammunition depot in the Russian border area with Ukraine went up in flames. According to the governor of the Belgorod region, Vyacheslav Gladkov, the camp caught fire near the village of Timonowo, 50 kilometers from the border with Ukraine. In the past few days, there have been explosions at an ammunition depot and at a military base on Russia's annexed Crimea peninsula.

According to Russian information, no one was injured in the fire near Timonowo. However, according to Governor Gladkov, the residents of Timonowo and the nearby town of Soloti were taken "to a safe distance". The cause of the fire is now being investigated by the authorities.

An attack from Ukraine would be an option. In recent weeks, the Ukrainian army has increasingly targeted Russian ammunition depots and supply routes with long-range rocket launchers. Whether that was also the case here has not yet been clarified. Such an attack would be explosive because the ammunition dump is on Russian soil. An act of sabotage directly on site would also be possible.

A video published on online networks showed a huge fireball from which a thick column of black smoke was pouring out. Another video showed multiple explosions in rapid succession in the distance. According to the Ria Novosti agency, Crimea's civil protection agency said that only an area of ​​dry grass burned near Mezhvodnoye in the west.

An ammunition depot in Crimea went up in flames on Tuesday, for which Russia blamed an "act of sabotage". Just a week earlier, explosions had rocked Russia's Saki airbase on the annexed peninsula.

Since the start of the Russian military offensive in Ukraine in February, Moscow has repeatedly accused Ukrainian forces of attacks in Russia, particularly in the Belgorod region bordering Ukraine. 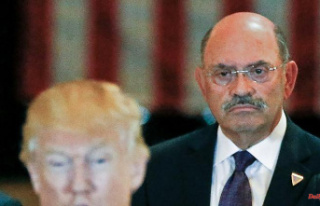