The North Rhine-Westphalian CDU agrees to the coalition agreement with the Greens in record time and without much objection. 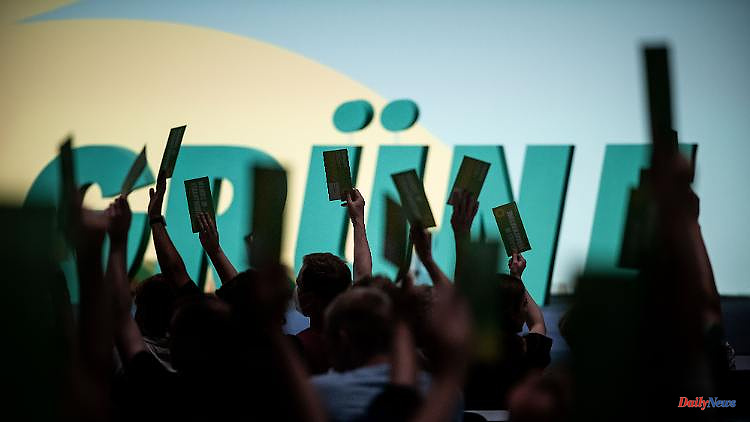 The North Rhine-Westphalian CDU agrees to the coalition agreement with the Greens in record time and without much objection. The future partner finds it a bit more difficult: the discussion lasts almost six hours. There is a dispute about a missing collective agreement for nursing staff.

Six weeks after the state elections in North Rhine-Westphalia, the CDU and the Greens cleared the way for the country's first black-green government with a strong base vote. After state party conferences in Bonn and Bielefeld clearly approved the black-green coalition agreement, there is practically nothing standing in the way of Prime Minister Hendrik Wüst being re-elected on Tuesday in the Düsseldorf state parliament. Since the CDU and Greens have a comfortable majority there, no surprises are to be expected in the secret ballot.

This means that the number of black-green two-party alliances in Germany will increase in the foreseeable future: party conferences in Schleswig-Holstein are also due to vote on the finalized coalition agreement this Monday. In Hesse and Baden-Württemberg, coalitions between the CDU and the Greens have been working for years. Both Wüst and the state party leader of the Greens, Mona Neubaur, as well as CDU federal party leader Friedrich Merz, had urged their base to accept the 146-page "Future Treaty for North Rhine-Westphalia" before the vote.

For the Christian Democrats, the matter was scratched after just under an hour and a single request to speak: After the open vote by show of hands, which was completed in record time, the party conference presidium spoke of an "overwhelming majority" with only 4 votes against in the ranks of around 580 delegates present. Minutes later, when the urgent vote of the Christian Democrats without discussion leaked out at the party conference of the Greens in Bielefeld, it was greeted with great laughter in the hall. There was a need for several hours of discussion here.

Critical voices were raised, for example, about the unclear future of the village of Lützerath in the Rhenish lignite mining area, which is threatened by digging, and about the lack of commitment to a "collective agreement for relief" for nursing staff at university clinics. The critics announced that they would reject the coalition agreement. The Green Youth had previously called for this. After almost six hours of debate, 216 delegates voted yes, 30 voted no and 8 abstained.

Neubaur, who was greeted with long applause at the start of the party congress, reminded her party that after the state elections on May 15, citizens expected the Greens to take over government responsibility. With 18.2 percent, she had led her party to triple her result - compared to 2017. The 44-year-old qualified teacher is to become Minister for Economic Affairs, Industry, Climate and Energy and Deputy Prime Minister in a black-green cabinet.

Wüst said in Bonn: "We want to make North Rhine-Westphalia the first climate-neutral industrial region in Europe." We want to break new ground together - even if there are still many different positions in both parties. He cited the expansion of renewable energies as an example. The aim is now to identify more areas for the construction of wind turbines. "Better 50 systems concentrated in three places than three systems in 50 places." In the future, wind turbines could also be located where nature and species protection would previously have prevented this. The fiercely disputed minimum distance of 1000 meters between wind turbines and residential buildings is to be gradually abolished.

The signing of the coalition agreement is planned for Monday. On Wednesday, the complete new state cabinet is to be presented to the public and sworn in in the state parliament. The coalition agreement provides for eight ministries for the CDU and four for the Greens. The eco-party has already announced who it would like to send to the cabinet - the CDU is still guarding its personal secrets.

On May 15, the CDU emerged as the clear winner of the state elections in the most populous federal state with 35.7 percent. The Greens were able to almost triple their share of the vote compared to 2017 to 18.2 percent and ended up in third place behind the collapsed SPD (26.7). The Free Democrats had halved their election result to 5.9 percent. Black and yellow could therefore no longer govern. 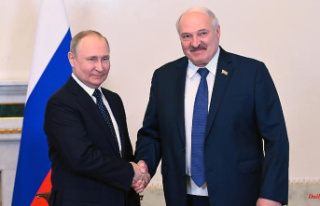