Ceremonies and time for farewells: This is how it will continue until the Queen's funeral

As is usual in such cases, the possible death of Elizabeth II has been accompanied by internal planning for years. 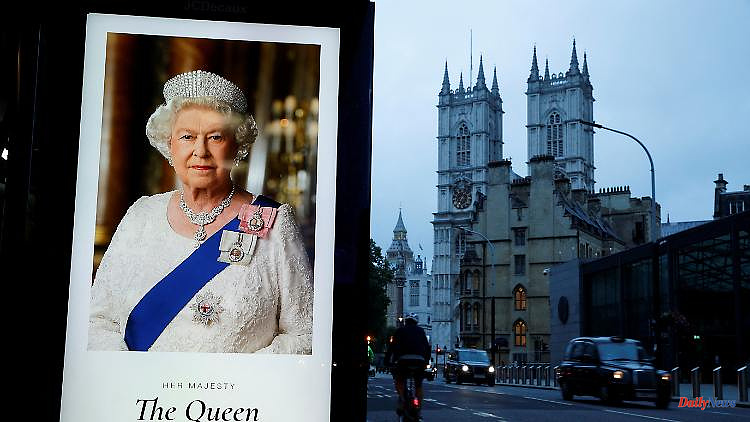 As is usual in such cases, the possible death of Elizabeth II has been accompanied by internal planning for years. Now these plans can be accessed. In the case of the monarch, it is Operation London Bridge and Operation Unicorn that will structure the next few days.

There were two different scenarios for the death of Queen Elizabeth II: Operation London Bridge and Operation Unicorn. London Bridge was based on the assumption that the Queen would die in London, Einhorn assumed death in Scotland. Precise preparations have been made for both cases for years.

As is well known, Elizabeth II finally died on Thursday afternoon at her favorite Scottish residence, Balmoral. Her son Prince Charles and daughter Princess Anne also stayed there, later Princes Andrew and Edward, as well as William and Harry were added. After the death of the Queen, the previous Crown Prince Charles became the new King Charles III, who is due to return to London later today together with his wife, who is now King Consort Camilla. Many tasks await him.

It is expected that Charles III. during the course of the day will decide the final details of the funeral ceremonies, such as the length of the mourning period for the royal family. On Friday, bells will ring in honor of the Queen at Westminster Abbey, St. Paul's Cathedral and Windsor Castle. A 96-gun salute for each year of the Queen's life will be fired in Hyde Park and elsewhere. A televised speech by the king is planned for the evening.

On Saturday Charles III. Meet Prime Minister Liz Truss, who will then have met two monarchs in four days. There has never been a case like this in British history. During her last public appearance, the Queen only received Truss on Balmoral on Tuesday and commissioned the formation of a government.

Also on Saturday, the Accession Council will meet at St. James Palace to proclaim Charles King. Parliament later swears allegiance to the new monarch and expresses its condolences. The government will then also announce the duration of national mourning, which is likely to be 12 to 13 days. So far, September 19 has been considered a possible date for the state funeral.

The Queen's body will remain in Scotland for the time being, but her coffin is said to be taken to Holyroodhouse Castle in Edinburgh on Sunday. Holyroodhouse is the official residence of the monarch in Scotland. On Monday, Elizabeth II is to be laid out in St. Gilles Cathedral in Edinburgh. A procession is planned there, and a funeral service will also take place. Then people should also have the opportunity to say goodbye to their deceased monarch.

The coffin will be adorned with the royal standard, the Imperial State Crown and the royal insignia of an orb and scepter. The crown is the one worn by Elizabeth II after her coronation in 1953 and has been used by English kings since the 15th century.

The coffin will later be transported to London, the previous plans are based on Tuesday. In British media reports, transport by plane as well as by train is considered possible. The first destination in the capital is Buckingham Palace. From there there will be a procession to Westminster Hall, where Elizabeth II will be laid out for three to four days. Thousands of people are expected here too. The coffin should be accessible 23 hours a day.

Meanwhile, Charles III. on a five-day journey across the country, from which he is expected to return in time for the state funeral. There are already fixed plans for this, too, which have been repeatedly updated in recent years. The funeral service will be held at Westminister Abbey with family, guests and dignitaries from around the world expected.

After the funeral service, the Queen's remains will be taken to Windsor Castle, west of London. A service is held in St George's Chapel, after which the Queen is buried in the family vault. The coffin of her husband Prince Philip, who died last year, is being moved to rest next to the Queen's in the future. 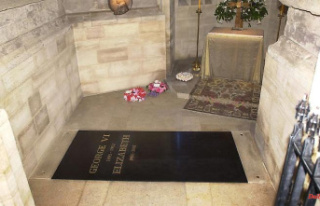 First details about the funeral: Prince Philip is...