"Chance" or "Bargain"?: How the traffic light wants to roll up migration policy again 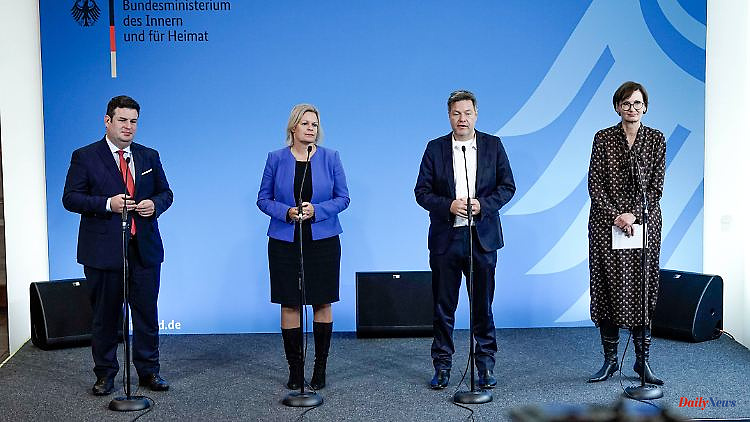 The traffic light coalition wants to realign migration policy with several major projects. The first is a "chances right of residence" and the conclusion is to be a new citizenship right. There is vehement rejection from the Union, but also approval.

Migration and integration policy is always controversial, it lends itself perfectly to allegations. Some warn against immigration into the social systems whenever others make advances, while others accuse some of decades of neglect. It was foreseeable that the traffic light would reap a lot of opposition with its plan to "modernize immigration law", which it had agreed to in its coalition agreement entitled "Dare to make more progress".

Now it is time. The Union accuses the coalition of wanting to "sell" the German passport. It is about the plans of the SPD-led Federal Ministry of the Interior for naturalization, which are still controversial in the coalition. With regard to the recruitment of foreign skilled workers, the Bavarian Interior Minister Joachim Herrmann said on Wednesday in the "Frühstart" of ntv that there are currently around one million unemployed foreigners in Germany. "If someone wants to come to our country without professional qualifications and there is no employer who immediately says I want him, then it can be difficult," said the CSU politician. "We don't want immigration into our social systems, but actually workers who help."

CDU leader Friedrich Merz also criticized the traffic light's plans for the immigration of skilled workers. "We need more," admitted Merz on ZDF. But Germany is "not exhausting the potential that we already have," he said, referring to the unemployed in Germany, the freedom of movement for workers in the EU and "hundreds, if not thousands" of skilled workers who work abroad waiting to get a visa for Germany "and they don't get it because the staff [at the missions abroad] aren't there and don't work fast enough".

Recruiting skilled workers is just one point in a series of migration policy projects of the traffic light coalition. This Friday, the Bundestag votes on the introduction of a so-called "opportunity right of residence". The draft law states that those foreigners "who are required to leave the country but who have successfully integrated into our society and behave in accordance with the law" should also be given the opportunity "to obtain the necessary requirements for permanent residence".

Anyone who has lived legally in Germany for five years as of January 1, 2022 and has not committed a crime should receive a residence permit limited to one year. Anyone who manages to fulfill the other requirements for a right to stay during this time should be given the right to long-term residence. Above all, language skills and securing your own livelihood are necessary for this. According to the draft law, 136,605 foreigners are affected.

At the same time, the draft law is intended to create “the conditions for a speedy termination of residence for those who do not behave in accordance with the law and do not integrate.

Not only criticism comes from the Union. A group of 19 MEPs from the parliamentary group wrote a joint statement praising the opportunity residency regime. The draft law follows "the previous line of the Union, according to which long-term tolerated refugees are offered a permanent perspective if they integrate into society," says the text, which was signed by former CDU leader Armin Laschet, among others. Since there are still points that are critically assessed, the signatories want to abstain in the Bundestag on Friday.

Also on Friday, the Bundestag will vote on a draft law to speed up asylum procedures. According to the traffic light coalition, the jurisprudence on asylum is to be standardized, asylum procedures and asylum law simplified and the Federal Office for Migration and Refugees relieved. For example, the so-called regular review by the BAMF is to be abolished and only be carried out "on a case-by-case basis". The refugee aid organization Pro Asyl fears that refugees will find it "even more difficult" to assert their rights in court in the future.

In their draft law, the traffic light factions refer to the "repatriation offensive" that they agreed to in their coalition agreement a year ago. There is no mention of a special representative in the draft law, which the SPD, Greens and FDP also agreed on at the time. Its task should be to negotiate migration agreements, which should deal on the one hand with recruitment and on the other hand with cooperation on the return of rejected asylum seekers.

The FDP in particular is warning that this position will finally be created. According to a report in the "Spiegel" newspaper, the liberals want to fill the post with the former North Rhine-Westphalian integration minister, Joachim Stamp. According to this, the reason for the skepticism about naturalization rights expressed by the FDP is the fact that this has not yet happened.

The next item on the list of traffic lights is a new immigration law for skilled workers. A 23-page key issues paper was approved by the Federal Cabinet on Wednesday. The planned set of rules will be "the most modern law in Europe on the immigration of skilled workers," said Federal Interior Minister Nancy Faeser. Although there are only cornerstones so far, the traffic light project is obviously important: In addition to Faeser, Labor Minister Hubertus Heil, Economics Minister Robert Habeck and Education Minister Bettina Stark-Watzinger also presented the plan.

In Germany there are "an unbelievable number of jobs" for which there are no skilled workers, according to SPD politician Faeser, "so that we urgently need immigration from third countries". Her colleague Stark-Watzinger from the FDP said the law was "overdue".

Accordingly, the federal government is pressing the tube: At the beginning of 2023, the key points are to become law. This should also include an "opportunity card" based on the model of the Canadian points system, with which people who do not have an employment contract with a German employer can also come to Germany. "The selection criteria can include qualifications, language skills, professional experience, connection to Germany and age," says the key issues paper. The criticism of opposition leader Merz is also taken up in it: In order to raise the potential for skilled workers in Germany, educational opportunities should be improved, training and further education increased and employment of women increased.

However, the modernization of nationality law, which was actually also agreed in the coalition agreement, is controversial in the traffic light. Faeser's ministry has presented a draft bill for this, a paper that in form is a finished draft law, but in fact has the status of food for thought - albeit a very strong one.

Ultimately, there is hardly anything there that is not also in the coalition agreement: the minimum length of stay before naturalization is to be reduced from eight to five years, and to three years in the case of special integration services; Dual citizenship - which in practice already accounts for almost 70 percent of naturalizations - should be possible in principle; and for foreigners who have reached the age of 67, the language level requirements are to be lowered.

The FDP, however, is going too fast. Only when there is "a functioning immigration law in Germany" will "we be able to talk about naturalization," said FDP parliamentary group leader Konstantin Kuhle ntv.de. However, he also emphasized that his party is still committed to the "overall migration policy package of the traffic light coalition". 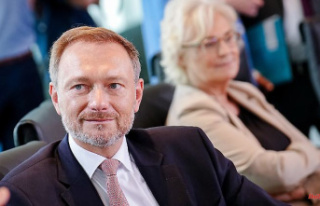