The outgoing Ukraine Ambassador Melnyk sees an opportunity for former Chancellor Merkel to go down in history: The former chancellor should make a contribution as a mediator when Russian President Putin is looking for an "exit strategy". 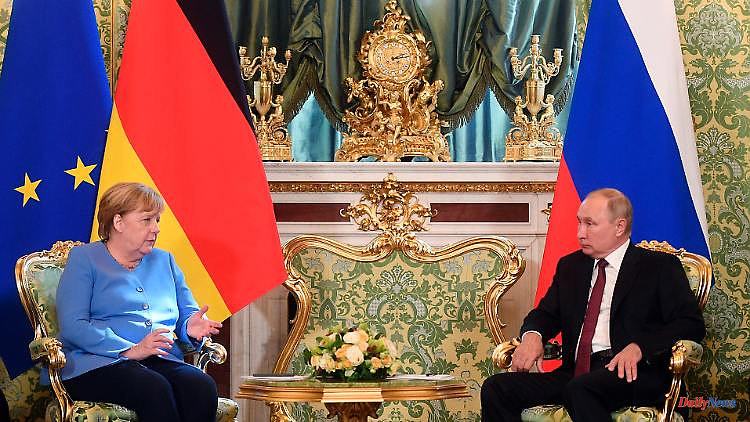 The outgoing Ukraine Ambassador Melnyk sees an opportunity for former Chancellor Merkel to go down in history: The former chancellor should make a contribution as a mediator when Russian President Putin is looking for an "exit strategy". After all, he still respects her.

The outgoing Ukrainian ambassador to Germany, Andriy Melnyk, can imagine former Chancellor Angela Merkel acting as a mediator between Ukraine and Russian President Vladimir Putin. "I think Ms. Merkel could play a certain role at some point in the war - not now - if she wanted to. Putin, my impression, still respects Ms. Merkel. Therefore, Ms. Merkel could certainly make her contribution at the moment when Putin is looking for an exit strategy," said the ambassador in an interview with "Spiegel".

"I hope that Ms. Merkel sees it that way too. I think it would be a shame if she withdrew completely from politics. She too still bears enormous responsibility for our country," Melnyk said, adding that it would be for Merkel a "new chance to correct their fatal mistakes in dealing with Russia and thus go down in history".

He knows that in Ukraine too "many people shudder at the name of Merkel" and fear a repeat of the Minsk agreement. But when it comes to ending the barbaric war, "Merkel's option should not be ignored either," said Melnyk. On the other hand, he rejected former Chancellor Gerhard Schröder as a mediator. "Schröder already had his chance but missed it," said Melnyk.

Melnyk, who has also made opponents in politics with his criticism in Germany, is also hoping for clear words from his successor. "Perhaps the Germans - but especially the traffic lights - would like to rest a little from me. Perhaps my successor would like to come across as nicer and more personable, act more calmly, just as all diplomats would like and as is actually part of their job. But At the end of the day, my successor will have no choice but to represent our interests with a strong and clear voice," said Melnyk, adding: "He simply won't be able to afford the luxury of being quiet and unobtrusive - because the Resistance in parts of German politics is still very high because we are facing new challenges."

The Ukrainian diplomat Olexij Makejev is considered to be Melnyk's likely successor. After seven years as his country's ambassador, Melnyk will leave Germany on October 14 to take up the position of deputy foreign minister in Kyiv. 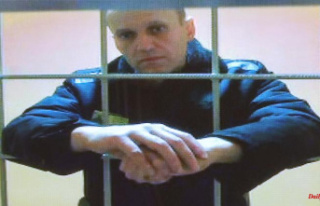 "My hellish closet": Navalny has to go back...