In his last government survey before the parliamentary summer recess, Olaf Scholz assured that the government is on course. 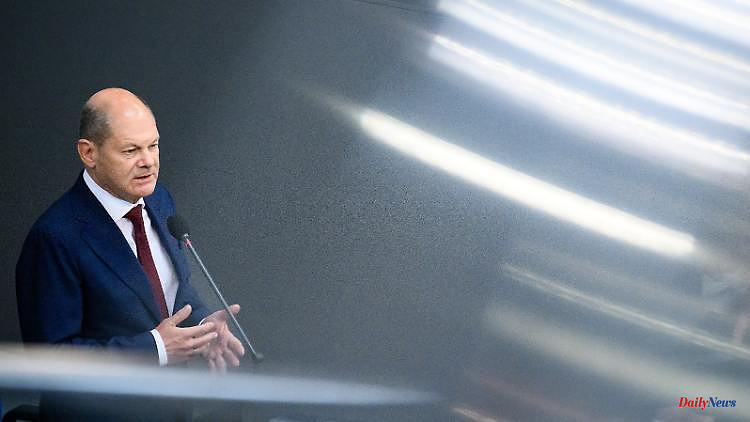 In his last government survey before the parliamentary summer recess, Olaf Scholz assured that the government is on course. He talks about the fight against inflation and Russia - and parries AfD allegations aggressively.

During the government survey in the Bundestag, Chancellor Olaf Scholz announced further ring exchanges with other countries in order to supply Ukraine, which is fighting against Russia's invasion, with weapons. "We have now specified this agreement with several countries to such an extent that they will be directly linked to the extradition, and we will then also make such modernized weapons from German stocks available to them," said Scholz in response to a question from the foreign policy spokesman for the Union faction, Jurgen Hardt. He wanted to know why the Marder and Fuchs armored transport vehicles stored by the German armaments industry were not being delivered to the Ukraine. Scholz's answer indicates that the device will instead be delivered to other countries, which in return will provide Soviet-made war material.

Scholz reiterated: "We have organized a great deal of support for Ukraine, including with regard to weapons." He recalled the 2000 self-propelled howitzer, of which more examples are to be made available, the Cobra artillery detection system, the Iris-T anti-aircraft system and the Gepard anti-aircraft tank, "which is capable of protecting troops who are being attacked from the air ". "We will always continue along this line, you can rely on it," Scholz said, also announcing future support for the Ukrainian defense.

In addition to Ukraine, inflation and energy security were the main topics of the survey. Scholz praised the first meeting with representatives of the unions, employers, the Bundesbank and experts last Monday. "It is a good cooperation and we will use it to develop the next steps," said Scholz. "The next meeting will soon take place in September and we will use the time in between for talks." Corporatism, i.e. the interaction of different parts of German society, has made Germany strong in the past.

When asked by Left Party leader Janine Wissler, Scholz denied that his demand for the country to "arm up" also included a call for workers to give up their jobs. The chancellor advised Wissler to free herself from her own prejudices. "It's never too late for that," said Scholz. The "hooking" is about not leaving people alone in the face of price increases". In a later debate, Union faction leader Friedrich Merz accused the federal government of inaction and said of earlier "concerted actions": "They last years, they are endless rounds of talks, they are an alibi for not wanting to push through any reforms in the country."

The standard rate for basic security recipients of 449 euros and 285 euros for children on basic security is not a lot of money, said Scholz when asked by Wissler. "You have to calculate hard and many citizens do that." With the increase in the standard rate for children by 20 euros, the heating subsidy, a one-time payment of 100 euros for each child and the 9-euro ticket, the federal government has already taken steps to help the poorest in the country.

Scholz did not want to get involved in a debate about specific measures that could result from the "concerted action". The country must get away from debating a new proposal every morning. Instead, new ideas should be developed as part of the "concerted action". Scholz did not want to comment on demands by the FDP for compensation for cold progression at this time, but reminded that as Federal Minister of Finance he had always taken care of compensation.

Scholz clashed several times with AfD MPs. They accused him of acting "removed from reality" and driving Germany to the wall. According to the AfD, the sanctions against Russia have done Germany more harm than Russia, and the federal government is paying too little attention to affordable energy supplies for consumers and companies. "What you say is unrealistic," said Scholz and was confident: "If your opinion was judged by ostracism, it would be bad for you."

Scholz acknowledged the AfD's demand that the Nord Stream 2 pipeline, which was sanctioned and not commissioned, be used for gas imports from Russia: "I'll make it clear that the AfD is not only a right-wing populist party, but also the party of Russia. And everyone should take note of that." 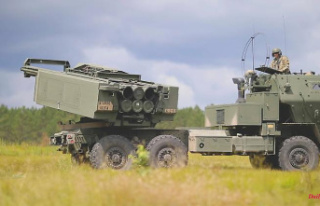 HIMARS in service with Ukraine: Moscow claims to have...