Federal Minister of Economics Habeck is certain that Chancellor Scholz will return from his trip to three Gulf States next weekend with agreements on the delivery of liquid gas. 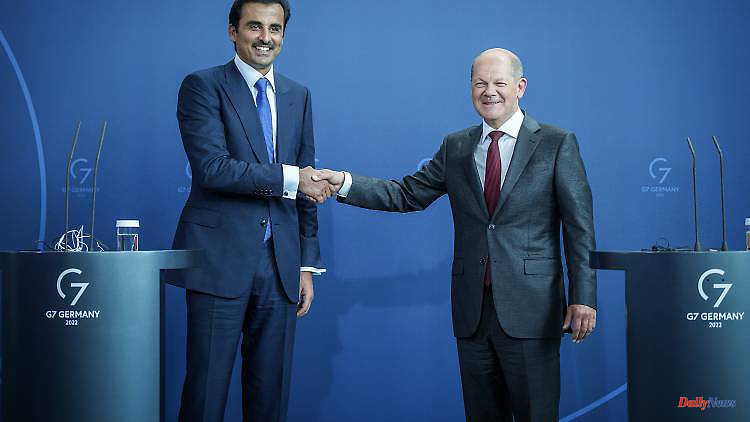 Federal Minister of Economics Habeck is certain that Chancellor Scholz will return from his trip to three Gulf States next weekend with agreements on the delivery of liquid gas. The preliminary work has been done. Other voices are more cautious.

One focus of Chancellor Olaf Scholz' trip to the Gulf at the weekend will be securing energy supplies. Scholz will certainly be able to sign some contracts for liquefied natural gas (LNG) in the United Arab Emirates, said Economics Minister Robert Habeck in Lubmin in Mecklenburg-Western Pomerania. Habeck referred to his own trip to the Gulf States earlier in the year. These talks "continued steadily" and the planned signing of the contract is based on them.

A government spokesman, on the other hand, was much more cautious and only said that energy was one of the topics on the trip that Scholz was taking to Saudi Arabia, the United Arab Emirates and Qatar on Saturday and Sunday. The energy group Uniper announced that it is pressing ahead with talks with Qatar about possible LNG supplies, but has not yet reached an agreement. Uniper has had a close business relationship with Qatar Energy for many years. "In this context, we are in ongoing talks with our Qatari partners to expand our deliveries," it said.

According to government spokesman Steffen Hebestreit, Scholz will also be accompanied by business representatives on the two-day golf trip. In addition to energy, the topics also include Iran and promoting Germany as an investment location. In Saudi Arabia, Scholz will meet the Saudi King and Crown Prince Mohammed bin Salman on Saturday. On Sunday the Chancellor will then meet with the President of the United Arab Emirates, Mohammed bin Zayed, and in the afternoon in Qatar with Emir Tamim bin Hamad Al Thani. He had also recently visited Berlin.

In Qatar, it will also be a question of whether and to what extent the country is available to Germany as a supplier of LNG gas to replace Russian pipeline gas. Habeck pointed out that he had already done preliminary work for possible LNG deliveries during his own visit to the Arabian region. It is important that terminals for landing the fuel are built on German coasts this winter and next. The chances of commissioning in Brunsbüttel and Wilhelmshaven in winter are good. If you also save enough gas and you're lucky with the weather, there's a chance of getting through this winter well. In the end, however, the memory is empty.

We are currently moving towards a storage level of 90 percent, although we no longer buy gas at any price. After this winter, more terminals would have to go into operation in order to survive the next winter well. In the meantime, the federal government has decided that when it comes to stabilizing gas importers, the first money from the gas levy to stabilize gas importers, which will take effect from October, should not reach the companies before November. A spokeswoman for the Federal Ministry of Economics said that the cabinet approved the later advance payments on Friday in a written circulation procedure. The surcharge of 2.4 cents per kilowatt hour, which will apply from the beginning of October, is to be paid by every customer - private households and industry. The revenue is intended to offset the massive additional costs that importers like Uniper are currently having due to stopped deliveries from Russia.

The spokeswoman for the Ministry of Economics did not want to answer the question of whether state-taken over importers should also benefit from the gas surcharge. This could be relevant in the Uniper case, for example. Discussions are underway here about a significant state stake in the company. 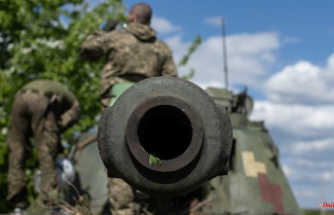 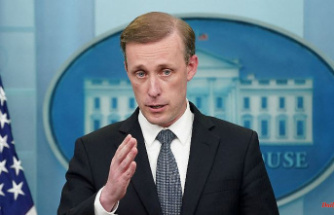 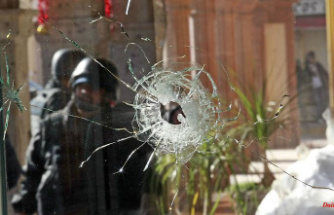 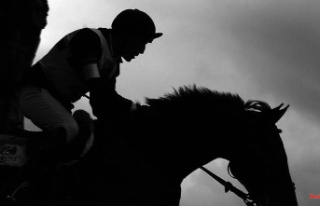 Pentathlon fiasco continues to have an effect: Risky...