Chancellor Scholz has never been so close to Russia since the start of the Ukraine war: Less than 200 kilometers as the crow flies from the Russian exclave of Kaliningrad, he is visiting the German soldiers on NATO's eastern flank. 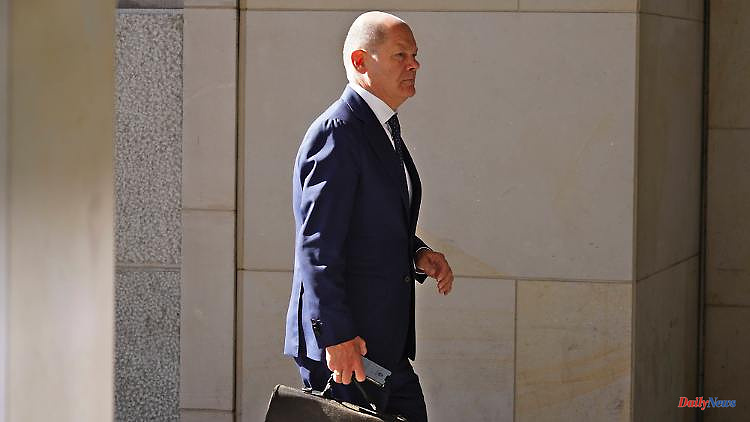 Chancellor Scholz has never been so close to Russia since the start of the Ukraine war: Less than 200 kilometers as the crow flies from the Russian exclave of Kaliningrad, he is visiting the German soldiers on NATO's eastern flank. In the Baltic States, they are hoping for commitments from Scholz regarding the military increase at the borders.

Before Chancellor Olaf Scholz visits Lithuania, the Baltic states are urging a stronger NATO presence in the eastern alliance area. The NATO summit in Madrid at the end of the month must become a "summit of decisions" and mark the "transition from deterrence to forward defense", said Lithuanian President Gitanas Nauseda. In addition to air defense systems, he hopes that a NATO brigade will be stationed in his country, which would correspond to around 3,000 to 5,000 soldiers. There are currently 1,600, of which more than 1,000 belong to the Bundeswehr.

Latvia's President Egils Levits is also hoping for "concrete proposals" from the Scholz visit for stronger protection of the eastern NATO alliance area. "We expect that Germany will also have NATO's overall security in mind and will therefore also support this increase in NATO's presence in all three Baltic states," said Levits. "The Baltic States and Germany agree that NATO's eastern flank must be strengthened in response to Russia's aggressive behavior."

With Lithuania, Scholz is visiting a NATO country for the first time since the beginning of the Ukraine war that borders Russia and feels particularly threatened by the nuclear power. In the capital, Vilnius, he will meet Nauseda, the heads of government of all three Baltic states - Estonia, Lithuania and Latvia. The Chancellor then visits the Bundeswehr soldiers who are stationed in Lithuania to secure NATO's eastern flank. At the military training area near Prabade, which is less than 200 kilometers as the crow flies from the Russian exclave of Kaliningrad, Scholz will also get an idea of ​​the equipment used by the Bundeswehr, which includes armored personnel carriers and battle tanks, heavy artillery and reconnaissance drones. At the NATO summit in Madrid from June 28th to 30th, the focus will be on how far the NATO troops on the eastern flank will be increased again.

During her visit to Lithuania in April, Foreign Minister Annalena Baerbock promised Germany to make a "substantial contribution" to expanding NATO troops in the east. "We have to be practically able to defend every square centimeter of our common alliance area, that is, the Baltic States. From the very first minute," said the Greens politician. The NATO reinforcement force, which also includes soldiers from seven other European countries, had already been increased from around 1,200 to around 1,600 soldiers in the wake of the Ukraine crisis.

Along with Latvia, Estonia, Poland and Norway, Lithuania is one of the five NATO countries that share a land border with Russia. With Finland, a sixth could soon be added. Missiles are stationed in the Russian exclave of Kaliningrad that can reach the entire Baltic region, all of Poland and even Berlin.

Protection against the Russian threat will not be the only topic of Scholz's visit. Support for Ukraine in the fight against Russian invaders and the country's European perspective will also be discussed. While the Baltic states are in favor of making Ukraine a candidate for EU membership, the German government has not yet made a decision. Scholz first wants to take care of the admission of the accession candidates in the Balkans. With regard to Ukraine, he emphasizes that there should be no short cuts on the way to the EU for the country. French President Emmanuel Macron has suggested new forms of cooperation with countries like Ukraine because EU membership is not achievable within a few years. Nauseda has expressed skepticism about this. "I get the impression that this is an attempt to cover up the apparent lack of political will to make decisions about granting candidate status."

For Ukraine, candidate status has the highest priority when it comes to demands from the EU - in addition to arms deliveries for the fight against the Russian attackers. The small Baltic states sent arms to Ukraine early on and have repeatedly criticized Germany for being too reluctant to provide military aid. "We are 65 times smaller than Germany. And we have provided six times more military aid than Germany," said Estonian Prime Minister Kaja Kallas during a visit to Berlin at the end of April.

In the meantime, Germany has promised Ukraine several heavy weapon systems - but has not yet delivered them. It was only last Wednesday that Scholz promised the country the Iris-T air defense system. Four Mars II multiple rocket launchers, capable of hitting targets 40 kilometers away, are also to be delivered. Scholz will inspect the Panzerhaubitze 2000, seven of which the Bundeswehr wants to hand over to the Ukraine, in Lithuania today. Some of these artillery pieces are stationed there.

1 Veynes. Hautes-Alpes: The Funambule company donates... 2 Bavaria: Driver dies in a collision with a truck 3 Baden-Württemberg: cyclist overlooks the car and... 4 UNITED STATES. The police don't intervene when... 5 Health. High blood pressure can be a sign of a high... 6 Shot dead in office: Dominican environment minister... 7 Hesse: First hospital in passive house standard in... 8 Saint-Gervais-sur-Roubion. Drome provencale : The... 9 Saxony-Anhalt: fire in the malt factory in Köthen:... 10 Saxony: low buying mood: consumers save on groceries 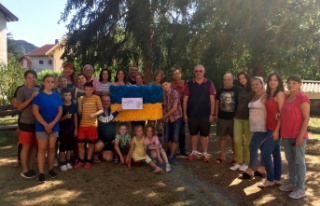