Changing the shower head and LEDs: Habeck calls for action to save energy

With the "80 million together for the energy change" campaign, the Federal Ministry of Economics is promoting energy saving. 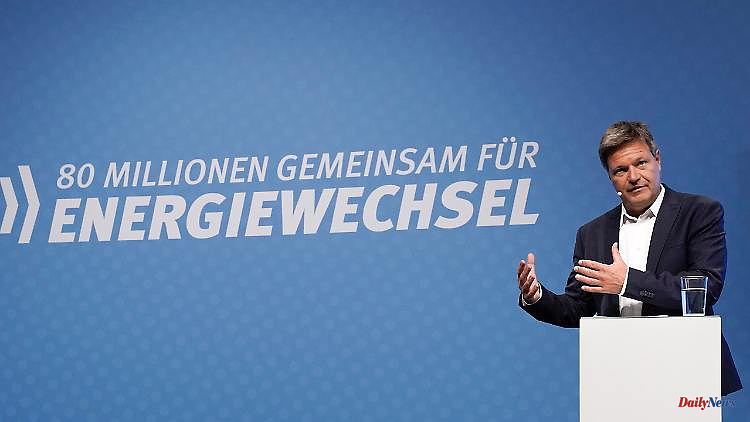 With the "80 million together for the energy change" campaign, the Federal Ministry of Economics is promoting energy saving. Numerous tips, funding programs and advisory services are provided. It's not just about "wiping out Putin," emphasizes Minister for Climate Protection Habeck.

Federal Economics and Climate Protection Minister Robert Habeck has launched an energy saving campaign with a broad alliance of associations. "We need to say goodbye to fossil fuels in order to become more independent and achieve climate goals," said a joint statement published in Berlin.

The campaign calls on all 80 million citizens to work together to save energy. "Anyone who saves energy helps Germany become less dependent on Russian imports and does something for the climate," explained Habeck. The Russian war of aggression against Ukraine makes it clear: "We have to get away from fossil fuels and away from dependence on and the possibility of blackmailing Russian imports," the minister campaigned for a switch to renewable energies and more energy efficiency.

Habeck also referred to the currently high energy prices, which burden consumers as well as companies. "For this reason alone, saving energy is urgently needed," emphasized the minister. Even for small contributions by individual people, such as switching to an energy-saving shower head, which reduces the water flow per minute, and switching the lighting to LED: "If a lot of people do it, it really makes a difference overall."

Leading business and municipal organizations, the German Trade Union Confederation (DGB), the environmental umbrella organization Deutscher Naturschutzring (DNR) and the Federation of Consumer Organizations (vzbv) are all involved in the campaign. At an energy saving summit, they decided on a joint declaration to reduce energy consumption and achieve greater efficiency.

A central element is the "80 million together for the energy transition" campaign, which the Ministry of Economic Affairs is launching this month. In addition to tips and guides, new funding programs and advisory services are also planned. The Economics Ministry is also taking part in the campaign with energy-saving measures for heating, cooling and lighting.

1 Champions League. Report on incidents at the Stade... 2 Electricity costs down: the best tips from Habeck's... 3 Baden-Württemberg: Cause of swine fever outbreak... 4 Next week Macron will be in Romania and Moldova. No... 5 Thuringia: More powers for customs in Thuringia 6 Thuringia: Brehm Museum receives extension for 1.7... 7 North Rhine-Westphalia: Manufacturers are no longer... 8 North Rhine-Westphalia: Ex-national player Sinkiewicz... 9 Saone-et-Loire. The suspect will be charged in the... 10 Mecklenburg-Western Pomerania: Mayor of Rostock will... 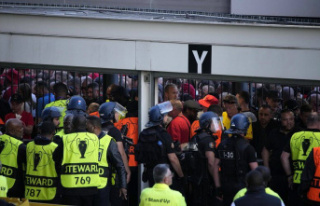 Champions League. Report on incidents at the Stade...