Christmas speech: Steinmeier thanks for solidarity - and criticizes "last generation"

Despite everything, the Federal President sees reason for optimism, not least because the Germans have helped to get through the current crisis well. 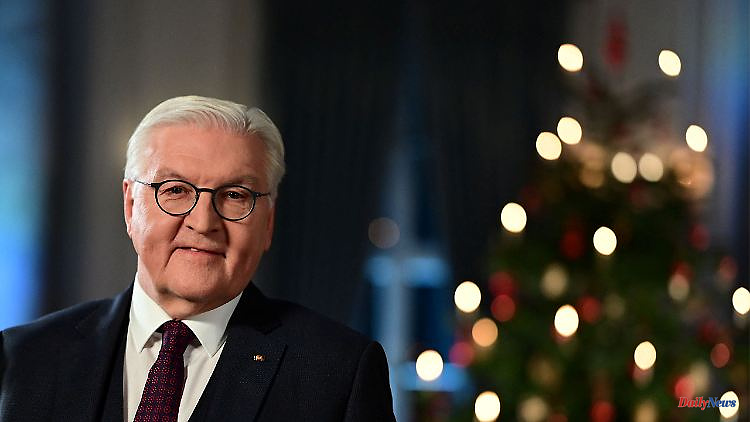 Despite everything, the Federal President sees reason for optimism, not least because the Germans have helped to get through the current crisis well. There is a side note in his Christmas speech for the climate stickers.

In his Christmas speech, Federal President Frank-Walter Steinmeier thanked everyone "who stood up for others this year". Times are rough, "we are facing headwinds". Nevertheless, there is reason for optimism.

Steinmeier said that Ukraine was asserting itself "with great courage," that Europe was standing together and that Germany was "once again surpassing itself in the face of the challenge."

"We didn't panic, we didn't let ourselves be driven apart. Our democratic state eases the heaviest burdens," said Steinmeier. "Many companies are working to get out of the crisis stronger. And you all helped."

The Federal President expressed his "Christmas wish" that "we will strengthen everything that connects us". Steinmeier made a similar statement two months ago: "In the end, it also comes down to when we're facing headwinds: instead of letting us drift further apart, we have to strengthen everything that connects us," he said in a keynote speech at the end of October Bellevue Palace.

The Federal President seems to regard this wish as at least partially fulfilled. "What defines us at the core, what has always made us strong, that endures: we are creative, hardworking and show solidarity. And from that we can draw strength and hope for the new year."

That peace would reign again was "probably our dearest wish this year," said Steinmeier. "But this peace is not yet tangible. And it must be a just peace that neither rewards land grabbing nor leaves the people in Ukraine to the arbitrariness and violence of their occupiers."

At least indirectly, Steinmeier also dedicated a few sentences to the climate activists who are currently sticking to the streets and thus blocking traffic. "The ambition of the young and the experience of the old" are necessary for the fight against climate change, said the Federal President. "Because we all have a common goal: that the younger generation is not the 'last generation', but the first generation of a climate-friendly world."

"Last Generation" is the name of the group of climate activists organizing the controversial actions. In a side note, Steinmeier made it clear that while he supported the issue, he was critical of the specific procedure. He wishes "that the younger ones get involved, that they are critical - without harming the cause of climate protection by antagonizing others". 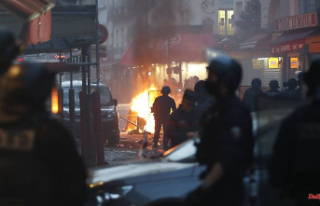