Chronology of Events: What happened in the Queen's final hours

From Thursday afternoon, the news about Queen Elizabeth II rolled over - from the first reports about her dramatically deteriorating state of health to the news of her death. 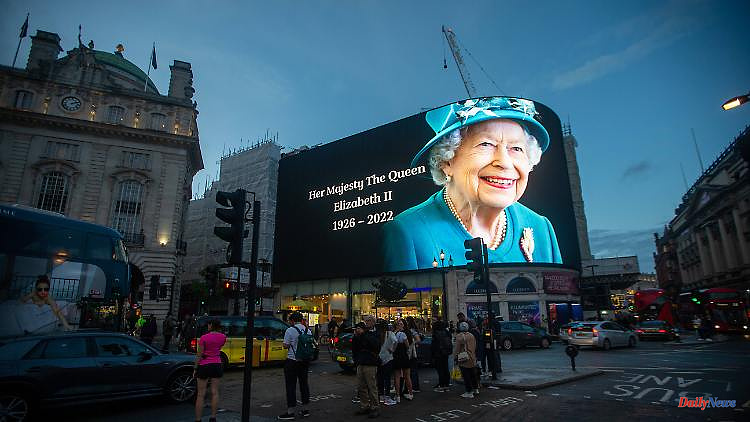 From Thursday afternoon, the news about Queen Elizabeth II rolled over - from the first reports about her dramatically deteriorating state of health to the news of her death. A chronology of events.

Around noon local time (1:00 p.m. CEST): Prime Minister Liz Truss had just presented her relief plan to cushion the high energy costs in parliament when Minister Nadhim Zahawi stepped up to her side and slipped her a note. Truss then leaves the House of Representatives, followed shortly thereafter by opposition leader Keir Starmer, sparking speculation about the background.

At 12:32 p.m. local time (1:32 p.m. CEST): In a brief statement, Buckingham Palace said that Elizabeth II's doctors were "concerned" about her health and had recommended medical monitoring at Balmoral Castle. Shortly thereafter, Prime Minister Truss wrote on Twitter that "the whole country" was "deeply concerned" about the Queen.

Shortly before 1 p.m. local time: The British news agency PA reports that the Queen's closest relatives have been "informed" about her condition. The spokesman for heir to the throne Prince Charles and grandson Prince William announce that the two are on their way to Balmoral, Scotland.

Around 2 p.m. local time: The spokesman for Prince Harry and his wife Meghan, who are in London for a charity event, announce that the couple are also traveling to Scotland. British media later reported that Meghan was staying in London.

Late in the afternoon a crowd begins to gather in the rain outside Buckingham Palace.

Shortly before 4 p.m. local time: A Royal Air Force fighter jet lands at Aberdeen Airport in Scotland, carrying the Queen's two younger sons, Prince Andrew and Prince Edward, and her grandson Prince William, second in line to the throne. Shortly thereafter, they arrive at Balmoral Castle, where Prince Charles and his sister Anne are already waiting for them.

At 6.30pm local time, Buckingham Palace announced that the Queen "died peacefully at Balmoral this afternoon". This means that their eldest son Charles automatically becomes king. "The King and Queen will remain in Balmoral tonight and return to London tomorrow," the palace announced. At Buckingham Palace, the flag is flown at half-mast, the crowd waiting in front of the palace is silent, and many people burst into tears.

Immediately after the news of his death became known, expressions of condolence and appreciation of the deceased from all over the world began.

7:04 p.m. local time: The new King Charles honors the Queen in a statement as “estimated ruler and much-loved mother”. Her death was "a moment of great sadness for me and all members of my family". He knew that her loss hurt people across the country, the Commonwealth and the world.

A few minutes later, in a short speech in front of the seat of government, Prime Minister Truss said that Elizabeth II was "loved and admired around the world". Her death was "a great shock to the nation and the world". She speaks for the first time of the previous heir to the throne as "His Majesty Charles III.".

19:25 local time: Charles' press service confirms that the 73-year-old will henceforth use the name Charles III. will wear. 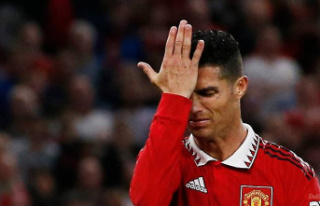