Citizens' income instead of Hartz IV: The traffic light devalues ​​the work

Hartz IV gets a new label, but Germany doesn't get a better labor market policy. 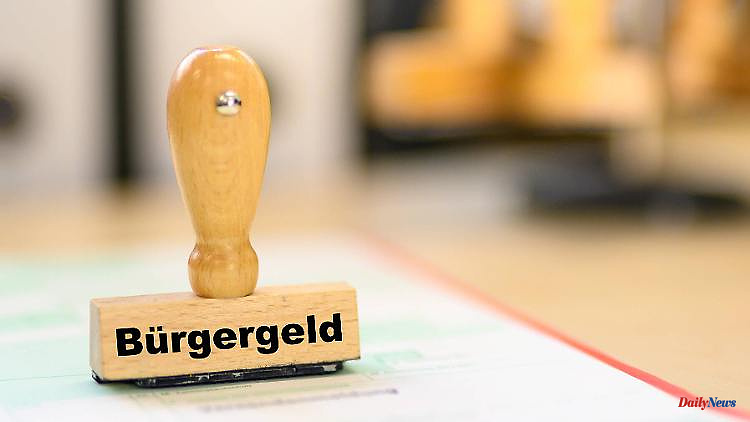 Hartz IV gets a new label, but Germany doesn't get a better labor market policy. Instead, the federal government is sending the wrong signals to the unemployed and working people with this reform.

The monthly Hartz IV rate will increase by 50 euros, the sanctions for misconduct will be abolished, further training will be increased again, and the whole thing will soon be called "citizen's allowance".

The German Social Democrats are thus completing an exorcism that has lasted for almost 15 years. The "Agenda 2010", the Hartz laws of the last SPD Chancellor Gerhard Schröder, were considered by large parts of the party to be the reason for its years of decline. It was never understood: Agenda 2010 was the largest German welfare state reform since the war, it was the foundation of more than a decade of almost uninterrupted growth, falling national debt and full employment that was hardly thought possible. During her long term in office, Angela Merkel has lived from little else as well as from the economic successes of this reform. Nevertheless, large parts of the SPD were not proud of it, but had a guilty conscience.

Now a new SPD chancellor is in office, and Hartz IV is disappearing not only in name but also as a concept. That's actually crazy.

The 50 euro increase is not the problem at all, on the contrary. Probably everyone would treat the unemployed (for more than a year) to this surcharge, but the higher prices for food alone justify the new rate. It's about something else.

The reform reflects an attitude that places the value of work and workers even lower. This cannot be intentional, but it can be read at several points.

The effort to find a new job is left to the discretion of the unemployed: if you don't want to, you shouldn't either. Officially "job seekers" can say no if they don't like a reasonable job. They no longer have to fear pressure or cuts. This particularly devalues ​​jobs with simple activities, it is a departure from the old (social democratic) worker's honor that almost any work is better than no work.

The extensive waiver of sanctions for missing or boycotting the dates or training courses offered points in the same direction. What would hardly be possible in the world of work should be okay in the world of unemployment? It doesn't add up, and it sends another disturbing signal to those working full-time menial jobs whose taxes and social security contributions help pay for unemployment benefits. Far more people than before will therefore think: "Those who work are stupid." The government cannot want that - but it encourages it.

The strong emphasis on further training in the reform is at least questionable. In practice, it takes precedence over placement in work, which turns the original Hartz IV concept upside down. The innumerable further training offers in the past have by no means had the success that their expansion would now suggest - especially not at a time when trade and companies are desperately looking for employees.

Because that is the real scandal of German labor market policy, which is switching from Hartz IV to citizen income: It fails to fill even a fraction of the almost two million vacancies from the group of 2.5 million unemployed. Certainly not every one of these 2.5 million is employable. But it is by far not just about highly qualified employment, several hundred thousand jobs with so-called simple activities are also open. But when luggage transporters are needed at the airport or helpers in the nursing home, the Minister of Labor no longer mentions the local unemployed. Immigration should be the solution almost automatically and immediately - but it fails due to bureaucracy, as in the case of the airport employees from Turkey.

The citizens' income changes nothing at all about this blatant failure. The government, it seems, has simply reconciled itself to the grotesque disparity between the number of unemployed and the number of vacancies. She has given up. Seen in this way, the citizen's income is not the restart of labor market policy, but its requiem.

1 Counterattacks, not a counteroffensive: General Zorn... 2 More money, less pressure: the cabinet decides on... 3 "Rarely so much approval": Wagenknecht convinced... 4 Around 100 victims on both sides: ceasefire between... 5 Von der Leyen travels to Kyiv: EU wants to siphon... 6 Former Soviet republics: exchange of fire at the border... 7 "Negotiating scope changed": According to... 8 Bill in US Senate: Graham wants a nationwide ban on... 9 Replacement for the Hartz IV system: These changes... 10 After Schneider left: Left boss Schirdewan: Wagenknecht... 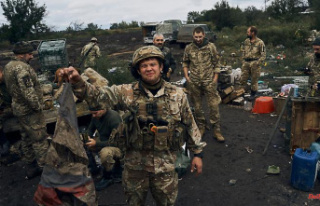 Counterattacks, not a counteroffensive: General Zorn...