In the fight for leadership of the Tory party, Secretary of State Truss is the favorite in the TV duel - and ends up being the big loser. 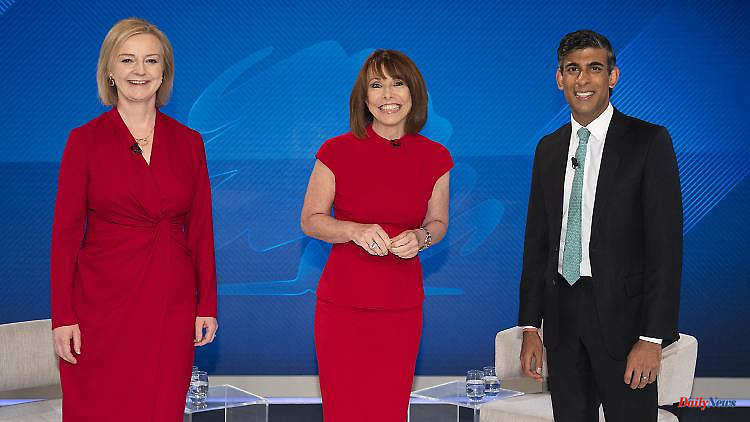 In the fight for leadership of the Tory party, Secretary of State Truss is the favorite in the TV duel - and ends up being the big loser. Your opponent Sunak is already on Twitter confident of victory for the vote in September.

Ex-Finance Minister Rishi Sunak was able to convince a clear majority of viewers in the studio in a TV duel over the successor to outgoing British Prime Minister Boris Johnson. For his rival Liz Truss - in previous polls the clear favorite for the government office - significantly fewer guests raised their hands in a vote at the end of the 90-minute show on Thursday evening.

Members of the conservative Tory party were invited. In the coming weeks, they will be able to vote by letter or online on who will move into Downing Street at the beginning of September. Sunak, 42, shared the recording of the voting on Twitter after the broadcast.

Secretary of State Truss had to justify an about-face in her election campaign in an interview with Sky News presenter Kay Burley. In a press release, she announced that outside of the more affluent areas of London and southern England, public sector wages would be reduced to better reflect regional living conditions. Experts pointed out that the cuts are likely to affect groups such as nurses and teachers in particular. Unions announced tough resistance. When prominent members of her Conservative Party also disagreed, Truss backtracked, saying her plans had been misrepresented by the media.

The candidate also repeated this accusation in the TV debate, but also admitted that after "concerns" she decided not to pursue the plans any further. "It wasn't the right measure," Truss admitted when asked. In regular polls among Tory members, the 47-year-old has always been clearly ahead. Many prominent members of the current or former Johnson cabinet have expressed their support for her. 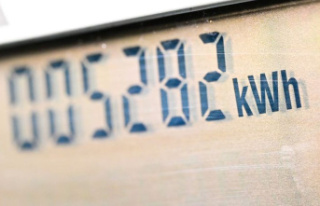