Many French people are not really interested in it, but today's parliamentary elections are groundbreaking: President Macron has to fear for his majority and may have to appoint a head of government who wanted to force him out of the Élysée Palace weeks ago - and who is pursuing a completely different agenda. 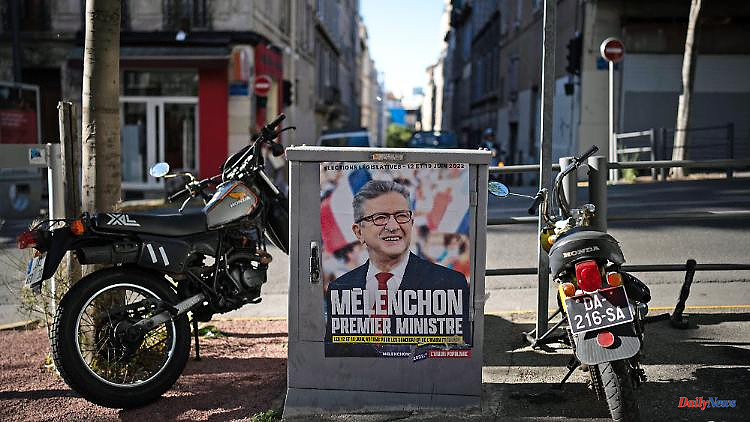 Many French people are not really interested in it, but today's parliamentary elections are groundbreaking: President Macron has to fear for his majority and may have to appoint a head of government who wanted to force him out of the Élysée Palace weeks ago - and who is pursuing a completely different agenda.

France is re-electing its parliament this Sunday, but not even every second person wants to vote. Rarely has there been so much disenchantment with politics in France. The country is more divided than ever and there is great dissatisfaction. It was only a few weeks ago that the liberal President Emmanuel Macron was re-elected with a bang for a second term. Grinding their teeth, many voters who were disappointed and frustrated by him voted for the center politician in order to slow down his right-wing nationalist challenger, Marine Le Pen.

Now this tactically motivated support is over. Everything is back to square one - at least in theory. Because the parliamentary elections are deliberately only a few weeks after the presidential elections. It is intended to enable the newly elected head of state to get started with his own majority in the National Assembly and is seen in France as a kind of confirmation of the previous vote. Accordingly, it is mainly the supporters of the winner who vote, while the electorate of the defeated candidates stays at home in droves.

Left veteran Jean-Luc Mélenchon hopes things will be different this time. In the first round of the presidential election, he received an impressive 22 percent of the votes, but was knocked out in third place. "Elect me prime minister," has since been campaigning for Mélenchon, who managed the coup after the presidential election to unite the splintered left with the fallen Socialists, Greens and Communists behind him. The polls see this new left-wing alliance on the upswing. If it got a majority, Macron would effectively be forced to appoint a prime minister from this camp.

With this lever to power, Mélenchon advertises in a targeted manner and makes himself an opponent of Macron. But the left, who was trying to get momentum into the election campaign, hits nothing with his blows. Because Macron publicly hardly gave a thought to the vote and let his opponent run up. Observers also take stock: there was virtually no election campaign.

Just this week, the President set out for campaign dates outside of Paris and in the South, where he stressed the importance of a "strong and clear majority" to advance his policies. "If the presidential election is decisive, then the election of the deputies is decisive," Macron said on Thursday. At least that's true for him - without a parliamentary majority it will be difficult with his plans.

Polls suggest a significant loss of votes for Macron, who is no longer a beacon of hope like in 2017, but is clearly marked by five years in office full of crises. Ultimately, however, the polling institutes assume that Macron's camp will at least regain a relative majority in parliament. The 577 seats are allocated according to a complex system of majority voting. In the end, only the votes for the winner in the respective voting district count.

Le Pen, who was replaced by Mélenchon as Macron's main competitor within a few weeks, has become noticeably quiet. The reason for this is not a sudden change in mood in France - the right-wing nationalist still has considerable support - but the special nature of the parliamentary elections. In contrast to the presidential election, local roots also count here, and that's not Le Pen's strength.

The political tripartite division, which was already clearly evident in the presidential election, is likely to be reflected in the parliamentary elections as well. A left block, a far right block, and Macron in the middle. The conservative Républicains, once the people's party and still the strongest opposition force in the National Assembly, must reckon with heavy losses. The second traditional people's party of the Socialists, which is only a shadow of itself, has subordinated itself to the left-wing alliance Mélenchon and has itself agreed to a euro-critical line that approves of violating EU rules.

The result of the parliamentary elections will largely decide which course France will take in the coming years. Can Macron govern with his cabinet, does the balance of power force him to form the prime minister and government from a different camp, or will parliament at least make it uncomfortable for him? The fact that there is hardly any interest in the important vote despite the dissatisfaction in the country and the new dynamic with the left-wing alliance is probably also due to the fact that displeasure in France is traditionally expressed on the street rather than at the ballot box.

1 Football/French team. Tchouameni, Real Madrid to be... 2 Criticism of commitment to Moscow: Steinmeier distances... 3 Legislative 2022. Live: Follow the first round. The... 4 The night of the war at a glance: Secret service:... 5 Auto. Yoann Bonato suffers a setback at the Vosges... 6 Science. What makes yawns contagious and why are they... 7 "A first important step": Now the turnaround... 8 Baden-Württemberg: 67-year-old rolls over with car:... 9 Bavaria: Many mosquitoes hatch in Bavaria 10 Bavaria: LKA advises police officers not to wear the... 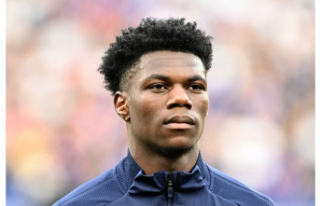