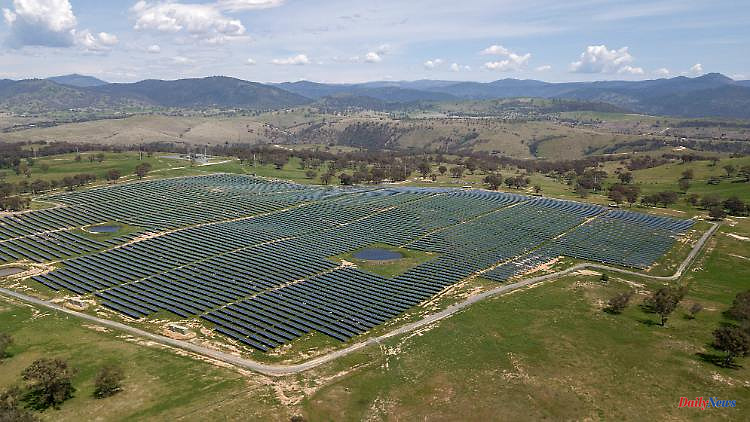 Australia offers ideal conditions for renewable energies: Lots of sun, lots of wind and large open spaces. But the country still mainly uses coal and other fossil fuels. This should now change with a new climate protection law.

Australia has introduced a climate protection law that aims to significantly reduce CO2 emissions. "The decade of inaction and denial is over," said new Prime Minister Anthony Albanese ahead of the Canberra vote. Australia is stepping out of the international "dirty corner" when it comes to climate protection. Before the law to reduce CO2 emissions more quickly can come into force, the Senate still has to approve it in September.

Members of the House of Commons voted 89 to 55 in favor of the bill. Albanese wants to keep his campaign promise to reduce Australia's CO2 emissions by 43 percent by 2030 compared to 2005. "Passing this law sends a great message to the people of Australia - that we are really doing something about climate change," Albanese said.

In May, Australia's Labor Party replaced Prime Minister Scott Morrison's Conservatives, who had ruled for ten years. Since then, the new government has been trying to shake off the country's fossil-fuel-dependant reputation as a slowdown on climate change.

Albanese had already announced a change of course immediately after his election victory and said that Australia could become "a superpower of renewable energy". During the election campaign, his party campaigned for a massive expansion of renewable energies, purchase premiums for electric cars and significantly stricter emission laws. However, Labor had not announced any coal mine closures. Australia is one of the most important coal producers in the world.

While the Australian Greens supported the new law, they also criticized it for not going far enough in connection with the passage. "The fight against the opening of new coal and gas mines by Labor continues," said Green Party leader Adam Bandt.

Australia has felt the effects of climate change severely in recent years: in 2019 huge forest and bush fires in the east of the country devastated an area the size of Finland, in February 2022 floods caused severe damage. Recently, renewed massive coral bleaching on the Great Barrier Reef became known. 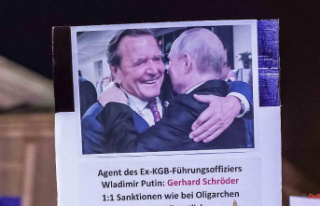 Moscow partly agrees with Schröder: Kremlin is "quite...