Commemoration in the Bundestag: Bas: Gorbachev brought freedom to millions

Before the start of the general debate in the Bundestag, Parliament President Bas takes the floor. 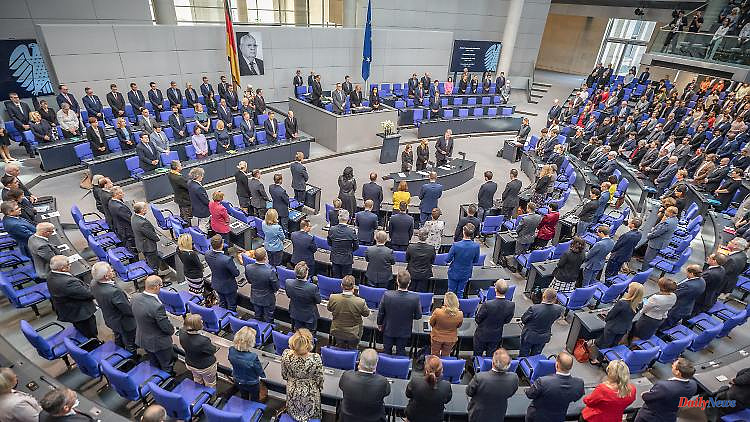 Before the start of the general debate in the Bundestag, Parliament President Bas takes the floor. She honors the late former Soviet head of state Gorbachev as a "pioneer of reunification" and a peaceful Europe. MEPs commemorate Gorbachev with a minute's silence.

The Bundestag observed the late former Soviet President Mikhail Gorbachev with a minute's silence. In a speech, Bundestag President Bärbel Bas described the former head of state as a "pioneer of reunification". He made possible what seemed unthinkable for decades - "ending the Cold War peacefully and overcoming the division of our country and our continent". According to the SPD politician, the Germans owe a lot to Gorbachev.

"He changed the history of our country and the lives of millions of people," added Bas. With his unexpected start into a new policy, he encouraged people in the GDR to empower themselves. She pointed out that the Soviet soldiers stayed in their barracks when people in the GDR took to the streets in 1989.

"His policy of renouncing violence and giving up Moscow's claim to power over the satellite states strengthened the civil rights movements in Central and Eastern Europe," Bas continued. His decisions would have brought freedom to many millions of people. In 1989 and 1990, Gorbachev expressly accepted the right of peoples to self-determination.

"Today there is a deep rift between Russia and Europe," Bas emphasized, referring to Russia's war of aggression in Ukraine. Gorbachev advocated new security structures in the pan-European spirit. Today it is Russia, under its President Vladimir Putin, that has broken with this spirit. "This is a tragic mistake."

It hurts deeply that everything Gorbachev stood for "is being violated and destroyed in such a blatant way today," added Bas. His courage "can also give us confidence in these dark hours for the great challenges we face". Gorbachev died on August 30 at the age of 91.

1 Surprising despite the CL bankruptcy: Coach Tuchel... 2 Long jumper draws conclusions: Mihambo describes lung... 3 After a TV wedding with Heidi Klum: Theresia Fischer... 4 'I love you all so much': The Weeknd is... 5 "Please, darling! Pee noises!": "Summer... 6 "It breaks my heart": singer Michelle cancels... 7 "The Lion's Den": Flat nipples and... 8 Melnyk near Plasberg: "The Germans should have... 9 Problem with late desire to have children: Women are... 10 Bavaria: Car crashes into underpass: 81-year-old comes... 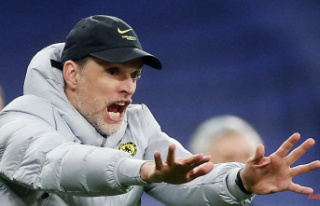