With a law against "foreign agents," Putin has succeeded in politically branding human rights organizations and critics of the Kremlin. 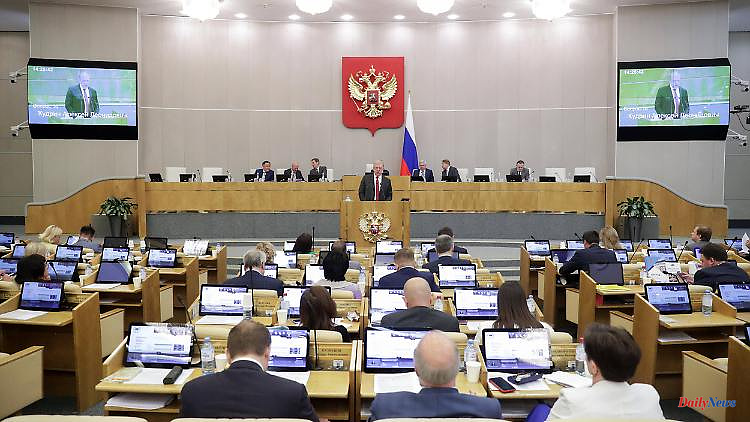 With a law against "foreign agents," Putin has succeeded in politically branding human rights organizations and critics of the Kremlin. Now the Duma is tightening the law even further. Concern about members of the opposition is growing.

Russia has further tightened its law on dealing with "foreign agents". The deputies of the Duma passed a corresponding amendment. People and organizations who are considered "foreign agents" will therefore be subject to further requirements in the future. The definition has also been extended so that classification as a "foreign agent" is simplified.

The law was introduced in 2012 and has been increasingly used against human rights organizations and the media in recent years, and since 2020 also against individuals. According to the Justice Ministry, around 130 individuals and about the same number of organizations are considered "foreign agents" in Russia. They are subject to extensive administrative requirements and must indicate their classification in all publications, especially on the Internet. Otherwise there is a risk of fines and professional bans.

At the end of 2021, the well-known human rights organization Memorial was banned on charges of not having consistently respected the conditions. Under the new law, "foreign agents" are barred from teaching in public schools, preparing "information" for minors, and receiving public funds. In addition, the classification as a "foreign agent" can now already take place if a person or an organization is under "foreign influence".

Previously, "political activities" combined with receiving money or other support from abroad led to classification as a "foreign agent". The definition of "foreign influence" is significantly broader, raising concerns that other Kremlin critics could soon fall under the law. The text of the law was adopted today in the third and final reading. It has yet to be approved by the House of Lords and then signed by President Vladimir Putin, which is usually a formality. According to the Duma, the new rules should come into force on December 1st.

1 At the start of the summer holidays: It can also get... 2 Kahn's moment of humility in the World Cup final:... 3 Inspiration from TV show: American wins lottery with... 4 Halo-Halo, Gazoz, Butterfly Pea: This is what the... 5 The new one is a reporter: Julian Nagelsmann is newly... 6 Kissinger: China's major concern: "Interests... 7 Is the price of electricity going down?: That means... 8 New transmission path discovered: Kissing could trigger... 9 Distance, blind spot and camera: Ride Vision - flash... 10 Thuringia: Statistics: Youth Welfare Offices took... 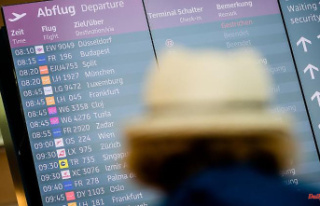 At the start of the summer holidays: It can also get...