Concerns about high inflation: Lindner: "No one will be cold this winter"

Christian Lindner praises his own draft budget for the coming year. 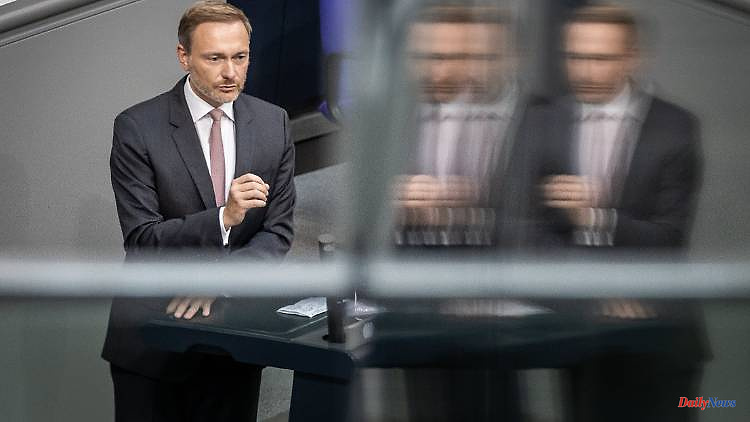 Christian Lindner praises his own draft budget for the coming year. The finance minister is convinced that although the debt brake will be complied with, the middle of society can be relieved in this way. He sees Germany prepared for the cold months.

Federal Finance Minister Christian Lindner has assured the population of support in view of the high energy and food prices. "Due to financial worries, nobody in this country will be cold and nobody will starve this winter," he said in the Bundestag. Fighting inflation is "the first priority," added Lindner, because the price hike is a "program to impoverish families in mainstream society." However, not all consequences of inflation could be averted, the minister admitted. "We must not give the wrong impression either."

Lindner also linked the planned compliance with the debt brake in the coming year to inflation. "You don't fight inflation with more and more government debt," he said. The return to the debt brake is constitutionally "mandatory anyway", but it is also a requirement of "economic prudence". At the same time, the minister admitted that it was a "great challenge" to set the right priorities in the budget in view of this goal.

Germany is currently experiencing "times of uncertainty," said Lindner. In this phase, his draft budget for 2023 provides "orientation and sets priorities". It is not just about a "crisis budget", but also "courageous priorities" for the future.

Lindner spoke on the occasion of the Bundestag debate on his ministry's budget. He had to leave the submission of the budget draft for next year to his parliamentary state secretary Florian Toncar on Tuesday because he himself was prevented by a bereavement in his family.

The draft for the overall budget approved by the Federal Cabinet on July 1 provides for expenditure of 445.2 billion euros for 2023. That is around 50.6 billion euros or 10.2 percent less than this year. The new debt should only amount to 17.2 billion euros, after each three-digit billion amounts in the pandemic years 2020 to 2022. 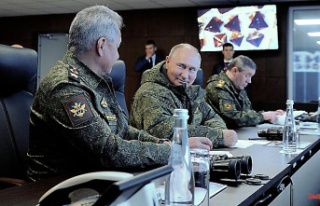