"Concerted action" on Monday: Scholz has to unite everyone behind one goal

Because prices continue to rise, a third relief package has long been in the air, but the state is gradually running out of steam. 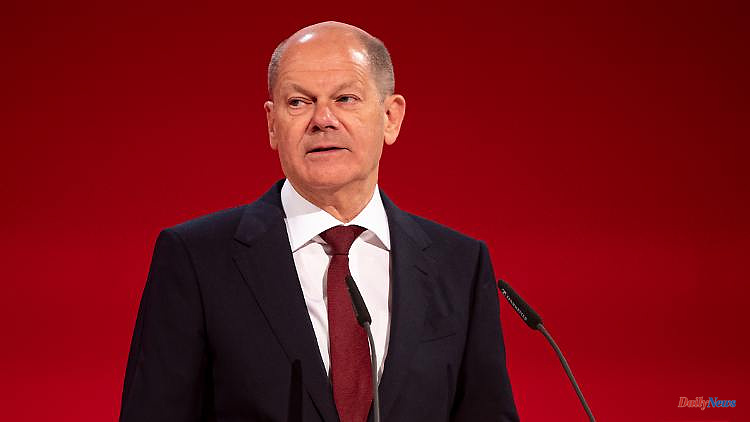 Because prices continue to rise, a third relief package has long been in the air, but the state is gradually running out of steam. The federal government therefore wants to commit employers and trade unions to a common goal. That will be difficult for the Chancellor.

After the summit marathon of the EU, G7 and NATO, Chancellor Olaf Scholz is fortunately in full training. The meeting of employers, trade unions and experts taking place on Monday is hardly inferior in importance to the international meetings: The participants have to do nothing less than maintain social peace in Germany and at the same time ensure the survival and long-term growth of the German economy.

Both are threatened by inflation, which is stagnating at a high level. Despite the different interests between employees and companies, successful mediation is imperative: If the loss of purchasing power continues, the federal government will not only lose approval - ahead of the approaching state elections in Lower Saxony - but possibly also support for its Ukraine policy, in which Germany will probably have to support the attacked country financially and materially for a long time to come.

On Monday, the participants will first have to agree on how bad the situation is. Finally, inflation is also driven by temporary effects: Both the supply chain problems as a result of the corona pandemic and the Chinese CP’s continued “Zero Covid” strategy and the high energy prices in the wake of the Ukraine war are a finite problem. This is apparently the basis for the idea being pursued in the Federal Chancellery that instead of permanent wage increases, one-off payments should be made that the state would not tax in return.

Only when and if at all the inflation drivers will lose their effect, no one knows, argue the unions, which are demanding permanent wage increases. Employers also emphasize the uncertainty and point to additional structural problems such as the shortage of materials and workers, which means that there is no scope for large wage increases.

On the other hand, not all sectors are doing badly in Germany. Many have made solid profits even in the past two years of the pandemic, while other areas have been badly hit. The problems are very unevenly distributed depending on the industry and region, which is why calls for strong wage increases and calls for wage restraint before the upcoming collective bargaining negotiations do not get to the heart of the problem in their generality.

Nevertheless, the federal government expects concessions from both sides: after two relief packages costing more than 30 billion euros and the debt brake taking effect in the upcoming budget, all three governing parties have made it clear that the state can no longer compensate for the additional burdens on business and consumers on its own. All sides would have to give something so that Germany can at least get by next spring. Then, as Federal Minister of Economics Robert Habeck said on Thursday, a new upswing could set in - always provided that the war in Ukraine, the pandemic or other crises do not escalate further.

"One-off payments don't get us any further," Verdi boss Frank Werneke told radio station Bayern 2 on Monday. Rather, it is the job of the collective bargaining parties to ensure that permanently rising prices also result in permanently effective collective wage increases. "And I don't see that politicians can do that for us either." Another sticking point: The federal government cannot anticipate the collective bargaining at its meeting on Monday. At best, employee and employer representatives could signal their willingness to make one-off payments. When and how high these will be, and if at all, remains unclear in the individual sectors for the time being. How such a big signal should come about that politics, business and trade unions are pulling together in the context of the concerted action is open.

Not only trade unions, but also economists cite the need for permanent relief as an argument against one-off payments. "One-time aid will only help in the short term, but will not be able to relieve people with low incomes in the long term," said Marcel Fratzscher, President of the German Institute for Economic Research (DIW Berlin), the "Augsburger Allgemeine". On the other hand, Michael Hüther, director of the employer-related Institute of the German Economy (IW), considers one-off payments to be a "tested instrument" in collective bargaining and salary increases. "Here, as with the Corona premium, the state could make these payments tax- and contribution-free, if necessary up to a maximum amount per year," he said.

But both the Greens and the FDP have already warned that the state cannot afford not to tax one-off payments to high earners. Federal Finance Minister Christian Lindner, who absolutely wants to restore the debt brake in 2023, explained that the tax-free Corona bonus was not suitable as a model: “An unconditional expansion to the entire economy would also be difficult to finance for the federal and state governments.”

So Scholz goes into the meeting with a proposal that has been talked about for days. At the same time, the tone between employers and unions has recently hardened. After the seaport workers held a warning strike to enforce their collective bargaining demands despite supply chain problems, employers' president Rainer Dulger angered the unions with his criticism: Perhaps a "national emergency" is needed that also breaks the right to strike, said Dulger. But he was by no means in favor of restricting the right to strike.

"This is an expression of an anti-democratic attitude," Werneke replied in the news portal "The Pioneer". The Verdi boss spoke of a "very, very questionable formulation" by Dulgers. This is not a tone that gives hope for a collegial meeting on Monday. And by no means does everyone in the Chancellery sit at the table who is affected by inflation and its consequences: employees who are not bound by a collective agreement and the self-employed, as well as pensioners and recipients of basic social security are also struggling with high costs.

Pensioners benefit from the extraordinarily high inflation compensation of well over 6 percent, but because this is hardly enough to cushion the price jumps for people with small pensions, the VdK is now complaining that pensioners, retirees, children and recipients of basic security benefits also receive the energy price flat rate of 300 euros . Lindner's budget would suddenly be burdened with another billion euros. The Greens and parts of the SPD are also calling for an increase in the standard rates. However, even if the lawsuit is successful, there is no prospect of an increase in income for employees who are not bound by a collective agreement and the self-employed.

Conversely, it is also not foreseeable that high wage demands in prosperous sectors will become a problem for all economic sectors. "The times when pilot agreements in important industrial sectors determined the trend of an entire wage round ('convoy principle') are long gone," writes Reinhard Bispinck, economic researcher at the trade union-affiliated Hans Böckler Foundation. The demand by IG Metall for 8 percent more wages in the metal and electrical industry does not necessarily have an impact on other sectors.

The invited experts, the so-called economic experts, are likely to play an important part in the decision-making process. The question remains controversial as to whether higher wages are necessarily passed on by companies, which means that prices continue to rise and a spiral is set in motion. As is so often the case in economics, this is more a question of basic attitudes than numbers. But Scholz has no time for ideological debates in the "concerted action" he proclaimed. The traffic light government wants to send the signal to the country before the start of the summer holidays that it can get inflation under control. Fall will be challenging enough without melting wages and savings. 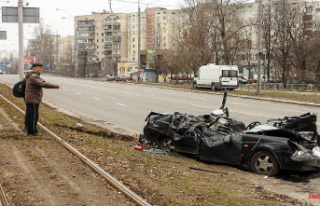 Diary from the Ukraine: War - and mother first frys...