For years, the Climate and Environmental Foundation Mecklenburg-West Pomerania has been pursuing a goal that does not live up to its name: the completion of the Nord Stream 2 gas pipeline. 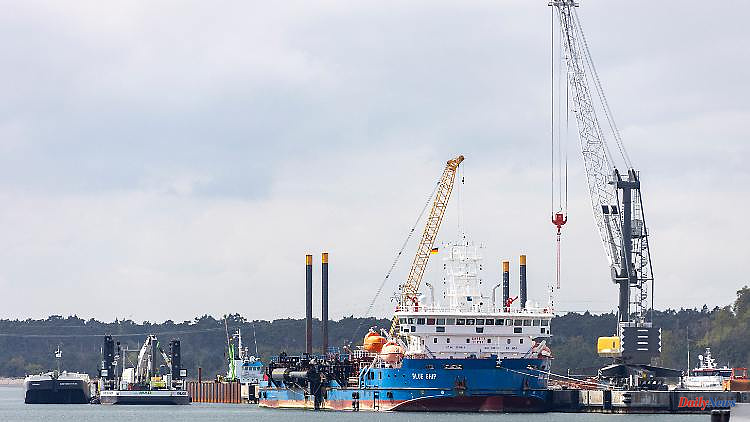 For years, the Climate and Environmental Foundation Mecklenburg-West Pomerania has been pursuing a goal that does not live up to its name: the completion of the Nord Stream 2 gas pipeline. As the board has now disclosed, a large sum is being invested in the construction, but only a small amount in environmental projects .

Last year, the controversial climate foundation of Mecklenburg-Western Pomerania bought goods, equipment and services worth 165 million euros for laying the Russian natural gas pipeline Nord Stream 2 through the Baltic Sea. This was announced by the foundation's board of directors. The orders were triggered in consultation with Nord Stream 2 AG and pre-financed by them. According to an agreement with Nord Stream 2 AG, the foundation should receive ten percent of the contract amount as payment for its services. The cost of the pipeline was recently estimated at almost ten billion euros.

20 million euros that the foundation received from Nord Stream 2 for climate protection projects were not used for the pipeline construction, emphasized the foundation's board of directors under former Prime Minister Erwin Sellering. He also rejected the accusation of money laundering raised by the opposition in the state parliament as "defamatory propaganda". There is no evidence that the money received from Nord Stream 2 came from illegal activities.

The Climate and Environment Foundation of Mecklenburg-Western Pomerania was founded by the state government in 2021. Among other things, it was intended to enable the pipeline to be completed with covert business activities because companies involved in the construction had been threatened by US sanctions since 2020. According to the foundation, around 80 companies have received orders from it, half of which are based in northern Germany.

Among other things, the ship "Blue Ship" was purchased, converted and operated in order to carry out rock embankments on the bottom of the Baltic Sea. According to the foundation, the ship, which sails under the Cypriot flag, is to be sold. Nord Stream 2 is entitled to the proceeds, but the company is in bankruptcy.

After Russia attacked Ukraine, the 1,200-kilometer pipeline was put into operation. The state government of Mecklenburg-Western Pomerania also wants to dissolve the climate foundation. However, Sellering refuses to initiate this as a foundation board member because he considers the dissolution to be illegal. Nevertheless, the board of directors is expected to resign at the end of September.

As a vehement advocate of pipeline construction and politically responsible for the climate foundation, Prime Minister Manuela Schwesig has recently come under massive pressure. Immediately before the state elections won by the SPD in September 2021, 71 percent of those entitled to vote were satisfied with Schwesig. According to a recent survey by Infratest dimap on behalf of Norddeutscher Rundfunk, approval recently fell to 49 percent.

1 Start of Saudi Gulf Tour: PGA bans those who take... 2 Where does Sars-CoV-2 come from?: Corona expert council... 3 Bavaria: climbers in Tyrol buried under boulders 4 Baden-Württemberg: State-wide incidence increases... 5 Ardeche. 150 volunteers are needed for the Aluna festival's... 6 These are the candidate ministers who promise to fight... 7 DB Cargo plays the role of climate rescuer: "Do... 8 Saxony-Anhalt: City Council approves development plan... 9 Isere. A motorist aged 75 was seriously injured in... 10 Justice. Operators challenge suspension of telephone... 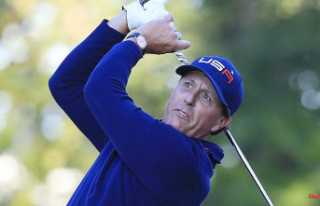 Start of Saudi Gulf Tour: PGA bans those who take...