Corruption in Hungary: How the EU defends itself against the Orban system

The EU is taking a step that is unique in its history and is denying Hungary the status of a democracy. 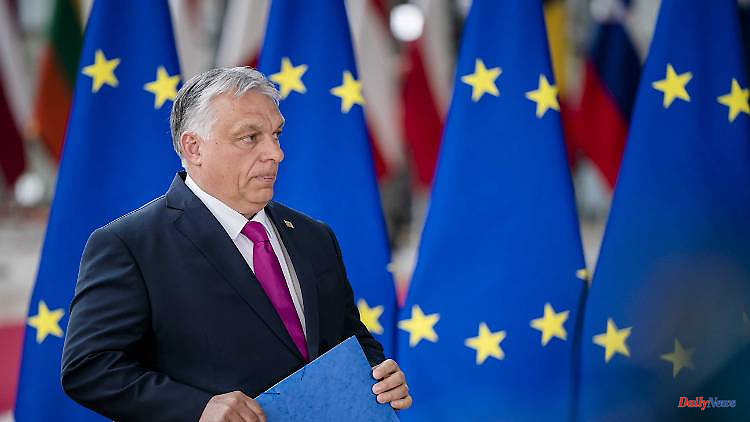 The EU is taking a step that is unique in its history and is denying Hungary the status of a democracy. Brussels is threatening cuts worth billions if the country does nothing to combat rampant corruption. What is behind the "System Orban"? And how promising are the measures?

The judgment of the EU Parliament is devastating. Last week, the majority of the Strasbourg MPs attested that Hungary was no longer a democracy. "Among experts" there is increasing agreement on this, the statement said. A symbolic step that, however, expresses the position of the EU with unusual clarity. "The result is not a surprise - and yet it is a very important moment for the EU," explained political scientist Daniela Schwarzer. "It is the first time that an EU institution has said in no uncertain terms that a member state is not a full democracy."

At the weekend, the EU Commission followed suit and formulated a plan to cut Budapest grants totaling 7.5 billion euros. Nothing has been decided yet, at least 15 member states with at least 65 percent of the EU population must first agree to the proposal. That is not considered secure. Poland has already made it clear that it will oppose the planned cut "with full force". At the same time, Hungary will be given the opportunity to avert the cut in funds by implementing a catalog of reforms.

What does the EU accuse Hungary of?

The European Union has been at odds with Hungary's right-wing government for years. The country has consistently turned away from EU standards, the accusation is. Under the leadership of Viktor Orban, who has been prime minister since 2010, Hungary has drifted towards a "hybrid system of electoral autocracy," said Schwarzer. Freedom of the press is restricted, minority rights curtailed.

The EU has already launched several infringement procedures and even taken Hungary to the European Court of Justice on the grounds that democracy and the rule of law are under threat. The government in Budapest has so far left it cold. In April, the EU activated the so-called rule of law mechanism for the first time to take action against violations of the rule of law in Hungary. The instrument now offers the EU the opportunity to cut said funds. It is an attempt to achieve a change of course in Hungary through financial pressure.

In this specific case, the EU disapproves of massive corruption in Hungary. A July report reveals problems "related to lobbying, revolving doors, and party and campaign financing." Nepotism in public administration is widespread in government and is not addressed by the judiciary. Brussels assumes that EU funds will flow into the pockets of a circle around Orban.

The European anti-corruption authority Olaf has repeatedly uncovered cases in which friends and relatives of Orban are given preference in public tenders. Orban's son-in-law Istvan Tiborcz, one of the richest people in the country, was awarded the contract for an EU project to expand street lighting and, according to Olaf, unfairly raked in millions. Orban's father, who works in the construction industry, also regularly benefits from funding from Brussels. The strangest thing is probably the rise of Lorinc Meszaros, an old school friend of Orban's. Once a penniless gas fitter, his company became a permanent partner in EU-funded projects when Orban took office in 2010. Today Meszaros is a billionaire.

"Viktor Orban's friends and family members have become immeasurably rich during this time," Green MEP Daniel Freund said on Deutschlandfunk. Orban has occupied entire sectors of the economy with his friends. These are "Hungarian oligarchs".

The amount consists of EU funds for disadvantaged regions. The EU wants to keep 65 percent of the money from three programs if Hungary does not push for fundamental changes. In total, Hungary will receive around 34 billion euros from the EU. In July, a legal opinion submitted to the EU Commission recommended that the payments be stopped completely. Accordingly, not a single euro is safe from abuse.

EU politician Freund also doesn't go far enough with the measures: "What has now been proposed sounds like a lot at first, of course, 7.5 billion, but at the same time it means that more than 80 percent of the EU funds go further flowing unhindered into Hungary into a system that is simply systematically corrupt." The fact that the EU Commission only wants to stop around a fifth of transfers to Hungary is due to legal concerns, said EU Budget Commissioner Johannes Hahn. The European Court of Justice obliges the EU to "proportionality".

What countermeasures does Hungary want to promote?

After the threat of financial losses, Hungary signaled an unusual willingness to talk. "Financial pressure is obviously having an effect," said Hahn. Budapest announced that it would set up an anti-corruption agency. The handling of EU funds is to be made more transparent and monitored more closely. The proportion of public tenders with only one bidder is to be reduced and cooperation with the EU anti-fraud authority is to be strengthened.

So far, these are just promises. Hungary is to finalize the proposals by November 19, and the EU will then present an interim report. The Hungarian politician of the Orban party Fidesz, Tibor Navracsics, said on Wednesday that he intends to introduce a draft law for an anti-corruption agency to parliament later this week.

How credible are the Hungarian promises?

Hungary affirms that it wants to implement the EU requirements. "We didn't make commitments to cloud the European Commission," said Hungarian chief negotiator Tibor Navracsics. However, skepticism prevails among many MEPs. "It is fatal that Viktor Orban can still avert these sanctions before the end of the year with a few sham reforms," ​​said Green politician Freund. Moritz Körner from the FDP says that the other EU countries shouldn't let themselves be fobbed off "with quickly decided paper tigers". "Orban has lost the right to a leap of faith." It is important that "European taxpayers' money no longer seeps away in the orbit of the Orban mafia".

SPD MEP Katarina Barley supports the measures, but urges that decisive action be taken: "Too often, the Commission has taken every little reform as a fig leaf to hide its own cave-ins in the face of the Orban regime," she said. 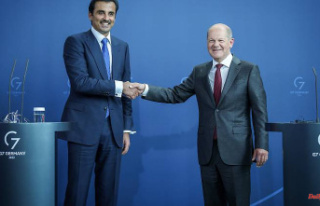