Counterattacks, not a counteroffensive: General Zorn warns against excessive euphoria in Ukraine 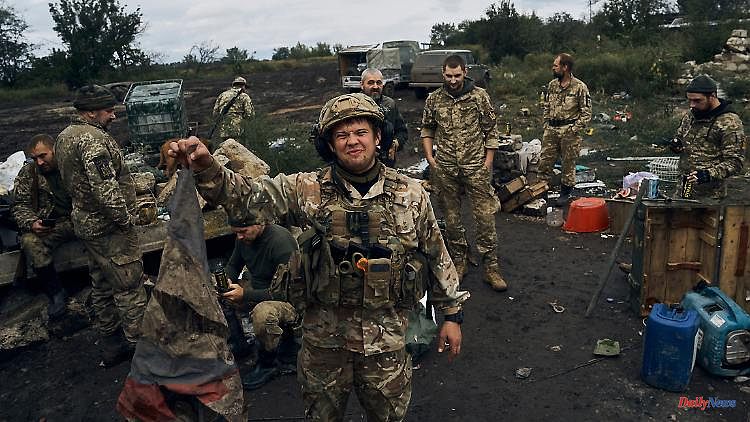 In the Kharkov region, Ukrainian troops capture numerous towns and lots of Russian war equipment. However, Bundeswehr Inspector General Zorn warns against overestimating the successes. Russia has not been pushed back across the board. He also takes a position on the subject of German arms deliveries.

Bundeswehr Inspector General Eberhard Zorn has warned against seeing Ukraine's recent successes in the war against Russia as a comprehensive counteroffensive. "I'm careful with the terms," ​​he told Focus. At best, he sees "counterattacks that can be used to win back locations or individual sections of the front, but not push back Russia on a broad front."

Even the approaching winter will "not reduce the suffering - on the contrary," said Zorn. The Ukrainian army acts "wisely, rarely offers a broadside and conducts operations confidently and very flexibly". Two weeks ago, he would have thought "that the entire Donbass would be in Russian hands in six months," said the Bundeswehr's highest-ranking soldier. "Today I say: They won't make it." But Zorn doubted whether the Ukrainians really had the strength for a counteroffensive. "You would need a superiority of at least three to one."

Zorn also defended the previous German arms deliveries: "The list is considerable, both quantitatively and qualitatively." He mentioned heavy equipment such as the Panzerhaubitze 2000, multiple rocket launchers and anti-aircraft tanks of the Gepard type. "In addition, we have supplied countless vehicles, ammunition and equipment." And with Iris-T, Germany is sending "a missile defense system that we would like to have ourselves."

"We will support Ukraine for as long as necessary," stressed Zorn. However, he warned against further arms deliveries, which would weaken the Bundeswehr's ability to defend itself. "My advice is really to honor our numbers: everything we give away, we need back." Putin only understands one language, "that is that of power. We need the right forces for effective deterrence. Our partners are counting on us."

Zorn reiterated his fears that Russian President Vladimir Putin could open a second front and named possible targets: "Kaliningrad, the Baltic Sea, the Finnish border, Georgia, Moldova ... there are many possibilities. Putin would have the skills."

Even if around 60 percent of its land forces are tied up in the Ukraine war, the Russian land forces and, above all, the navy and air force still have uncommitted capacities, Zorn said. "If Putin ordered a general mobilization, he wouldn't have any personnel problems either."

1 More money, less pressure: the cabinet decides on... 2 "Rarely so much approval": Wagenknecht convinced... 3 Around 100 victims on both sides: ceasefire between... 4 Von der Leyen travels to Kyiv: EU wants to siphon... 5 Former Soviet republics: exchange of fire at the border... 6 "Negotiating scope changed": According to... 7 Bill in US Senate: Graham wants a nationwide ban on... 8 Replacement for the Hartz IV system: These changes... 9 After Schneider left: Left boss Schirdewan: Wagenknecht... 10 'What they fear most': Ukraine plans new... 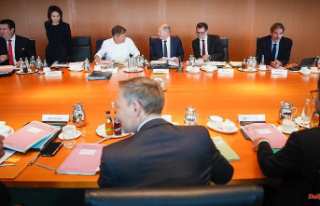