Air raid alarms sounded as soon as the heads of state and government of Germany, France, Italy and Romania arrived in the Ukrainian capital. 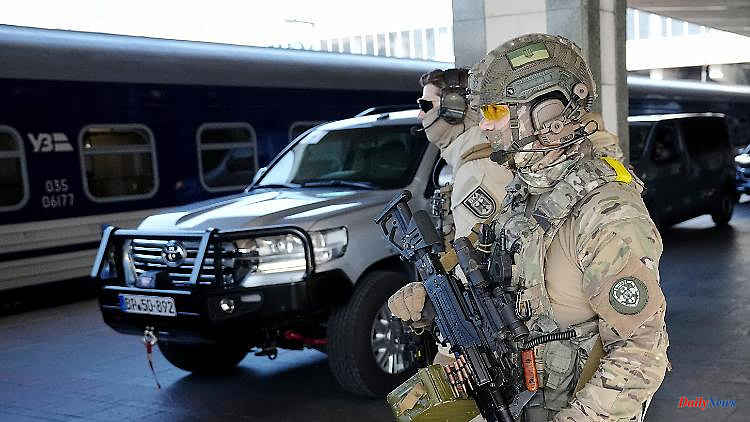 Air raid alarms sounded as soon as the heads of state and government of Germany, France, Italy and Romania arrived in the Ukrainian capital. A short time later, when the European guests are in the presidential palace, another air raid alarm is triggered.

During the visit of Federal Chancellor Olaf Scholz to Kyiv, the air raid alarm was triggered again in the Ukrainian capital for the second time. A reporter reported on the spot. French President Emmanuel Macron, Italian Prime Minister Mario Draghi and Romanian President Klaus Iohannis were in the capital with Scholz.

Already after their arrival in the morning there had been an air raid alarm. After about half an hour, this was lifted again. There were also air alerts in numerous other parts of the country. The guests from the EU were staying in the Presidential Palace at the time of the new air raid alarm. A short time later, the press conference with the heads of the countries took place. "The air raid sirens show that Russia doesn't choose who and when to attack," Zelenskyy commented.

Kiev's mayor Vitali Klitschko had previously warned of rockets falling on the capital. He commented on Scholz's visit with the words: "This is a sign of great support at a time when it is still a risk to visit Kyiv, because rockets can still hit at any time."

Scholz, Macron and Draghi traveled to the Ukrainian capital on a special train that morning. There they met President Volodymyr Zelenskyy to discuss further support for the country under Russian attack. The meeting also discussed Ukraine's desire to join the EU. Romania's President Klaus Iohannis announced that he had also arrived in Kyiv.

Since mid-March, numerous heads of state and government have traveled to Ukraine, which has now been defending itself against attacks by Russian forces for almost four months. However, this visit is undoubtedly the most important: Scholz, Macron and Draghi represent the three most populous and economically strong EU countries. All three states belong to the G7, in which democratic economic powers have come together.

Zelenskyj is demanding that Europe deliver more heavy weapons and that the EU agree to Ukraine's candidacy for membership at its summit in Brussels next week. 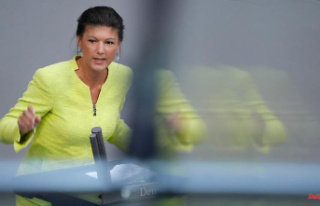