Italy is the only country in Europe where wages have fallen over the past thirty years. 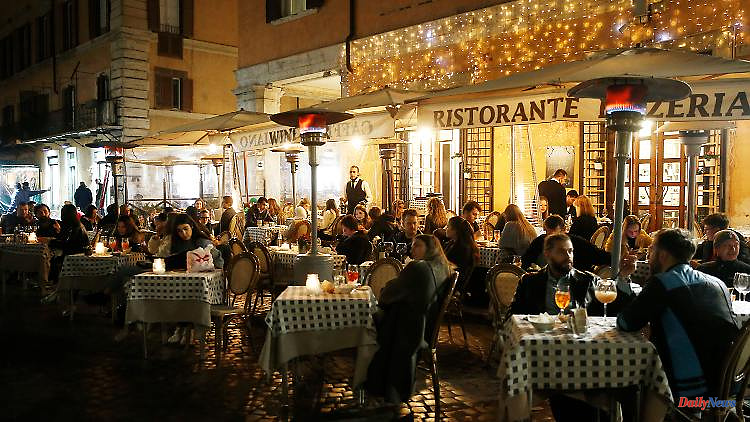 Italy is the only country in Europe where wages have fallen over the past thirty years. Actually the perfect topic for the political fight. But not in Italy. This also has to do with the end of the popular parties.

Minimum wage: yes or no? While even Germany ended this debate eight years ago, it boils up again and again in Italy, only to die down without any results after a short time. It is currently gaining momentum after the EU states and the European Parliament agreed this week on minimum wage rules that will apply throughout Europe in the future.

Italy is one of only six EU countries that do not yet have a minimum wage. In doing so, he might be able to remedy many a grievance, especially in this country. According to the OECD, Italy is the only country in Europe where between 1990 and 2020 wages did not increase, but instead decreased, by 2.5 percent. In addition, almost 70 percent of the total of 23 million employees receive a net hourly wage of less than the 9 euros that is currently under discussion. 16.8 percent even receive less than 8 euros, according to the official figures of the statistics office ISTAT.

Behind the numbers are people struggling day after day to get by financially. For example, the restorer Laura, who, despite her studies and two master's degrees, has changed jobs three times in four years and does not earn more than 7 euros an hour. "You want to know how I imagine my future?" she says. "Not at all. At the moment I'm trying to make ends meet." Massimo works in a museum, but asks that no location be given - all respondents want to maintain their anonymity. He earns 8 euros. "Of course, many don't get along with it and do a double job." Young designer Lucia's experience is even worse. In a design office she got a monthly salary of 500 euros for 10 hours a day, black.

The examples show that not only seasonal workers, nursing staff, waiters or delivery men are affected. Every year, 70,000 mostly well-educated young people leave Italy, in whose education the state has invested. As a result, Italy ranks last in the world in terms of demographic growth - simply because you can't afford children. For this reason alone, the topic of salary should actually be one of the top priorities in politics. But this is not the case.

Of course, each party has its opinion on the minimum wage. The Democrats and the Five Star Movement are for it. The national-populist Lega, the right-wing Fratelli d'Italia and the neoliberals of Berlusconi's Forza Italia are opposed. They plead for fewer taxes and contributions in favor of entrepreneurs, who would then - according to the idea - pay higher salaries. But politicians can't really warm to the subject.

"There used to be the big people's parties that stood up for important social authorities, had an overall vision of society, the world and long-term structured goals," explains Massimiliano Valerii, Director General of the social and economic research institute Censis, in an interview with ntv.de. "Today we have so-called 'leaders' who are primarily guided by surveys and likes and therefore prefer to support bonuses of all kinds - for the purchase of a bicycle, for the sustainable renovation of buildings through to culture bonuses - in order to generate an immediate positive get a reaction."

Valerii himself is in favor of introducing the minimum wage, not least because the number of working poor in Italy has risen dramatically. More than 5 million employees in Germany now earn less than 10,000 euros a year, which corresponds to an average salary of 830 euros a month. Before the pandemic, it was over 4 million. The one million that has been added are mostly people who were still getting by on their salary before Corona.

Unsurprisingly, employers are firmly opposed to the introduction of the minimum wage. Carlo Bonomi, chairman of the industrial association Confindustria, recently said: "There is only one way to turn the wheel: the tax burden and social security contributions must be reduced. If politicians finally enforced this, there would also be more net than gross." In fact, an entrepreneur in Italy pays 1000 euros net, around 2000 euros gross. This amount includes vacation and the so-called severance pay that is due when you change jobs. The latter is available to every employee in Italy at the end of an employment relationship and amounts to 6.9 percent of the annual salary for each year.

Valerii agrees with the entrepreneurs, but at the same time points to a walkable path. "Of course, the entrepreneurs have to be relieved. But not by the state incurring new debts, but by bringing order to the bonus and tax relief jungle, sorting it efficiently. With the resources gained in this way, the entrepreneurs could be relieved, minimum wage and higher severance payments would be no problem anymore."

Of the three major unions, only the CGIL, once part of the PCI Communist Party, supports the minimum wage. Lugi Sbarra, chairman of the former Christian Democratic competitor trade union CISL, instead relies on collective bargaining as a guard rail: "Because the minimum wage is only useful in countries where there are no appropriate collective bargaining and where, lo and behold, the salaries are also the lowest," he said in an interview. Anna Di Cori, chairwoman of the small trade union SALIS, which campaigns for domestic help, also speaks out against the minimum wage: "Today, the minimum hourly wage for a domestic help is 4.83 euros, although most receive a fee of between 7 and 10 euros. I fear that the minimum wage would lead to more undeclared work," she says to ntv.de.

Massimiliano Valerii rejects this thesis as absurd. "Just because there is a risk, you cannot do without a measure that ensures more justice." He finds the argument put forward by Forza Italia politician and Minister of Public Administration Renato Brunetta just as absurd. He rejected the introduction of the minimum wage on the grounds that it did not correspond to "our culture of industrial relations". "Well, you can see where this culture has led," notes Valerii dryly.

A social worker said in a recent interview: "We youngsters have somehow internalized that the only way to get into the job market is to let ourselves be taken advantage of." A sad insight that also contradicts the Italian constitution. Article 1 of this article states: "Italy is a democratic republic based on work." Something is totally out of whack there. 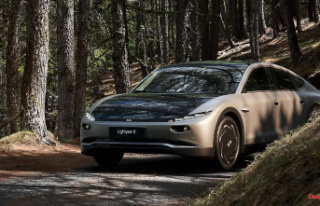