Criminal offenses are the wrong way: Woidke: Last generation "does nothing for the climate"

The disruptive actions of the last generation are a thorn in the side of many politicians. 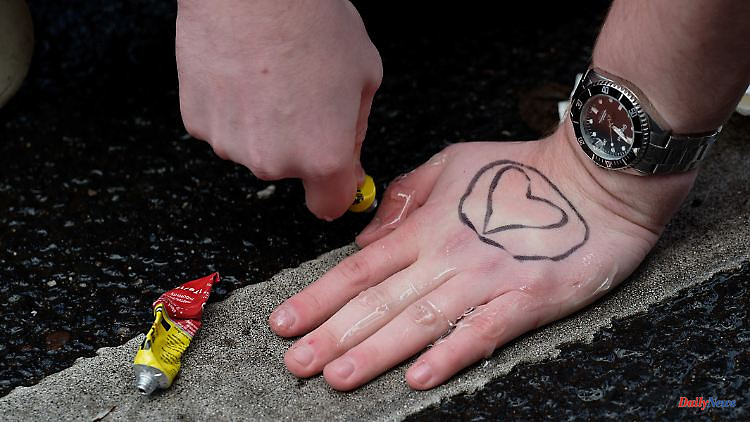 The disruptive actions of the last generation are a thorn in the side of many politicians. Brandenburg's Prime Minister Woidke also doesn't think much of the protests. They wouldn't help climate protection, he says - and presents the activists with job offers.

Brandenburg's Prime Minister Dietmar Woidke has sharply criticized the actions of climate activists from the Last Generation group. "For me, the ladies and gentlemen who stick their butts on the street from time to time are not climate activists because they do nothing for the climate," said Woidke in Potsdam. "Active climate protectors are those who leave the house at five (o'clock) in the morning, for example to build modern heating systems, wind turbines or battery storage."

The SPD politician thinks the way in which the activists promote climate protection is wrong. "The way to commit crimes is the wrong way anyway," said Woidke. "The state cannot be blackmailed. That's why I really hope that they really become climate activists." With a wink, he gave them the advice: "The Chamber of Crafts is happy to advise on relevant job offers."

The climate protest group Last Generation meanwhile defended their actions. "The people who are currently in the civil resistance have tried other ways for years to stop the climate collapse," said spokeswoman Aimée van Baalen. Active resistance, primarily on the streets, is necessary and morally legitimate. "No petition brought us women's suffrage or equal rights between blacks and whites. It was active resistance to wrongdoing by the government."

Climate protesters are blocking and sticking to roads nationwide, causing traffic problems. Last year, climate activists also organized disruptive actions on the site of the PCK refinery in Schwedt, interrupting the oil supply, among other things. The public prosecutor's office in Neuruppin is investigating the disruption of public services and the suspected formation of a criminal organization. Activists also blocked track and conveyor systems on the site of the Jänschwalde lignite-fired power plant and paralyzed operations at the capital's BER airport for a while. 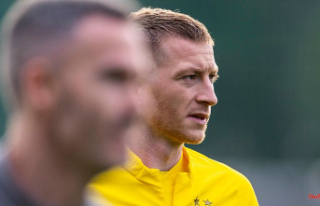