The reaction to the London government's draft law, which would allow it to unilaterally rescind the agreements under the Northern Ireland Protocol, has been violent. 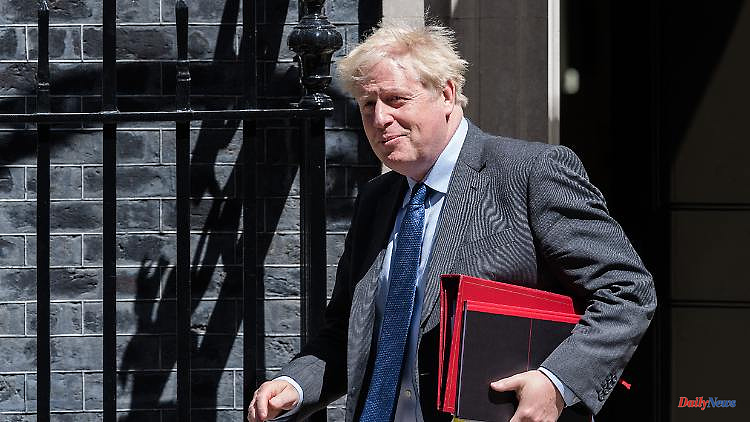 The reaction to the London government's draft law, which would allow it to unilaterally rescind the agreements under the Northern Ireland Protocol, has been violent. Brussels announces that it will advance several infringement procedures. Johnson is not impressed.

British Prime Minister Boris Johnson believes that the conflict between his government and the EU, which has recently intensified, has been overstated. He describes the European Union's severe criticism of his handling of the Northern Ireland Protocol as "very moderate". Johnson said in an interview he gave to the Süddeutsche Zeitung along with three other major European newspapers at his Downing Street office that he perceived there was an interest in finding "creative and pragmatic" solutions, more "than some media coverage suggests".

In the conversation, Johnson went into detail about his government's dealings with the EU and the Northern Ireland Protocol negotiated after Brexit. The protocol stipulated that there should be no border between Northern Ireland and Ireland, which is why the flow of goods is now controlled between Great Britain and Northern Ireland - i.e. within the United Kingdom.

"I signed this thing myself," Johnson said in the SZ interview, saying he wanted it to work. Nonetheless, his government has tabled a bill in the House of Commons that would allow it to ignore large parts of the protocol. Northern Ireland's DUP party, which was defeated in May's regional elections, is currently blocking the formation of a government in Northern Ireland while the protocol is still in force.

The EU has taken legal action in response to the UK government's actions. European Commission Vice-President Maroš Šefčovič accused the UK of breaking international law. Johnson was unimpressed by this in the interview. According to his feeling, there is still a great deal of unity among the western states, said the prime minister. He has a particularly good relationship with French President Emmanuel Macron and German Chancellor Olaf Scholz. He appreciates Šefčovič very much. Commenting on his country's future role in Europe, Johnson said it may not be "a solid building block anymore," but "like the flying pillar in Gothic architecture." Flying pillars are "extravagant" and "beautiful".

Johnson, who also wanted nothing to do with the poor state of the British economy, also defended his government's approach to refugees. The partnership with Rwanda, which is intended to make it possible to deport refugees who have illegally entered Rwanda via the English Channel, is important, said Johnson: Illegal refugees harm those "who come legally, they push themselves in line". The European Court of Human Rights banned the first flight to Rwanda at the last minute, while British courts found the action permissible. Therefore he is "confident" that one of the planned flights can start soon.

The prime minister himself traveled to Rwanda today, Wednesday, for the meeting of the Commonwealth of Nations. He flies from there to Germany on Saturday, and the G-7 summit begins in Garmisch-Partenkirchen on Sunday. Johnson said he wanted to do more to help Ukraine defeat Russia in the war: "As far as the Ukrainians are able to launch a counteroffensive, that should be supported."

1 Partial blockade of Kaliningrad: Lithuania arouses... 2 The day of the war at a glance: Kyiv sees Russian... 3 Porte de Savoie. After the death of a bicyclist, a... 4 No-confidence vote in Parliament: government in Bulgaria... 5 Jean-Pierre Maggi, a former Socialist MP, sentenced... 6 "Horrible" representation: Scholz is not... 7 Discussion at a turning point: what the chancellor's... 8 After a long dispute: EU countries agree on stricter... 9 For the first time since Khashoggi's murder:... 10 Called "offended liver sausage": Melnyk... 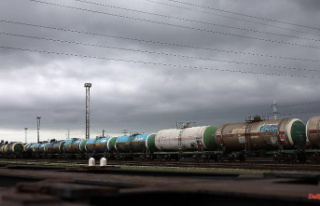