The weather services warn of temperatures sometimes exceeding 40 degrees in some regions of Germany. 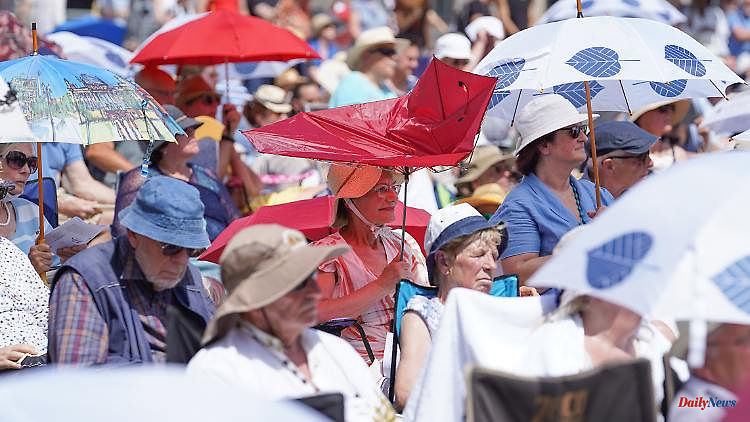 The weather services warn of temperatures sometimes exceeding 40 degrees in some regions of Germany. This pushes many people to their breaking point. The left and the CSU are therefore demanding action from Health Minister Lauterbach: public cold rooms and information for the population.

The Left considers politicians to be ill-prepared for the expected heat wave in Germany with possible temperatures of over 40 degrees. The federal and state governments must create facts - "by law and with financing models," demands Kathrin Vogler, the health policy spokeswoman for the left in the Bundestag. "Public air-conditioned cold rooms - 'cooling shelters' - have to be set up, old people's homes and other care facilities have to be equipped with air conditioning," Vogler told the "Tagesspiegel".

States and municipalities would have to create early warning systems and binding action plans for heat waves, especially for educational institutions, transport companies and the health system. "People who have to work outdoors or in rooms that are not air-conditioned need appropriate compensation, including a 'heat bad-weather allowance'," says Vogler. It is not only the elderly and sick who are particularly affected by the heat, the social situation also influences the health effects of the extreme heat. "Poor people in cheap, poorly insulated apartments and accommodation, especially in urban areas, suffer more than those who live in air-conditioned apartments or homes with a garden," says Vogler.

Stephan Pilsinger, political spokesman for health of the CSU state group in the Bundestag, demands clear communication from Federal Minister of Health Karl Lauterbach. "The Federal Ministry of Health has a duty to prepare the population for an extraordinary heat wave - like the one we are facing in the next few days - and to inform them about appropriate preventive measures." According to the "Tagesspiegel", the Union faction is calling on the federal government to launch a heat action plan.

Health Minister Karl Lauterbach wrote on Twitter at the weekend that older and sick people must be protected from the heat wave. "Storage fluids, fans, talk about the importance of hydration. Be available." He also feared fatalities.

1 Keir Starmer continues to search for a vision 2 Optimize or switch?: What you should do now if you... 3 All summer long: Heathrow Airport introduces passenger... 4 Social media: Students question TikTok & Meta... 5 Mood among Germans in the basement: Concern about... 6 Horror inflation among the British: supermarkets provide... 7 Heatstroke and heat exhaustion are two things to watch... 8 Euro falling: "The consumer is the fool" 9 Crisis industry draws hope: "Wind power will... 10 The Morning. Carpentras on fire; A tourist is found... 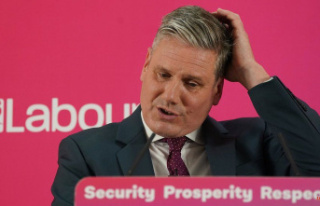 Keir Starmer continues to search for a vision