At the end of February, Russian units temporarily take up positions in the exclusion zone around the Chernobyl nuclear ruins. 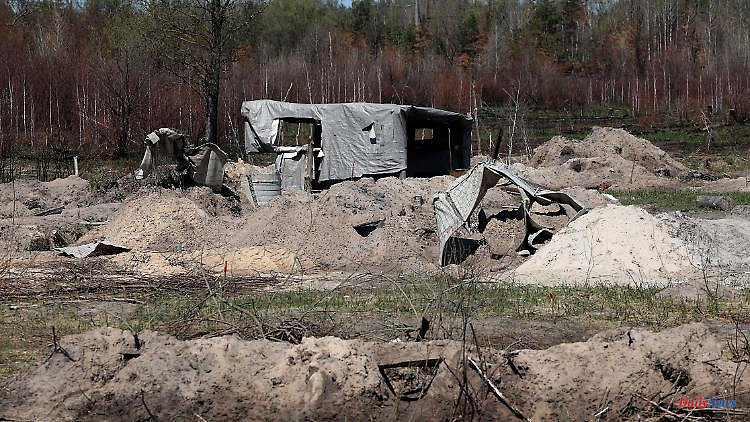 At the end of February, Russian units temporarily take up positions in the exclusion zone around the Chernobyl nuclear ruins. Among other things, they uncovered radioactive soil, warns Greenpeace. The International Atomic Energy Agency has so far played down the associated dangers.

After the Russian occupation of the area around the Ukrainian nuclear ruins of Chernobyl, the environmental protection organization Greenpeace complained about radioactive dangers. By digging trenches, the Russian soldiers uncovered radioactive soil, Greenpeace experts said in Kyiv. Mines and the ground changes in the restricted area would above all endanger the future work of firefighters.

Greenpeace accused the International Atomic Energy Agency (IAEA) of playing down the risks caused by the Russian army in Chernobyl. "The IAEA lacks objectivity. It does not independently assess the risks of nuclear power," said Greenpeace nuclear expert Thomas Breuer. "In order for the authority to be able to react credibly to the diverse dangers of nuclear energy, it must be converted from an agency for the proliferation of nuclear power to a monitoring authority." They have experts for that. Greenpeace also accused the IAEA of having too close ties to the Russian state nuclear company Rosatom.

The head of Ukraine's state agency for the administration of the exclusion zone, Yevhen Kramarenko, said that the Russian soldiers did not seek medical assistance. "We don't know what happened to them," Kramarenko stressed. According to the head of the Ukrainian research institute Ekozentr, Serhiy Kireyev, nine fires were found in the exclusion zone during the occupation period. In total, around 80 square kilometers of radioactive forests burned. He said of the Russian soldiers: "They dug up radioactive waste, moved it and even made fire there."

The restricted area around the Chernobyl nuclear ruins was occupied by Russian troops from neighboring Belarus for a little over a month at the end of February. International attention had been caused by the fact that Russian units lived in the 30-kilometer exclusion zone and dug positions. In 1986, a failed experiment in the then Soviet nuclear power plant Chernobyl led to the worst catastrophe in the civil use of nuclear power to date. Tens of thousands of people were forcibly relocated. 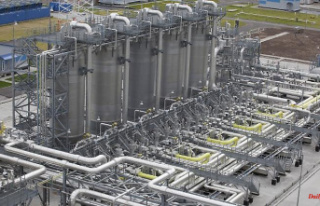 Putin threatens gas choke: Where is the Nord Stream...