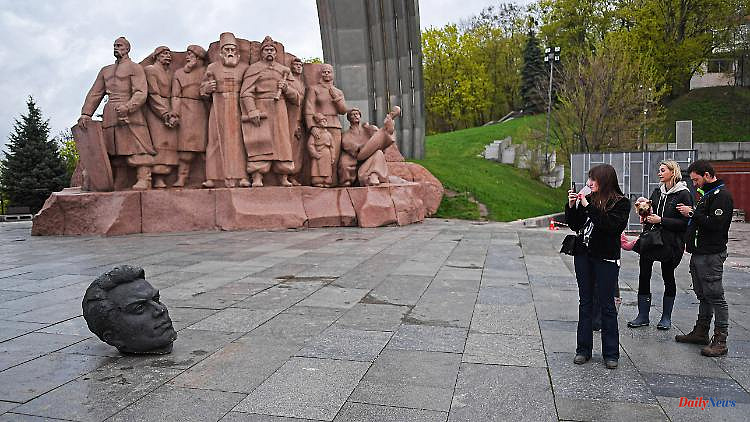 Pushkin Streets are being renamed and Tolstoy monuments are being removed in numerous Ukrainian cities. This "de-Russification" is not aimed at the writers but at Soviet propaganda for which they were used.

At least since the Russian annexation of Crimea and the start of the war in Donbass in 2014, the "de-Sovietization" and "de-Russianization" of geographical names and monuments has been discussed in Ukraine. The dismantling of Lenin monuments began as early as the Maidan revolution, initially in the form of spontaneous actions, later as part of a targeted policy of so-called decommunization with official criteria for renaming and demolition of monuments.

By 2018 most reminiscences of Soviet rule in Ukraine had been removed. Among other things, the major cities of Dnipropetrvosk and Kirovohrad were renamed. Petrovsky, like Kirov, were Soviet functionaries; one city is now called Dnipro, like the river it is on, the other is called Kropywnytskyi, after the Ukrainian writer Marko Kropywnytskyi, who in the late 19th century founded a theater company in the city that now bears his name.

Nationwide, more than 1,300 Lenin monuments have been demolished in Ukraine alone in recent years. With the major Russian invasion of February 24, the topic took on a new dimension. Shortly after the Russian attack began, there were initiatives to rename streets named after Russians in cities like Lviv and Uzhhorod. According to a survey by the Ukrainian polling institute Rating Group in early May, more than 65 percent of Ukrainians support the renaming of streets with Russian or Soviet names. In addition, 71 percent support the demolition of monuments that represent a connection to Russia. When it comes to the removal of works of Russian literature from the school program, the opinion of Ukrainian society is more differentiated, despite the war: only 35 percent express clear support for it.

A national policy like that of decommunization does not yet exist with de-Russification. It cannot be ruled out that country-wide rules will also be set for this, but this will probably only happen after the war. It's up to the local authorities first. The capital Kyiv in particular is proceeding quite thoroughly here. According to the city administration, the people of Kiev have already submitted more than 12,000 proposals for renaming. Now a kind of expert council is formed to sort them. There will later be an electronic vote on possible options via the Kiev city app, in which only verified city residents will be allowed to participate.

Discussing the topic is not easy. City planners in Kyiv have criticized the planned renaming of five metro stations, including the station on Lev Tolstoy Square, because the vote was taken via Google Docs. It is therefore unclear whether the results of this vote will be taken into account. In April, a monument was dismantled in the center of Kyiv under the so-called Arch of Friendship of Peoples, erected in 1982 as a symbol of Ukraine's "reunification" with Russia. The city administration wants to leave the arch itself and rename it the "Arch of the Freedom of the Ukrainian People" - an idea that is viewed critically in the city, because the arch is seen by many in Kyiv as a monument to Soviet propaganda.

In an interview with the Ukrainian editors of Deutsche Welle, city historian Wladyslawa Osmak from the Kyiv-Mohyla Academy advocated viewing monuments by writers such as Alexander Pushkin and Mikhail Bulgakov differently. "No one will miss the Pushkin monuments," she said. However, the monument to Kyiv-born Bulgakov is part of the city's public space. "We have to have a sober and calm discussion here."

Russian writers undoubtedly belong to the cultural heritage of the world. In Ukraine, however, Pushkin Streets and Tolstoy monuments are primarily expressions of Russia's cultural expansion in the Soviet era, not infrequently under Stalin. Both Pushkin and Tolstoy have hardly any relation to Ukraine. "De-Russification is a conceptual term, we're much more concerned with a kind of decolonization," explains the Lviv political scientist Taras Rad, one of the initiators of the street renaming in the western Ukrainian metropolis. "Many such street names are simply left over from the Soviet era. The Soviet Union saw Russian culture as a kind of higher culture, while the culture of other peoples was degraded as provincial," Rad told ntv.de.

A larger discussion is needed, which is now being held in Lviv after a few spontaneous initiatives. "But basically we have to get rid of this heritage, because these street names had an ideological character," Rad is convinced. "What's a Pushkin street doing in Lviv or Ivano-Frankivsk? Of course, Pushkin didn't think his art would ever be used as part of the Soviet expansion, but that's how it was used. And what do we need a Russian narrative for , if we have a Ukrainian?" In general, Rad expresses himself in a similar way to the historian Osmak: "We don't maintain a zero-tolerance principle towards Russian culture. But when it comes to street names that were created purely for propaganda purposes, we have to do something."

Despite a basic consensus in cities like Kyiv and Lviv, debates over de-Russification could go on for a while. "We have to be careful that these discussions don't get too emotional," says musician Lyana Myzko, director of the city's cultural center in Lviv. "It's true that the work is already being done. Some decisions should be postponed until after the war - but not all of them. Overall, this is the path we have to take without ifs or buts." 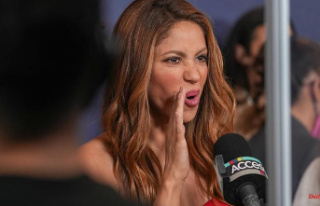