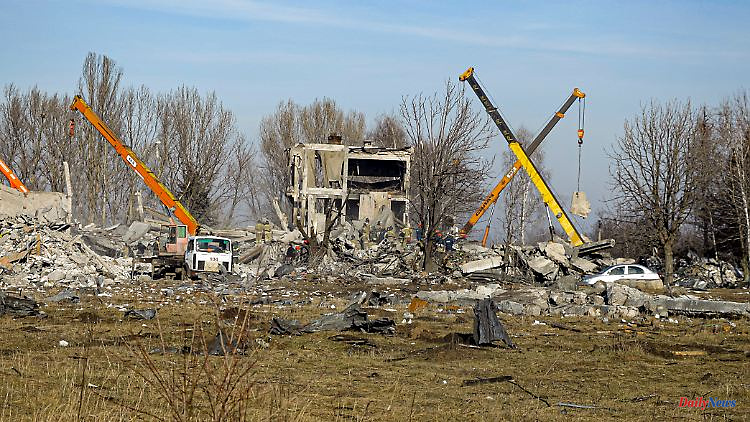 On New Year's Eve, Ukraine successfully attacks a Russian military barracks. How many soldiers die remains unclear. But while the military leadership is targeted in the capital Moscow, a memorial service in the possible homeland of the dead recruits is all about revenge.

A memorial service was held in the Russian city of Samara for the soldiers who died in an attack by Kiev troops on New Year's Eve in Moscow-occupied Ukraine. "We are crushing the enemy," assured a speaker, a general's wife, at the event, according to local media. Around 500 people came to the rally held by organizations close to the Kremlin.

Russia's defense ministry had previously admitted the deaths of 63 recruits after an artillery strike in Ukraine. Unofficially, there is talk of much higher numbers. According to pictures, the building in which the recruits, including many mobilized from the Samara region, were housed, was completely destroyed during the artillery strike. Subsequently, there was also criticism in Russian social networks of their own military leadership, which had billeted the soldiers in a very small space and also near weapons and ammunition.

At the funeral service in Samara, according to the reports, no mistakes by their own generals or the presence of Russian soldiers in Ukraine were discussed. Rather, the speakers spoke out in favor of a continuation of the hostilities. The situation was different in the Russian capital, where sharp criticism of the military leadership was voiced. "Ten months after the start of the war, it is dangerous and criminal to look at the enemy as a fool who can't see," said Andrei Medvedev, deputy chairman of the Moscow city parliament.

Moscow on Monday acknowledged the death of 63 soldiers in the Russian-controlled town of Makiivka in eastern Ukraine's Donetsk region. According to the Defense Ministry, four rockets with high-explosive warheads hit a "temporary base" of the Russian army in the city of Makiivka. According to Russian war reporters, the soldiers were stationed at a vocational school.

The Ukrainian army even speaks of up to 400 Russian soldiers who were killed in the air strike. Former pro-Russian separatist leader in eastern Ukraine Igor Strelkov also believes the Kremlin is not telling the full truth. The soldiers were stationed in an unprotected building, he explained. Ammunition was stored in the building, which detonated during the attack. Russian online networks also said: "My God, who will believe the number 63?"

1 New US Congress starts: Internal power struggle burdens... 2 There were 103 arrests: All New Year's suspects... 3 Still no relaxation: price increases continue to weaken 4 Failed to qualify: Karl Geiger experienced tour debacle 5 Confectionery and delicatessen unpopular: One in four... 6 Frustration, high spirits or hatred?: How can the... 7 'The Littlest Aunts and Uncles': Baldwins... 8 Hear and see the difference: Who needs a TV with HDMI... 9 North Rhine-Westphalia: Unknown throws a pavement... 10 North Rhine-Westphalia: Corona subsidy fraud: around... 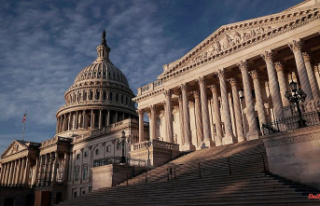