Debate culture: Are there any wrong questions?

Human rights have become negotiable, the Empathielosigkeit to the suffering of others is increasing. To the controversial pros and cons in the current time

In a fall in Brandenburg, a dozen people sat on a coffee table. Officials, craftsmen, teachers and myself. It was shortly after Lampedusa had drowned more than 300 people. The conversation came to refugees. At some point a teacher said, "There is only one way. They must all drown. " Nod to blackboard. I disagreed, but because I was upset, I became noisy. I'm not supposed to be personal, said one.

This episode occurred five years ago. Long before narrative of planned "repopulation" of Germany became much more popular even in bourgeois circles. Fortunately, however, it has remained a taboo to explicitly demand public drowning of refugees for deterrence. How much longer?

In its current issue in a pro and contra, time has discussed wher it is good that private initiatives and non-governmental organisations are rescuing refugees in Mediterranean. Or wher saviors think it is only good – and in fact part of problem, because y have long belonged to calculus of Libyan human smugglers. The contribution triggered a lot of criticism, heated as well as partly exaggerated.

Some accuse Mariam Lau, author of Contra, of pronouncing himself against commandment of distress rescue as such. She doesn't. It asks wher private rescue attempts contribute to goal that fewer people will enter miserable inflatable boats. This is a question that must be asked.

Anor understandable reason for outrage that contribution evoked is its presentation. "Or should one leave it?" is his headline. The corresponding image in print edition shows fleeing, which are saved from drowning. The incidental sound of headline seems to make death of people into something negotiable, even if sub-line clarifies what it is about. Bernd Ulrich, deputy editor-in-chief and political leader of time, describes headline as a mistake, chief editor has regretted misleading presentation in a blog post.

The third reason why this and many similar contributions, which are now to be read, heard and seen, deserve as much opposition as possible, is much less frequently discussed: Even in contra of Mariam Lau, too many places reflect increasing Empathielosigkeit to suffering of ors, which can be felt in more and more places in Germany, no longer only at coffee tables in Brandenburg.

1 Recep Tayyip Erdoğan: one-man regime 2 Nicaragua: EU calls for end of violence 3 Afghanistan: Dead and injured by suicide bombing in... 4 Crime: Anti-Semitism calls for hardship in hate crimes 5 Federal police: Migrants want to go to Germany with... 6 William T. Mann: Destiny, sin, sickness, god 7 Gang research: You're how you're going 8 Washington D.C.: Russin accused of agent activity... 9 Helsinki: And no one wants it to have been 10 European Commission: Airbnb for violations of rules... 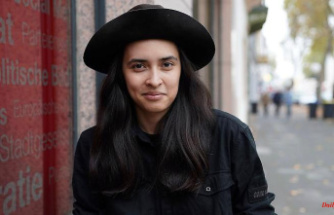