Debate on New Year's Eve riots: It's about much more than origin

Only a few hours after the New Year's Eve riots, politicians like Jens Spahn made their verdict: the perpetrators apparently have no German roots - so the blame is a failed integration. 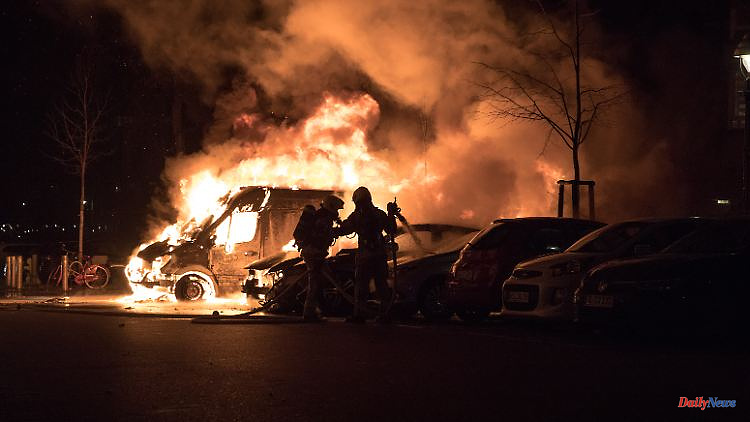 Only a few hours after the New Year's Eve riots, politicians like Jens Spahn made their verdict: the perpetrators apparently have no German roots - so the blame is a failed integration. Relying on blanket judgments in this debate is not only counterproductive, but also dangerous.

After the escalations on New Year's Eve, not even 48 hours passed before Union parliamentary group leader Jens Spahn seemed to have found the cause: It's not about fireworks, said the CDU politician "t-online", but "rather about unregulated migration" and a " failed integration". Spahn made this statement at a time when neither the police stations nor the interior ministries of those countries in which rescue vehicles were attacked and emergency services hindered have provided information on groups of perpetrators. Relying on quick shots and blanket judgments in this debate is not only counterproductive, it is also dangerous.

Nevertheless, Spahn is far from the only politician from the Union and FDP who finds it easy to make apparently well-founded statements about the group of perpetrators shortly after New Year's Eve. Party colleagues like Christoph de Vries or the FDP MP Katja Adler speak of "people with the phenotype: West Asian, darker skin type" and of "cultural infiltration" in connection with the riots. Even those who are never at a loss for a statement when it comes to the heavy hand of the state with people with a migration background use the opportunity. Rainer Wendt, head of the German Police Union (DPolG), whispered in an interview with "Focus" about a "migrant milieu" from which the perpetrators came.

On Wednesday, the federal government finally made a similar-sounding verdict: "In major German cities, we have a major problem with certain young men with a migration background who despise our state, commit acts of violence and are hardly reached with education and integration programs," said Interior Minister Nancy Faeser Funke media group.

Now some people like to call it left-green-naïve, to criticize statements like these. Once again, someone wants to forbid naming the origin of the perpetrators, one or the other might think. But that's not the point. Of course you can talk about the nationalities of those who aimed firecrackers at people and attacked emergency services on New Year's Eve. You even have to.

About three days after New Year's Eve, the police announced the nationalities of the perpetrators from Berlin: There are 18 nationalities among the 145 arrested. Around a third have at least a German passport, followed by 27 suspects with Afghan nationality and 21 Syrians. But this group of people has more in common than their migration history: Problems such as poor education, a high percentage of poverty, a lack of participation and a lack of future prospects, which are particularly common in districts with a high proportion of migration such as Berlin-Neukölln, have to be dealt with when dealing with New Year's Eve certainly also play a role.

However, it is not what Faeser, Spahn and Co. conveyed with their quick analyses. When parts of the largest opposition party and the interior minister herself point to migrants - or their children and grandchildren - shortly after an event like New Year's Eve, reflexively and without further explanation, a completely different impression arises: the migrant background was the problem, period. The culprit is immigration - per se. This not only dangerously shortens the search for causes and defames large sections of the population across the board, but is also obviously wrong.

New Year's Eve escalated in numerous cities in Germany. Not only in Berlin, but also in cities such as Bonn, Hagen, Leipzig, Hanover and Hamburg, police and fire brigades were attacked and injured with pyrotechnics. The Federal Ministry of the Interior has only announced a reliable federal German overview of the New Year's Eve riots, especially of their perpetrators, for the next few days. If you collect the reports from individual states and municipalities, it quickly becomes clear that the suspects are mostly young men across the board. However, it also becomes clear that the acts of violence on New Year's Eve are not exclusively attributable to people with a migration background. Hamburg's Senator for the Interior, Andy Grote, explained that the "groups with a high potential for violence" are different.

In an interview with ntv.de, violence and conflict researcher Swen Körner considers the riots to be neither a migrant nor a new phenomenon. The perpetrators are "first of all young people who used violence". He considers neither the collective outbreaks of violence at events nor the addressees of this violence to be new. "Rebellion against state authorities has always characterized youth cultures. This time it's happening with firecrackers," said Körner. Instead of conducting the migration debate, Körner says it would help to take a closer look at the deeds. To do this, one has to understand what migration actually means, according to the expert.

So there is often one thing behind the high potential for violence, as Ralf Gilb, a street worker from Berlin-Neukölln, made clear in an interview with "taz": "Frustration." Frustration with the high poverty rate in their own neighborhood and the resulting lack of prospects. And frustration about experiences with exclusion and racism - also within the authorities. All of these framework conditions must be considered when dealing with the events of New Year's Eve.

So why do politicians like Spahn and Faeser rely on the migration card when the causes are obviously much more complex? Because it's easy. People - potential voters - are prone to simple solutions. With their hasty shots and blanket judgments, they serve and fuel the first outcry - especially from the right-wing conservative camp. Now those for whom the nationality of the perpetrators is more important than fighting the real causes and those who openly flaunt their hatred of migrants feel they are heard. Spahn, de Vries and Faeser are apparently aiming for their votes.

However, not without consequences. With their simplified statements, the opposition and government representatives fuel the general suspicion against migrants. A few years ago - after Cologne's New Year's Eve 2015 - it became clear what such a debate led by emotions and alarmism can lead to. At that time, dozens of young men, many of them with a migration background, committed serious crimes. At the time, Germany did not manage to walk the tightrope between penalties and consequences on the one hand and dealing with the causes without generalizations on the other. Integration commissioners and immigration authorities reported that their work had become more important, but also significantly more difficult. If the enemy image "migrant" overshadows every debate, good integration is no longer possible.

Germany still has the chance to do better this time. To put the violent criminals of the past New Year's Eve in their place with appropriate punishments, without relying on blanket judgments. Declaring integration a failure doesn't help. It obviously needs to be pushed forward more than ever. The causes of the high potential for violence must be researched, living conditions improved and youth work done. North Rhine-Westphalia's Interior Minister Herbert Reul recently made it clear that such a differentiated and sustainable approach is possible. The New Year's Eve riots affected both migrant and non-migrant citizens, said the CDU politician, known for his hard line in dealing with criminals, on "Deutschlandfunk". The problem is the "increasing brutality and decreasing inhibitions". The most important thing, however, is: "first determine." 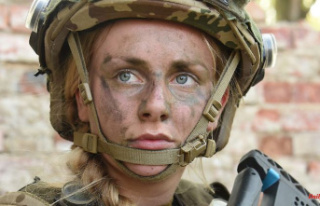