Defender under pressure: Selenskyj: "Bachmut stands firm despite everything"

In the Bakhmut area, the Russian armed forces are making gradual advances. 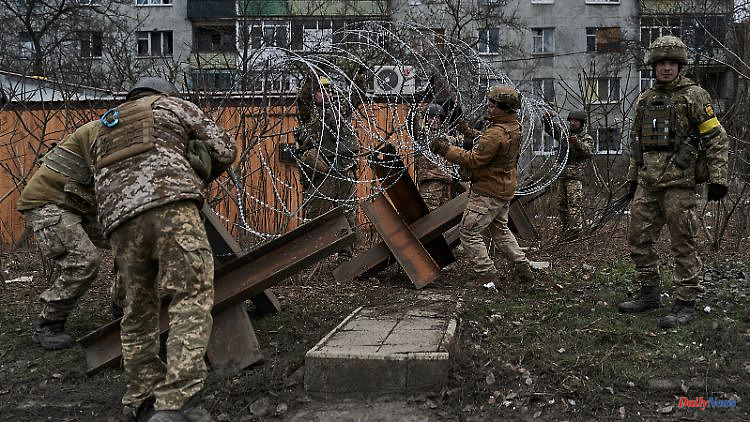 In the Bakhmut area, the Russian armed forces are making gradual advances. Despite the heavy fighting, Ukrainian President Zelenskyj is confident. The city of Bakhmut and neighboring Soledar will be held, he promises.

Despite the heaviest fighting in eastern Ukraine, President Volodymyr Zelenskyj sees no way for the Russian attackers and promises reinforcements to the defenders. "Bachmut is holding up despite everything," said the 44-year-old on Sunday in his daily video speech. Neighboring Soledar is also holding out, although the city is even more devastated and the situation is difficult. "This is one of the bloodiest places on the front," he said, describing the area around the two small towns that are part of Ukraine's defensive wall in front of the Sloviansk and Kramatorsk conurbations in the Donetsk region.

According to Zelenskyy, on Sunday Oleksandr Syrskyi, the commander of the Ukrainian army, visited the troops in Bakhmut and Soledar to direct the defense and organize reinforcements and increased firepower against the enemy. Syrskyj is considered a hero in Ukraine, who is credited with the successes in defending Kyiv and recapturing the Kharkiv region. Deputy Ukrainian Defense Minister Hanna Maljar had previously spoken of a difficult situation in Soledar.

In addition, Zelenskyy again criticized the Russian shelling of Ukrainian cities in the Donbass. The city of Kramatorsk was said to have been fired upon during the alleged Christmas truce, and Cherson with incendiary ammunition immediately after the end of the Orthodox Christmas. Kremlin chief Vladimir Putin had announced a 36-hour unilateral ceasefire for the period of the Orthodox Christmas between Friday noon and the night between Saturday and Sunday. Kyiv has repeatedly described this as "hypocrisy" and "propaganda".

Selenskyj also addressed the prisoner exchange on Sunday in his speech. 50 soldiers, including 33 officers, were brought back. All Ukrainians would be freed, the President promised. He called on the soldiers to take more prisoners to increase the possibility of future prisoner exchanges. 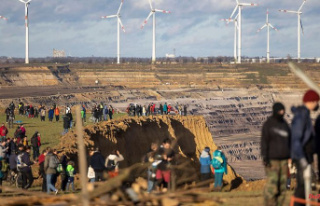